Obama sets the tone for the next four years 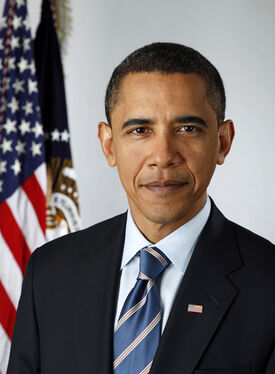 Photo: Actions taken by Obama during his first 100 days in office shed light on the course his term will take. Picture courtesy of whitehouse.gov

Photo: Actions taken by Obama during his first 100 days in office shed light on the course his term will take. Picture courtesy of whitehouse.gov

With a country in the midst of a deep depression in 1933, President Franklin D. Roosevelt enacted sweeping New Deal policies during his 100 days, invariably painting the 32nd president as a man of swift action. President George W. Bush used the time to seat an ideologically conservative cabinet, push through a massive tax cut and enact No Child Left Behind in 2001.

President Barack Obama is faced with some of the toughest challenges in recent history. Obama has had to juggle dire economic problems and complex foreign policy issues, implementing bailout packages and attending diplomatic meetings. At home and around the world, Obama's actions in these 100 days will have a lasting impact on the rest of his term.

The global economic collapse triggered by subprime markets is undoubtedly at the forefront of Obama's domestic agenda. Bush created a $700 billion stimulus package to help combat some of the economic problems generated by Wall Street, but Obama has taken further action to prevent damage to the middle and lower classes.

Responding to public outcry over million-dollar salaries and bonuses granted to executives of bailed-out companies such as American International Group (AIG), Obama announced that such executives would have their salaries capped at $500,000. By restricting companies and their executives, Obama aimed to instill public confidence and reduce financial waste.

He then facilitated the passage of The American Recovery and Reinvestment Act of 2009, a bailout package designed to improve the overall economy. Democrats and Republicans both disagreed on the bailout plan; Democrats favored government spending, whereas Republicans favored tax cuts. On Feb. 17, Obama signed a $787 billion bailout that had passed 246 - 183 in the House and 60 - 38 in the Senate.

Photo: Circuit City, formerly based in Va., was one of many businesses forced to shut down by the economic downturn. Picture courtesy of The Washington Post

Photo: Circuit City, formerly based in Va., was one of many businesses forced to shut down by the economic downturn. Picture courtesy of The Washington Post

The plan calls for spending in many different areas, including research, education, healthcare, energy, housing, employment and tax relief. Key components of the legislation include $40 billion to increase unemployment benefits, $88.6 billion to finance Medicaid, $116 billion to fund income tax credits, $750 million to maintain existing forms of public transportation and $600 million to remove hazardous wastes from the environment. While most stimulus money has been distributed, some of the spending still needs to be allocated over the next few years.

Although it was apparent that voting for the package was based on party lines, communication between both parties was noticed. While Congress debated the plan, Obama offered to talk to concerned congressmen and senators about the bailout.

Obama then coordinated a bailout of people who would soon have their houses foreclosed. Expected to save five million homes from foreclosure, the plan urges banks to provide low-interest loans and refinancing options to people that cannot afford their current mortgages.

While Obama worked with troubled automakers in Detroit, he collaborated with Treasury Secretary Tim Geithner to find a way to encourage loans. On March 23, the Treasury Department unveiled its plan to create companies that will buy toxic assets and therefore create a market for them.

Obama finished implementing his plan one week later, providing automakers with enough money to operate for several weeks but requiring them to completely restructure their organizations. If these automakers fail to restructure, they will be forced to file for Chapter 11 bankruptcy.

As part of the War on Terror, Obama inherits dual conflicts in Iraq and Afghanistan. Both are unpopular and have cost the country countless lives and billions of dollars.

In Iraq, Obama is making good on his campaign promise to withdraw American forces. On Feb. 27, he announced a timetable for withdrawal, under which the current force of 142,000 U.S. troops will be reduced to at most 50,000 troops by August 2010. The remaining troops would serve in a logistical capacity, conducting only targeted counterterrorism missions and providing training to Iraqi forces. Under the plan, Iraqi troops would take over - and the remaining American troops would leave - by the end of 2011.

Obama is stepping up America's military presence in Afghanistan; however, replacing Iraq as the central front for the War on Terror. On Feb. 17, he announced the deployment of an additional 17,000 soldiers to reinforce the 38,000-man occupying force currently stationed in the country. On March 27, this plan was modified to include another 4,000 troops and hundreds of civilian specialists. Obama is also pursuing closer relations with neighboring Pakistan in an attempt to crack down on terrorist activity, as indicated by a $1.5 billion aid package to Pakistan introduced alongside the redeployment.

The Bush administration's special brand of tight-fisted diplomacy left European allies a little miffed, to say the least. During his appearance on the world stage, a recent tour of Europe that included three geopolitical summits - the Group of Twenty (G-20) conference of industrialized nations in London, the North Atlantic Treaty Organization (NATO) summit on the French border and the European Union (EU) meeting in Prague - Obama found that the continent's neigh-ubiquitous hatred of his predecessor has helped his popularity skyrocket.

Photo: A massive crowd converges in Berlin to hear Obama speak. Though wildly popular amongst European citizens, European governments are hesitant to lend their support. Picture courtesy of The Washington Post

Photo: A massive crowd converges in Berlin to hear Obama speak. Though wildly popular amongst European citizens, European governments are hesitant to lend their support. Picture courtesy of The Washington Post

Unfortunately, their governments aren't nearly as receptive, and solid European commitment to his proposals for the economy and Afghanistan still remains tenuous. Obama went into the conferences asking for more bailout money for the global economy and more troops for Afghanistan. Verbally, Europe expressed its solidarity. "We totally endorse and support America's new strategy in Afghanistan," French President Nicolas Sarkozy said.

Support never went much farther. European governments were hesitant to commit their own forces to what many perceive to be America's problem. Economically, Europe demanded greater regulatory oversight before it would consider infusing additional funds into the global economy. David Axelrod, Obama's senior adviser, called the tour a "great success." In reality, Obama came home empty-handed.

During his campaign, Obama promised to pursue "a world without nuclear weapons." He reiterated his pursuit of the agenda in Europe. To this end, his European tour included promises of a new treaty with Russia reducing both countries' nuclear arsenals.

Obama seems to favor increased diplomacy with hostile powers such as North Korea and Iran, which have active uranium enrichment programs that could be used to create nuclear weapons. With Iran especially, Obama has moved from America's anti-negotiation policy to one that allows for direct talks between the United Nations (U.N.) and Tehran concerning its nuclear enrichment program. On April 14, he announced yet another unprecedented shift in policy, allowing negotiations to start before Iran suspends uranium enrichment.

Obama will have to reconcile this new position with a frustrated Israeli government, a key regional ally threatened by Iran's program. Israel has a history of preemptive attack against perceived nuclear threats, bombing an Iraqi nuclear reactor in 1981 and a suspected nuclear facility in Syria in 2007. Iran is cognizant of this security hazard - on the same day as Obama's announcement, Iran filed a complaint with the U.N. about Israeli "threats."

The situation in North Korea is much less predictable. After launching a long-range rocket on April 5 amidst world condemnation, the country's dictator, Kim Jong Il, withdrew his country from negotiations, saying there was "no need" for them. Time will tell whether these belligerent actions are more bark than bite.