Half a season gone – who deserves the hardware?

The New Orleans Hornets finished 28 games out of first place in the West last season. But the amazing play of point guard Chris Paul this year has guided the Hornets to a 34-15 record, only one game out of first place in the conference. Paul is averaging a double-double with 20.4 points per game and 10.9 assists per game and has turned the Hornets into title contenders. Each season Paul has raised his scoring and assists average and this season is turning those stats into wins. 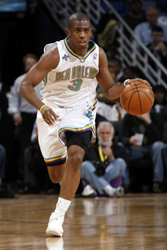 Photo: Point guard Chris Paul has run the New Orleans Hornets to the top of the Western Conference this year.

Photo: Point guard Chris Paul has run the New Orleans Hornets to the top of the Western Conference this year.

The Cleveland Cavaliers have won more games in the fourth quarter this season than any other team and it's all thanks to King James. Surrounded by limited talent all around, LeBron has somehow managed to put together another jaw-dropping season after taking his team to the NBA Finals in 2007. His Jordan-worthy numbers (30.1 ppg, 7.2 apg, 7.8 rpg) alone shouldn't be enough to hand him the award, but his on-court vision and leadership has been phenomenal this year. In the past, critics scoffed at his pass-first attitude in the closing moments of games. His fifth season has been a different story though, as the Cavaliers have won an NBA-high 17 games after trailing in the fourth quarter. James has been responsible for this himself; with a 48-minute projection of his fourth quarter stats, he would be averaging 46.9 ppg. Chris Paul will probably get credit for fueling the Hornets to the top tier of the West, but we're talking about a big forward that does just about everything: pass, rebound, shoot the three, win, you name it.

The obvious choice would be Seattle swingman Kevin Durant who is scoring with the best. But Al Horford is getting his team something Durant isn't: wins. His Atlanta Hawks are in seventh place in the Eastern Conference while Durant's Sonics are tied with Memphis for second to last in the Western Conference. Horford isn't putting up big numbers, but his 9.2 points and 9.8 boards per game are fueling him as a key role-player for the Hawks. 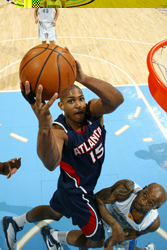 Photo: Atlanta Hawks rookie center Al Horford has held his own in the paint against some of the NBA's most proven stars.

Photo: Atlanta Hawks rookie center Al Horford has held his own in the paint against some of the NBA's most proven stars.

The former Florida star has made the best transition to the pros of the entire rookie class, finally fulfilling the Hawks' longstanding need for a hard-working center. Horford leads all rookies with 9.8 rebounds per game and contributes nicely on the defensive end of the floor. Offensively, Horford's skills are still raw but at least he shows some discretion in his shooting. Watching Kevin Durant's shot selection on most days is excruciating; most NBA players can put up 20 points a game given 20 shots. Horford's first season might be tainted by the flagrant foul that sent T.J. Ford back to the hospital with neck injury, but Horford was extremely apologetic, showing great class in its aftermath.

On the league's best team, Rajon Rondo may not get all the attention that the Big Three does, but he sure plays well. Rondo has become the quiet leader on the Celtics and has picked his play up tremendously from last season. Rondo has started all games he has played this season and his numbers are up considerably. He is averaging 10.2 points per game on 49.6 percent shooting, up from 6.4 points per game and 41.8 percent shooting in his rookie season. Even more impressive, Rondo has stepped up off the glass, seizing 4.5 rebounds per game even with board hounds Paul Pierce and Kevin Garnett in the mix. It's quite the feat for the diminutive 170-pound speed man – of all point guards, only overly buff Jason Kidd and Baron Davis average more.

When Kobe Bryant advocated trading the 20-year-old in a package for aging point guard Jason Kidd, Bynum didn't lose spirits. He sought to work harder and prove himself to the NBA's best player in practice and on the court. Offensively, Bynum has taken control in an offense that tends to spotlight Kobe more than anyone else. He makes the most of his 8.5 shots per game by converting a league-high 63.6 percent of them. On the other end of the floor the kid is an absolute monster, pulling down 10.2 rebounds and swatting away 2.1 shots per game, both major improvements from last year. Slashers have to think twice before entering his paint. His play upon return from injury this year will be the make or break moment for the 7-footer. With Bynum's progress this season, the Lakers can start to breathe easy in the future when they don't have number 24 to take over games. 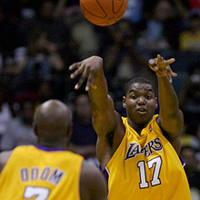 Manu Ginobili gets the occasional start, nine times this season, but usually comes off the bench for the defending champion Spurs. Ginobili is averaging 19.5 points per game and is shooting nearly 40 percent from three-point land. Ginobili can stretch the defense with his three-point accuracy, but can also drive and get to the rim or foul line. On defense, Ginobili is a pest that gets in shooters' faces and can also force the turnover with ease. The Argentinean averages 1.7 steals per game, which puts him into the top 15 for that category. 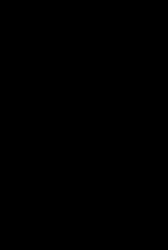 Photo: Leandro Barbosa's jump shot, coming off the bench, has been a real spark for the Phoenix Suns.

Photo: Leandro Barbosa's jump shot, coming off the bench, has been a real spark for the Phoenix Suns.

This speedy Brazilian has accomplished far more than the Phoenix Suns could have hoped, for the second year in a row. Coming off the bench when two-time MVP Steve Nash takes his scheduled breaks, Barbosa has basically become the third offensive option on the loaded Suns, averaging nearly 17 ppg to go with a couple of threes to stretch the defense. Barbosa obviously has starter talent, but coach D'Antoni's decision to start him on the pine allows for the team to keep up their 7-seconds-or-less offense upbeat for a full 48-minute game.

No one can deny what Doc Rivers has done for the Celtics. After Boston fans were left heart-broken at the draft when they failed to get Greg Oden or Kevin Durant, Rivers and the Boston front office brought in two amazing veterans in Kevin Garnett and Ray Allen. After only 24 wins last season, Rivers has brought the team past that mark already this season, with the Celtics touting the best record in the league at 41-9.

Portland gave up nearly every veteran presence opting to go young, setting the tone for many other rebuilding franchises like Memphis and Minnesota. But unlike the Wolves and Grizzlies, the Blazers haven't needed years to transition to the big guns in the league. They really haven't even needed one. McMillan has helped Brandon Roy become one of the better guards in the loaded West, turning him into an All-Star over the likes of Deron Williams and Baron Davis. Drafting Greg Oden first overall last year and then losing him for the entire 07-08 season was supposed to dampen the attitude of a team coming off of a 32-50 record, but McMillan has held the locker room together to really begin Portland's post-"Jail Blazers" era. It's unfortunate that the West has a bottomless supply of contenders - while the Blazers are currently seeded tenth in their conference, they would be seeded fourth in the East. 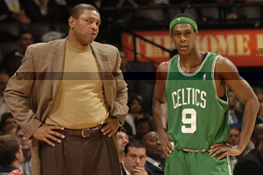 Photo: Doc Rivers has utilized his many options and helped transform point guard Rajon Rondo to lead the Boston Celtics to a league-best 41-9 record.

Photo: Doc Rivers has utilized his many options and helped transform point guard Rajon Rondo to lead the Boston Celtics to a league-best 41-9 record.

Before this season started, most people did not believe that Kobe would be playing for the Lakers. But he is, and just recently he received the help he's wanted since Shaq's departure. Kupchak and the Lakers front office acquired power forward Pau Gasol from Memphis to aid Kobe and Andrew Bynum when he returns. Kupchak has given the Lakers and Kobe all the tools they need to be a favorite in the postseason. 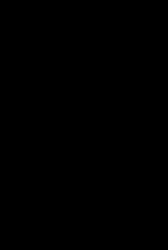 Photo: Mitch Kupchak has been under heavy pressure for a long time, but he managed to turn the fortunes around for the Los Angeles Lakers in 2008 by trading for star forward Pau Gasol of Memphis.

Photo: Mitch Kupchak has been under heavy pressure for a long time, but he managed to turn the fortunes around for the Los Angeles Lakers in 2008 by trading for star forward Pau Gasol of Memphis.

Kobe has been trying to run the Lakers organization since the Shaq trade to Miami and this off-season was no exception. He tried over and over to either get traded or to bring veteran Jason Kidd over for a quick shot at another ring. Kupchak took a passive role in dealing with Bryant's state of mind until January, when he acquired the 7-foot Spanish phenom Pau Gasol for virtually nothing. Perennial bust Kwame Brown, talented rookie point guard Javaris Crittenton, rights to Gasol's brother Marc and two first-round draft picks were all the Lakers needed to give up for the four-time All-Star. Some could argue that giving up Crittenton was a mistake, but improving guard play from second-year Jordan Farmar made him expendable. The Gasol trade might not have even been Kupchak's best decision this season. He decided to show some faith in young center Andrew Bynum instead of trading him for Kidd, and it's certainly paid off: Bynum is already on his way to becoming one of the more dominant low post players in the West.

All photos courtesy of Getty Images.