After the Redskins' megadeal to acquire the second overall pick back in March, the top two NFL choices are set. Andrew Luck and Robert Griffin III will be the first and second, but after that, picks are yet to be decided. In the pass-happy NFL, many teams will use this year's draft to support their individual franchise quarterbacks, while several others will be revamping on the defensive side of the ball. Here are the official SCO picks for this year's NFL draft: 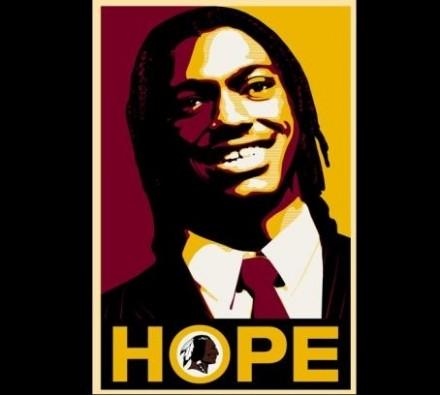 Photo: The Redskins traded four draft picks to move up and take Griffin III with the number two spot.

Photo: The Redskins traded four draft picks to move up and take Griffin III with the number two spot.

For a little while it came into question whether Luck or RG3 would go first, but according to an ESPN source, the Colts have told Luck that he will in fact be the first pick in the draft. Now all he has to do is fill Peyton Manning's shoes.

2.Washington Redskins: Robert Griffin III
The Redskins have a lot banking on this pick. They traded three first round draft picks and a second round pick so that they could move up four spots. If Griffin ends up as their quarterback for the next ten years, then they won't think twice about it, but that's a lot to expect from a 22 year old.

3.Minnesota Vikings: Matt Kalil
The Vikings already have a young quarterback in Christian Ponder and now they need to protect him. Matt Kalil is the most accomplished offensive lineman in the draft, and unless the Vikings get a great trade offer, Kalil will be hard to pass up.

4.Cleveland Browns: Trent Richardson
There has been a lot of discussion about the Browns potentially taking Quarterback Ryan Tannehill but I expect them to attempt to surround Colt McCoy with some dynamic offensive players. Richardson and Justin Blackmon are the top choices, with Richardson getting the nod.

5.Tampa Bay Buccaneers: Morris Claiborne
Claiborne is the best defensive player in the draft, and after giving up the most points in the NFL last year the Bucs need some defense. Claiborne can improve the defensive unit significantly, especially when playing Drew Brees, Cam Newton and Matt Ryan six times a year.

6.St. Louis Rams: Justin Blackmon
The Rams have the weakest receiving corps in the league, and this is nothing new. By trading their second overall pick, they will be set for future drafts and they should still be able to address their number one need this year with Blackmon.

7.Jacksonville Jaguars: Michael Floyd
The Jaguars are bad on both sides of the ball, but their offense is the bigger concern. Floyd would be a risky pick but his potential to help this team and provide a top target for QB Jake Locker is very high. In a perfect world, the Jaguars will find a suitor and trade down to fill several needs.

8.Miami Dolphins: Ryan Tannehill
Miami is in need of a quarterback and offensive coordinator Mike Sherman coached Tannehill in college. He's a good fit and he could energize a talented team, after filling a couple holes.

9.Carolina Panthers: Fletcher Cox
The Panthers need to bolster their defensive line. That means that they could choose a defensive end like Quinton Coples or Melvin Ingram or a tackle like Michael Brockers or Dontari Poe. Last, but not least is Fletcher Cox, the bruising defensive tackle out of Mississippi State, who will most likely be the pick for the Panthers.

10.Buffalo Bills: Riley Reiff
The addition of Mario Williams over the offseason should take care of at least one portion of the Buffalo Bills' defensive needs. Now they can add the protection that QB Ryan Fitzpatrick will need. 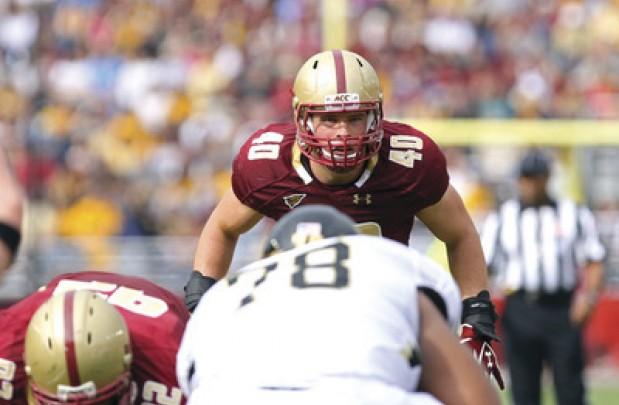 Photo: Kuechly is the all time ACC leader in tackles and will likely be the first linebacker picked.

Photo: Kuechly is the all time ACC leader in tackles and will likely be the first linebacker picked.

Ingram is a great pass rusher with unlimited potential. With the signing of Matt Flynn, they have no need to trade up for a chance at Tannehill and they can instead supplement their defense.

13.Arizona Cardinals: David DeCastro
The Cardinals are desperate to improve their O-line and DeCastro is one of the most polished, yet still nasty, players in the draft. He will be an immediate positive addition.

14.Dallas Cowboys: Mark Barron
If Barron is still here, the Cowboys will take him. If he isn't available, it is likely because the Cowboys traded up to ensure that they could get him. Barron is the guy the Cowboys need, and at safety, he will improve their defensive game.

15.Philadelphia Eagles: Quinton Coples
Coples is very talented and can bolster a lacking defensive front for Philly. His abilities should be harnessed well by defensive line coach Jim Washburn.

16.New York Jets: Courtney Upshaw
Rex Ryan is looking to revamp the defense and that could mean the drafting of any number of players. Upshaw will be the pick due to the Jets' need of a pass rusher.

17.Cincinnati Bengals: Dre Kirkpatrick
The Bengals need an offensive lineman and a corner. If DeCastro is available, then he will be the pick, but if not it is Kirkpatrick, who is the second best corner in the draft.

18.San Diego Chargers: Michael Brockers
The Chargers need defense. Brockers is versatile at tackle and he will help to ensure that Phillip Rivers does not need to put up forty points every game to have a chance at winning.

19.Chicago Bears: Jonathan Martin
It is well known that the Bears need help on the offensive line. The banged up Cutler will be happy to see Chicago take a great linemen out of Stanford.

20.Tennessee Titans: Nick Perry
The Titans need help to attack the quarterback, and with much of the defensive end talent taken, Perry may be the top choice.

21.Cincinnati Bengals: Kendall Wright
The Bengals need a second receiver to compliment Green, and if Wright is still available, he is a good pick. He is all over the draft boards and could be taken at any time, but if he is still here, then the Bengals can add a great option for Dalton.

22.Cleveland Browns: Stephen Hill
After going with Richardson fourth overall, a wide receiver becomes the Browns' next need. Stephen Hill would be a bit of a reach, but he could definitely help the team.

23.Detroit Lions: Stephon Gilmore
Gilmore is an absolute snag at 23. Cornerback is one of the biggest team needs and Gilmore is an excellent option. It is pretty likely, however, that he may already be taken at this point.

24.Pittsburgh Steelers: Mike Adams
Roethlisberger has been forced to run for his life too many times in the past few years. Adams will plug a hole at tackle and protect their franchise QB. 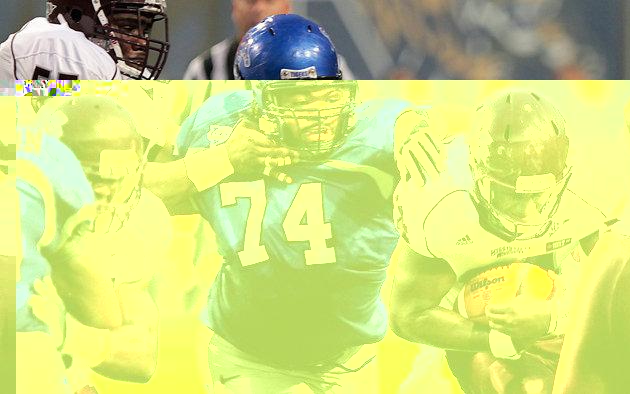 The Broncos are looking for a defensive tackle. It could be Brockers, it could be Jerel Worthy or it could be Poe – there are many options. Poe is a freak athlete who could make an impact.

26.Houston Texans: Dont'a Hightower
It is probably unlikely that Hightower will be here this late, but if he is the Texans should jump all over him. He will be a great replacement for Demeco Ryans, as well helpful in filling the defensive void left by Mario Williams.

27.New England Patriots: Shea McClellin
As they always do, the Patriots and Coach Bill Belichick will find a great value pick in McClellin. He is one of the best and most versatile linebackers in the draft.

29.Baltimore Ravens: Peter Konz
He is the top center on the board and the Ravens are in need of a better O-line. He could be hiking to Flacco for several years to come.

30.San Francisco 49ers: Cordy Glenn
Defense is certainly not a need for San Francisco, so Glenn will go a long way to bolster the offensive line. He has tremendous upside and may very well be taken much earlier than this.

31.New England Patriots: Kendall Reyes
Reyes is a strong pass rusher, and in addition to McClellin, will make this year's defensive unit much better than last year's.

32.New York Giants: Coby Fleener
The Giants are looking for another tight end and Fleener is a great player. Fleener will be a primarily receiving tight end with lots of versatility.