It's that time of year again! As 2014 has just begun, we can start looking forward to the movies that will be coming out. With new films based on people's favorite books, highly anticipated sequels and movies with more original stories to tell, 2014 is sure to excite. Here are some movies to watch out for.

The Fault in Our Stars
Release date: June 6, 2014
Based on the bestselling novel by John Green, well known on YouTube for being one of the VlogBrothers and the creator of Crash Course, a channel that creates academic videos. "The Fault in Our Stars" features Shailene Woodley as Hazel Grace Lancaster, a cancer patient who loves a book called "An Imperial Affliction" and whose parents force her to go a cancer support group. There she meets and falls in love with Augustus Waters, played by Ansel Elgort, a former basketball player who lost his leg to cancer and is now in remission. Directed by Josh Boone, the movie is scheduled for a summer release. Since "The Fault in Our Stars" is one of the most popular books at Blair, as well as in the Young Adult genre (at the moment, it is second on the Young Adult New York Times Bestselling list", which it's been for more than a year) it should be no surprise that many Blazers are excited for the movie. "I read the book and it was really amazing and I'm ready to see if the movie can be as good," sophomore Hunter Jones explains. Junior Harrison Zheng is also really excited for the movie. "I'm a John Green fan. He's had a lot of vlogs on set and he seems excited about it. If the author seems excited about it, it must be fairly good," he says.
Click to see the newly released poster here. 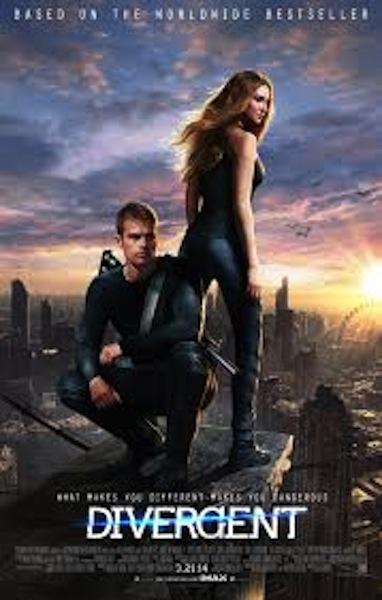 Photo: "Divergent", based on the bestselling book by Veronica Roth, will come out on March 21, 2014

Photo: "Divergent", based on the bestselling book by Veronica Roth, will come out on March 21, 2014

Release date: March 21, 2014
Based on the first book of the bestselling trilogy by Veronica Roth, "Divergent" features Shailene Woodley and Ansel Elgort. Sound familiar? It should. In this movie, however, Woodley and Elgort play brother and sister instead of boyfriend and girlfriend (weird, huh?). Woodley plays Beatrice "Tris" Prior, a girl who lives in a society where people choose to live in one of five factions based on the character trait they value most: Dauntless (Bravery), Abnegation (Selflessness), Erudite (Intelligence), Candor (Honesty) and Amity (Peacefulness). Tris finds out that she is Divergent, meaning she is suited for more than one of the factions and decides to switch factions from Abnegation to Dauntless. There she meets her love: Tobais "Four" Eaton, played by Theo James (Remember him as Kemal Pamuk in "Downton Abbey"?) and uncovers a sinister plot. The film also has many other well-known actors including Kate Winslet, Zoe Kravitz, Ashley Judd and Tony Goldwyn. Junior Lizzy Machielse is excited for the movie because she loves the books. "I'm excited to see how they put their own spin on it but I hope they don't ruin it! Most of the cast looks good," she says.
Click to see the trailer here.

22 Jump Street
Release Date: June 13, 2014
Channing Tatum and Jonah Hill are back as Jenko and Schmidt in the sequel to the hit 2012 film "21 Jump Street" which was based on the 1987 TV show. This time, Jenko and Schmidt go deep undercover at a local college. When they make new friends, they start questioning their partnership. Phil Lord and Chris Miller returned to direct this movie, which is currently being filmed. Many Blazers loved the first movie because it was hilarious and can't wait for the new one. "Channing Tatum and Jonah Hill are a classic!" freshman Urjita Das says.
Click to see the trailer here.

The Hunger Games: Mockingjay Part 1
Release Date: November 21 2014
Although "Catching Fire" is still in theaters (luckily for people who have had too much homework to go and see it yet, i.e. me), many Blazers are already excited to see Katniss Everdeen (Jennifer Lawrence) become a leader of the rebellion against Panem. The director of "Catching Fire," Francis Lawrence, returned to direct both parts of "Mockingjay,” which has already been mostly filmed. Unlike "Catching Fire," "Mockingjay" will not be released in IMAX. There are several new cast members in "Mockingjay” including Academy Award nominee Julianne Moore as President Alma Coin, Natalie Dormer of "Game of Thrones" as Cressida and Stef Dawson as Annie Cresta. Sophomore Dahlia Barg is most excited for this movie to come out. "I really liked the first two movies. My favorite characters are Gale (Liam Hemsworth), Peeta (Josh Hutcherson) and Finnick because they're attractive" she comments. Mockingjay Part 2 will be released in November 2015.

The Amazing Spider-Man 2
Release Date: May 2, 2014
Andrew Garfield and Emma Stone return as Peter Parker and Gwen Stacey, respectively, in the upcoming superhero sequel. In this movie, Peter struggles to balance school with the responsibilities of being Spider-Man. He starts investigating more into his father's past after the return of his friend Harry Osborn (Dane DeHaan) and starts finding out more about OsCorp. Peter also has to face two new villains Electro (Jamie Foxx) and the Rhino (Paul Giamatti). Shailene Woodley was originally cast as Mary Jane Watson (Another big movie in 2014? Woodley's on a roll) but her scenes were cut to streamline the movie. While many Blazers are excited to see the movie because they liked the first movie and the trailer looks really good, some people want to see it for other reasons."I'm going cause Emma Stone's in it!" junior James Lei says.
Click to see the trailer here. 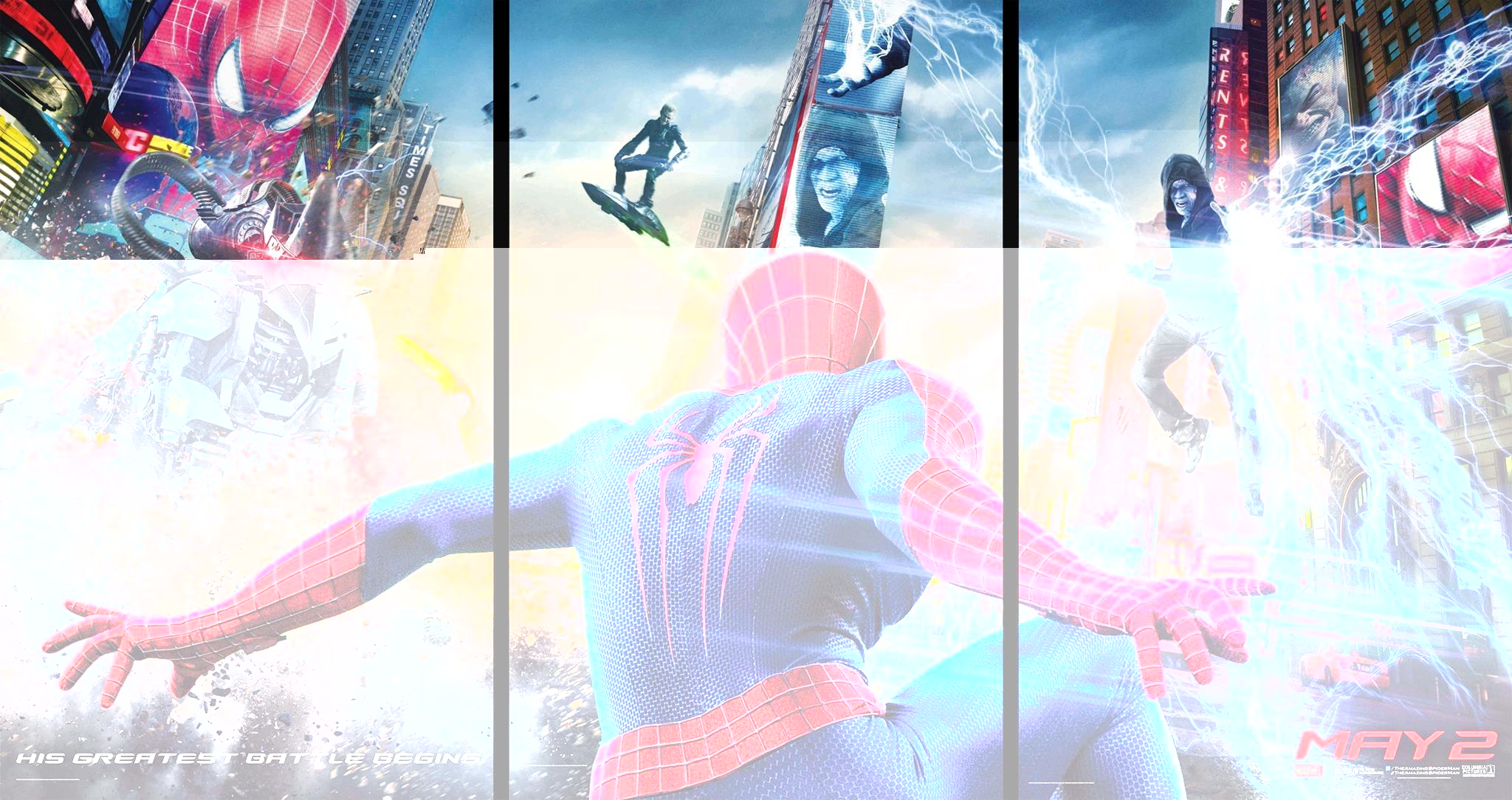 Photo: In "Amazing Spider-Man 2", Spider-Man will have to face Electro, the Rhino and maybe even Green Goblin

Photo: In "Amazing Spider-Man 2", Spider-Man will have to face Electro, the Rhino and maybe even Green Goblin

There are many other movies coming in 2014 that you should look forward to.

With so many exciting movies coming out, 2014 is going to be a lot of fun!

Tags: 22 Jump Street Divergent Spider-Man 2 The Fault in Our Stars The Hunger Games