The lowdown on professional women's soccer

Though the season will begin on April 12, fans of women's soccer are already excited: the official rosters for each team were finalized last Monday, and soccer experts are assessing each team's chances in the 2014 season. 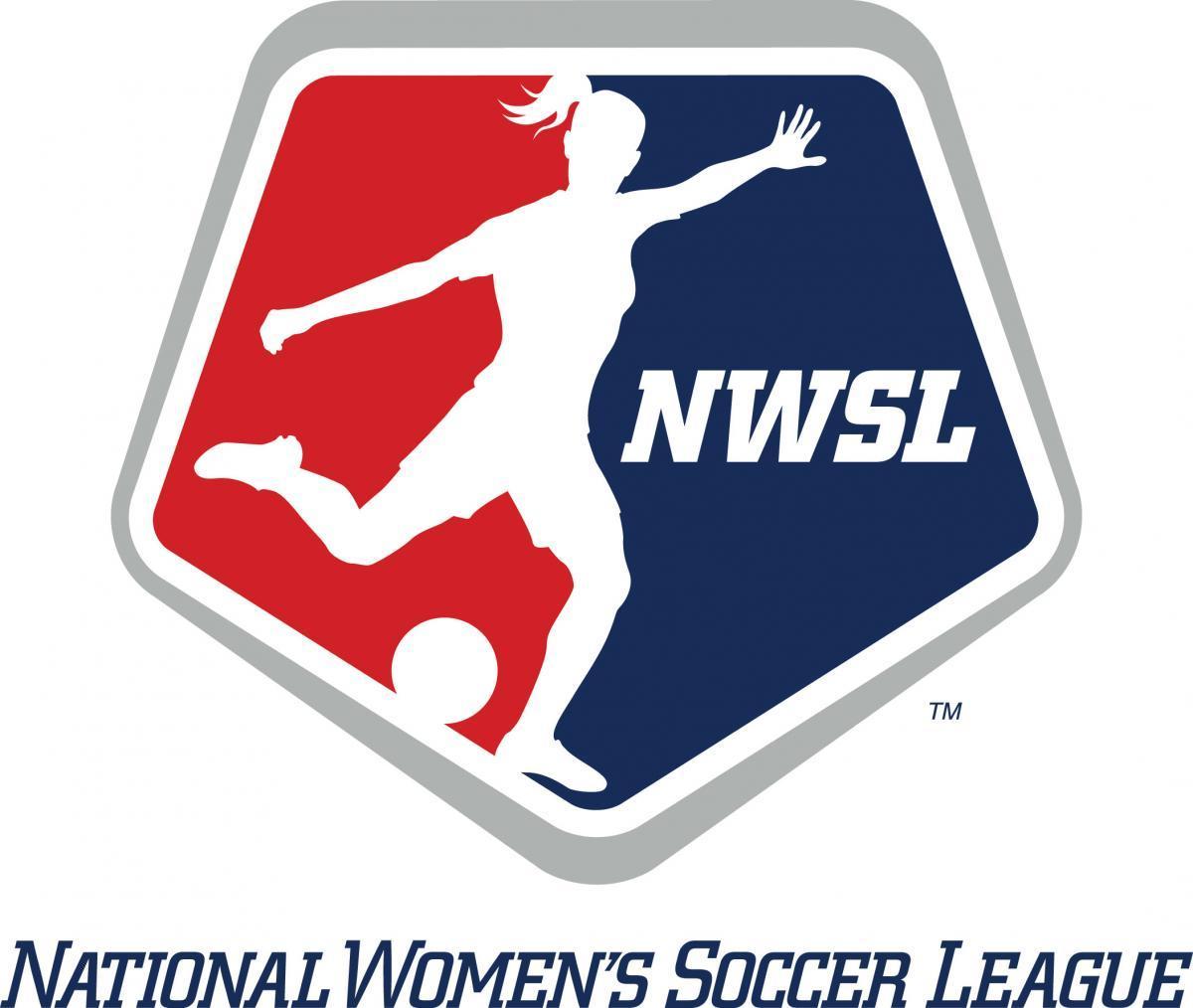 Don't be surprised if you've never heard of the NWSL—it only began last year. There have been three professional women's soccer leagues in the US in the past 13 years. Both the Women's United Soccer Association (WUSA) and Women's Professional Soccer (WPS) leagues lasted three years, but the NWSL was founded more on cautious optimism and renewed vigor than on any sort of money-making goals.

Let's take a look at last year's standings. The Portland Thorns won the inaugural season with a 2-0 win over the Western New York Flash. The Washington Spirit—DC's team—came in last with only 14 points. This year, the league has added the Houston Dash, a new team based in Houston, Texas.

The first wave of players came with national team allocations, in which 23 Americans, 16 Canadians and 16 Mexicans were distributed onto the eight original teams. Then, in the second wave of distribution, Houston allowed to pick ten players from the other teams—with certain restrictions, of course—in an expansion draft. Finally, the remaining members of each team were selected from the 2014 college draft. However, this was by no means the end of the process, as injuries, trades and new contracts continued to change the tentative rosters. The final rosters were released on April 7.

Though injuries may persist, there are enough factors solidified to be able to make a few educated guesses as to how the season will go. Here are SCO's thoughts on the upcoming NWSL season, organized by last year's standings:

1. Portland Thorns (defending champions)
Last year, the combination of Christine Sinclair and Alex Morgan was deadly—both scored eight goals during the season. Sinclair, Morgan and Rachel Buehler (now Van Hollebeke) were named to the NWSL's Best XI second team, and Tobin Heath was named the championship game's MVP. Currently, the Thorns are returning with all but one of their top players, having retained Morgan, Sinclair, Van Hollebeke and Heath. They've also signed German international goalkeeper Nadine Angerer, the reigning winner of the UEFA's Best Women's Player in Europe Award. Morgan, however, has been out since December with injury, and Portland coach Paul Riley has said that she will not be back before June at the earliest.

Prediction:
The Thorns are a strong team that will almost certainly be in the playoffs, but the loss of Morgan for at least half the season will undoubtedly complicate their chances.

2. Western New York Flash (current shield)
When you've got Abby Wambach, it's impossible to be pessimistic. Last year, Wambach had 11 goals and eight assists. Midfielder Carli Lloyd and Australian midfielder Samantha Kerr also provided support in the form of eight goals and five assists, respectively. Backed up by goalkeeper Adrianna Franch, who faced the most shots on goal and made the most saves in the league, and defender Brittany Taylor, who (along with Wambach) was named to the Best XI first team, the Flash did very well. Franch, however, tore her right ACL during the first week of the pre-season and will be out for the season, leaving the Flash to rely on Australian national goalkeeper Lydia Williams.

Prediction:
The Western New York Flash were just edged out of the championship last year, and you can bet they'll be making a solid run for it this year as well. The only real concern is the loss of Franch, which could be problematic. 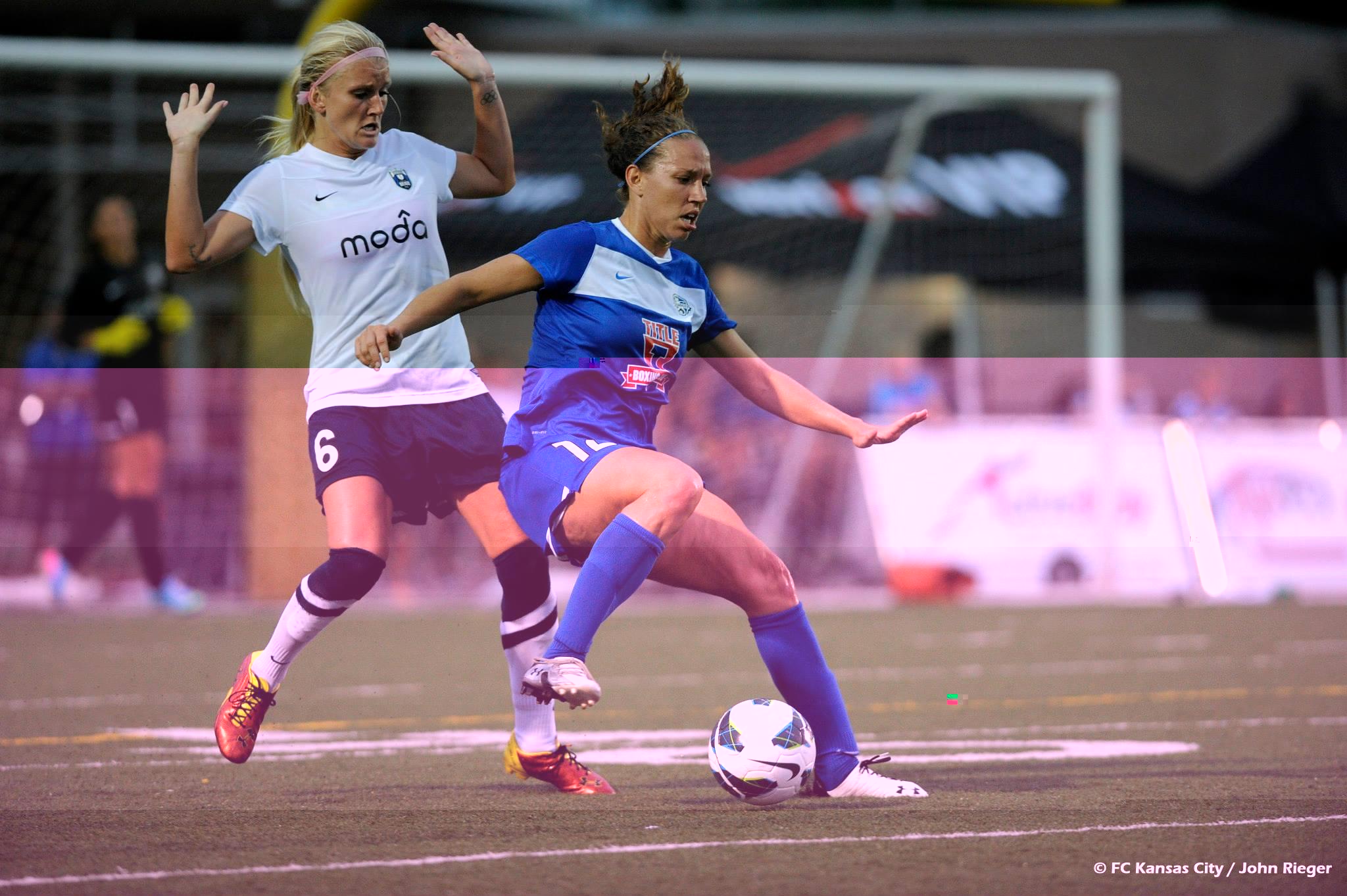 3. FC Kansas City
Midfielder Lauren Holiday led the league with 12 goals and nine assists last season, and received the Golden Boot and Most Valuable Player awards along with being named to the Best XI first team. Goalkeeper Nicole Barnhart, who received the Goalkeeper of the Year award for logging ten shutouts, was also named to the first team, making Kansas City the team with the most players on the Best XI first team. Defenders Leigh Ann Robinson and Becky Sauerbrunn (who will now be joined by defender Amy LePeilbet) and midfielder Erika Tymrak also proved indispensable. In the playoffs last year, the Portland Thorns only managed to beat them 3-2.

Prediction:
FC Kansas City is a talented team that just keeps getting better. After narrowly missing their chance at the championship game, they will certainly be making a solid run for it this year. Expect to see them in the playoffs for sure.

4. Sky Blue FC
Injuries prevented Sky Blue FC from playing to its full potential last season. Mexican international player Monica Ocampo led the team with eight goals, with Canadian international midfielder Sophie Schmidt second with seven. Katy Freels also distinguished herself with six assists. Goalkeeper Jill Loyden was out most of the season with an injured hand; however, keeper Brittany Cameron performed admirably, with a goals-against average of 0.945. Defender Christie Rampone, captain of the US Women's National Team, was named to the Best XI first team, and Australian international defender Caitlin Foord was named to the Best XI second team. Forward Kelley O'Hara was also a serious threat until her season was cut short with an ankle injury. Sky Blue FC could've been better, but still performed pretty well.

Prediction:
If the team can stay injury-free and offensive-based, they'll have a good shot at the playoffs this year; if not, they may end up forfeiting their current position.

Prediction:
The Boston Breakers are a little shaky right now. Unless the fresh-out-of-college players provide serious support, the Breakers will likely not make it to the playoffs.

6. Chicago Red Stars
Like the Breakers, the Chicago Red Stars have few returning allocations: midfielders Shannon Boxx and Lori Chalupny, the latter of whom was named to the Best XI first team with five goals and four assists, and forward Jen Hoy. Important new players include forward Christen Press and Melissa Tancredi along with goalkeeper Karina LeBlanc, defender Rachel Quon and forward Adriana Leon. Press, Tancredi and LeBlanc are all valuable assets. In addition, Chocago picked up midfielders Julie Johnston and Vanessa DiBernardo in the college draft, as well as forward Hayley Brock. Boxx, however, may be out for the beginning of the season due to a recent baby, Press will not be joining the team until at least the end of April and Tancredi is currently finishing chiropractor school.

Prediction:
Last year, the Chicago Red Stars suffered from injuries and a lack of experience. This year, they're glowing with talent. There's zero chance of Chicago finishing anything less than fifth. 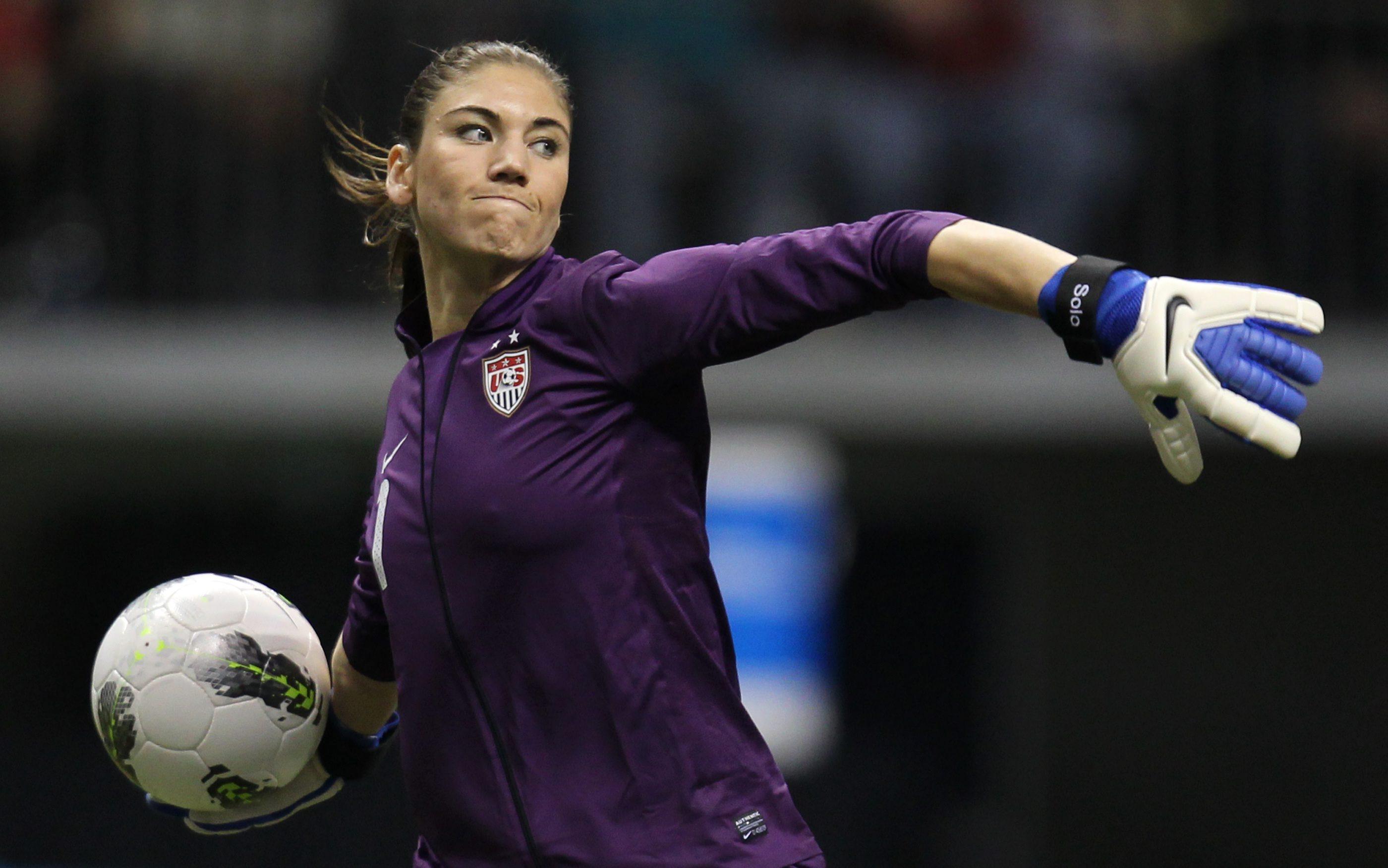 7. Seattle Reign FC
The Reign didn't do so well last season. All three of their US allocations missed a large portion of the season, and the team went 0-9-1 in their first ten games. However, with the return of goalkeeper Hope Solo and midfielder Megan Rapinoe, the Seattle was able to turn their record around and finish 5-14-3. Midfielder Jess Fishlock was named to the Best XI first team with four goals and Rapinoe was named to the Best XI second team with five goals and one assist. New important players, acquired through allocation and trade, include defenders Carmelina Moscato and Stephanie Cox, as well as forward Sydney Leroux. Leroux in particular will be a major asset, as she was named to the Best XI first team with eleven goals and two assists last season. Defenders Amanda Frisbie and Megan Brigman were selected from the college draft.

Prediction:
The roster still needs work—another strong forward would be good, as would another solid goalkeeper. But with the solid support of Rapinoe, Solo and Leroux, the Reign will push their way up from seventh place. At least they won't start 0-9-1 again.

8. Washington Spirit
Oh, the Spirit. As someone who attended almost all their home games, I for one am extremely hopeful that we will not suffer that level of pain again. The highlights: Canadian international midfielder Diana Matheson was named to the Best XI first team with eight goals and three assists, and defender Ali Krieger was named to the Best XI second team with one goal. The lowlights: total of 14 points over 22 games, over 450+ minutes without scoring and a winless streak of 13 games. Nevertheless, Krieger, Matheson, Robyn Gayle and goalkeeper Ashlyn Harris are all returning allocations. Captain Lori Lindsey is also returning. Additionally, the Spirit acquired midfielder Yael Averbuch and Mexican forward Renae Cuellar, along with English international forward Jodie Taylor, forward Danesha Adams and midfielder Christine Nairn. Those five will hopefully reinvigorate the Spirit's offensive line. Defender Crystal Dunn, who was the #1 pick at the college draft, will help strengthen the back line. The additions of forward Tiffany Weimer and midfielder Veronica Perez should also help.

Prediction:
With all the key returning players, along with the additions of Averbuch, Cuellar, Taylor, Adams, Nairn, Dunn, Weimer and Perez, DC might just have a shot at winning some games this year.