As we reach the end of July, tensions are rising faster than Seattle Reign's point tally. With three to six games remaining for each team, it's crunch time for the four or five teams who are fighting for the three spots left in the playoffs. Here's a brief overview of the current standings and what each team will need to do to secure their place in the playoffs. 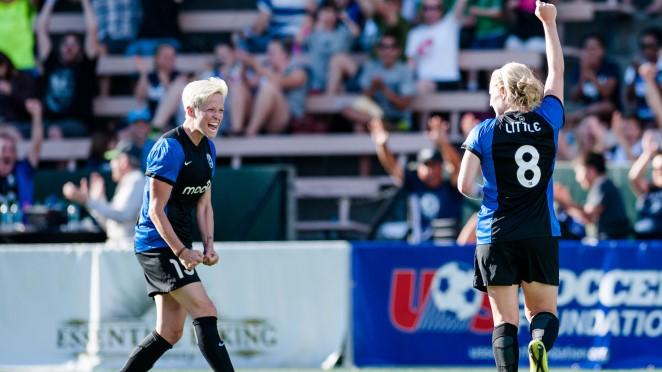 Photo: The Seattle Reign have already secured their spot in the playoffs.

Photo: The Seattle Reign have already secured their spot in the playoffs. Photo courtesy of NWSL Soccer.

We'd think that it was impressive that the Reign managed to clinch its spot in the playoffs over a month before semi-finals, but by this point, the levels of awe in our hearts are so high that we don't think we can fit much more. We would also be impressed that they've secured the NWSL Regular Season Shield weeks before the season even ends, but c'mon, was there ever a question of that happening?

All joking aside, the Reign are an incredibly impressive team, and they are gunning for that championship title. I for one fully expect them to receive it.

Kansas City is perhaps the most consistently dangerous team in the league's short history: coming into playoffs, they look prepared to make up for last year's 2-3 loss in semi-finals to the Portland Thorns. (Though they've not yet secured their spot, they will certainly have done so by next Thursday, after they play the Boston Breakers). All in all, FCKC is an across-the-board strong team, with every chance of making it to finals.

The only potential problem with the team is scheduling. Tonight, they will play their third of five games in two weeks—a rate that would be exhausting at any part of the season, but which is especially perilous given that it comes right before playoffs, when coach Vlatko Andonovski will need his roster as healthy and energetic as possible. "We got to find a way to keep everyone as fresh as possible and not hit a wall or get fatigued and not be able to recover for the playoffs," he said Wednesday. Barring that issue, however, FCKC is as ready as ever to take on a challenge.

The last three games of the season will be incredibly important ones for the Spirit: just barely in third place with 31 points, with two other teams hovering right behind with 30 and 28 points, they are desperately in need of wins. The Spirit has proven that they are capable of providing the necessary energy and power when needed—all the more so with new additions Kerstin Garefrekes, Niki Cross and especially Lisa De Vanna—but have in the past had trouble starting. "We need to come out guns blazing," midfielder Christine Nairn said. "You focus on things you can control, and that's grit."

The Spirit has considerable assets: a star goalie, solid defense, excellent forwards and strong passing and cohesion. All that's left is to put them into play. "We have no choice but to win, if we want to be in the playoffs," keeper Ashlyn Harris said. "It's a choice, how you walk out on the field." 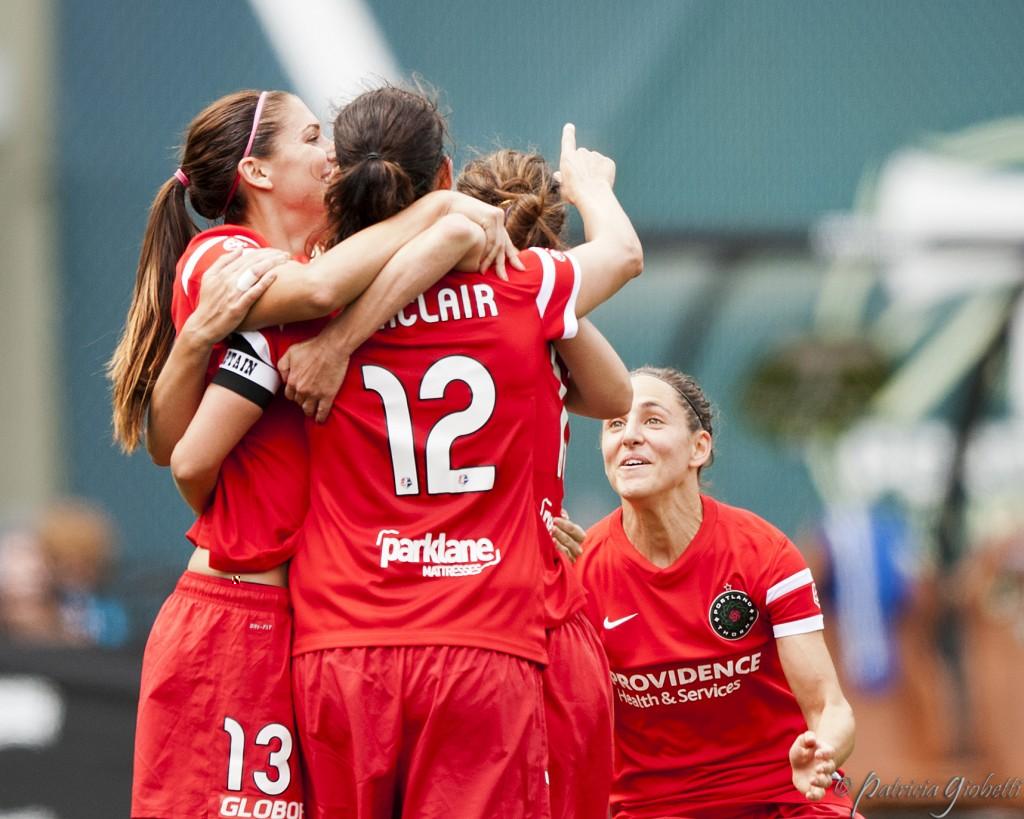 Photo: The Thorns are fighting hard to remain in the playoff pack.

Photo: The Thorns are fighting hard to remain in the playoff pack. Photo courtesy of The Equalizer.

Having been without forward Alex Morgan for half the season, the Thorns are now making a dash for the playoffs. They'll be looking to earn six points from their next two games against the Houston Dash and the Boston Breakers, and hopefully make up for the painful 0-5 loss to the Seattle Reign, which coach Paul Riley called "unacceptable." The potential absence of defender Rachel Van Hollebeke, who suffered a concussion last week, could present complications, as will the absence of midfielder Tobin Heath, out with a knee injury.

Though the Thorns have had a much rougher season than last year, they're still a powerful team with several key players who could help them fight their way to the semifinals. The next two games should help them out a lot.

A win for the Red Stars tonight against the Washington Spirit won't guarantee them a spot in the playoffs, but it'll help them out a lot. If both the Red Stars and the Thorns (against the Dash) win, the Red Stars will still be in 5th, but they'll be tied for points with the Spirit and only one win away from topping the Thorns. At this point, such theorizing is not just fun for fans: it's a source of hope for the last likely contender in the playoffs. Though only the Boston Breakers have been eliminated, the Red Stars are the only team not currently in the playoff pack that look to have a chance making it in.

Midfielders Lori Chalupny and Vanessa DiBernardo, forwards Jennifer Hoy and Christen Press and goalkeeper Karina LeBlanc are all serious assets, and they've got some serious incentive to start winning. The Red Stars have by far the lowest rates of goals for and against, which has worked in their favor so far, but now—with playoffs so near and standings so flexible—some goals would be a good idea.

As coach Aaran Lines predicted direly last week, the Flash are out of the running. Not in points—they could, technically, still make it to playoffs—but in heart. For a team that boasts star players and generally solid skills, it's been an underwhelming season. Injuries have been prevalent—the Flash lost their top two goalkeepers and two backs for all of the season and forward Abby Wambach for a big chunk of it—but on the page, they've had enough power to keep the team going.

Not so in practice. "There's been something about this group, where we've got so much talent but we really haven't been able to get it going," Lines said. With three games left, the team will begin to evaluate what went wrong and how they can fix it—though not in time for the playoffs. "Now we just have to play out the remainder of the games with some pride," midfielder Carli Lloyd said. Better luck next time, guys. 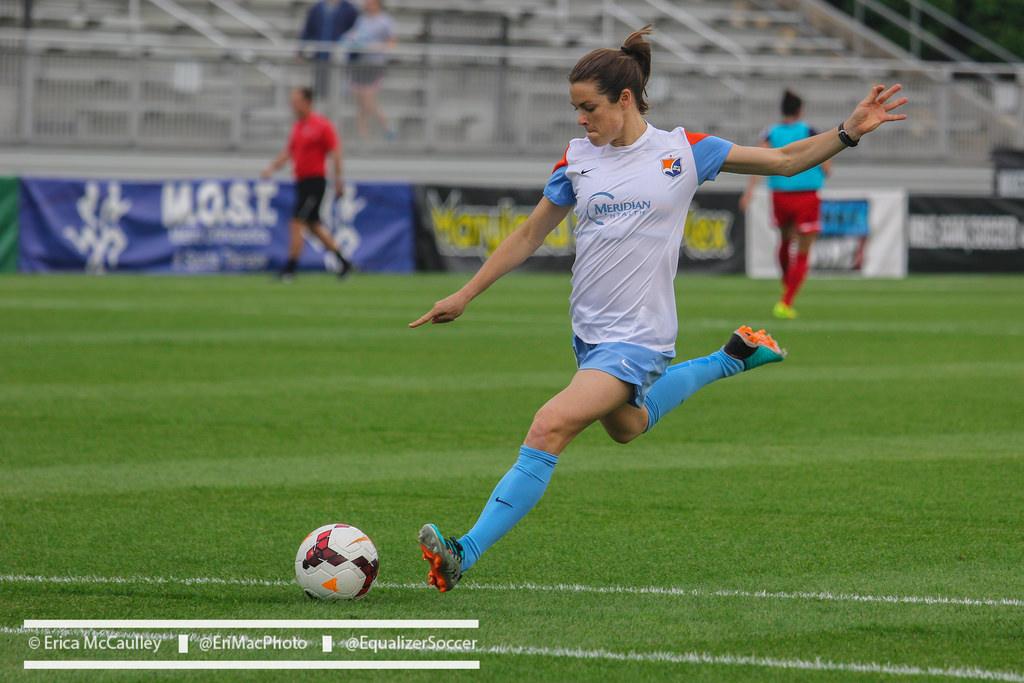 Though Sky Blue hasn't technically been eliminated yet, the experts' predictions were fulfilled: Sky Blue will likely come in 6th or 7th in overall standings. It's been a down year for Sky Blue, who last season competed in the semi-finals against the Flash. Despite stars such as midfielders Katy Freels and Sophie Schmidt, forward Kelley O'Hara and defender Christie Rampone, the team has been unable to successfully dominate games.

Sky Blue will likely be looking for a stronger offense next season, and possibly a couple more midfielders who can finish. They've been strong defensively, with Rampone and Caitlin Foord, but have had few other strikers than O'Hara and Freels.

It's perhaps unsurprising that this year's only inaugural team had trouble getting off the ground, particularly given that two of their most important players, Whitney Engen and Meghan Klingenberg, didn't arrive until late in the season. However, the Dash does boast some strong players—Becky Edwards, Ella Masar, Kealia Ohai, Erin McLeod and Tiffany McCarty—and 2015 is expected to be the Dash's real breakout year.

Adding to the Dash's problems is the NWSL's decision to implement mandatory water breaks for excessive climate conditions. Under the new procedure, water breaks must be given around the 30th and 75th minute if temperatures reach 89 degrees Fahrenheit or higher. Ohai called the decision "laughable," and coach Randy Waldrum noted that the heat was less dangerous than the scheduling. "I worry more about playing five games in 14 days than I do playing when it's a little hot outside," Waldrum said. "We've got other issues besides a water break that we need to address if we are really worried about player health and player health."

As the only team to have been officially eliminated from the playoffs, about all they can hope for now is to try to move their way up from 9th, or work on breaking 20 points. (Currently, they only have 14). It's unclear exactly what went wrong for the Breakers: they've got a number of consistent players, including Heather O'Reilly, Cat Whitehill, Lianne Sanderson, Joanna Lohman and Kristie Mewis. Though they've got the lowest goal differential, at -15, they've scored more goals than three of their more highly-ranked peers, including the Chicago Red Stars, who are 5th.

This year has been full of surprises—the Reign crushing everybody, the Spirit managing to move up, the Flash going down—and the Breakers' bad luck has been one of them.