Even though the NBA season is coming to an end, the league will stay in the news because of the excitement surrounding this year's NBA Draft. With only two rounds, NBA teams search endlessly for the next big thing to lead their teams to the promise land. This year's NBA draft class is projected to be one of the deepest in recent memory with lots of undeniable talent. The ultimate question is which team will find the next LeBron James and which team will waste their pick on a bust. 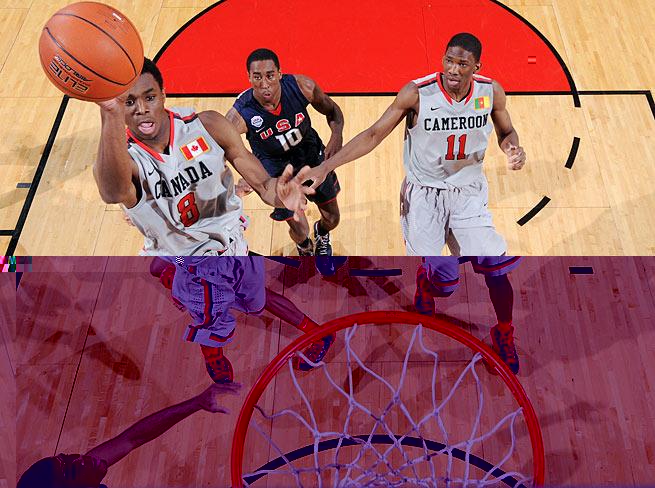 For our official 2014 SCO mock NBA Draft, our draft experts Sam Popper and Ross Cohen-Kristiansen collaborated to predict the outcome of the first round based on team needs and player rankings at each position. Our first round mock draft goes as follows...

After a big miss (so far) on their surprising number one overall pick Anthony Bennett last year, the Cavs will stick with the safest option this year with consensus number one pick Andrew Wiggins. 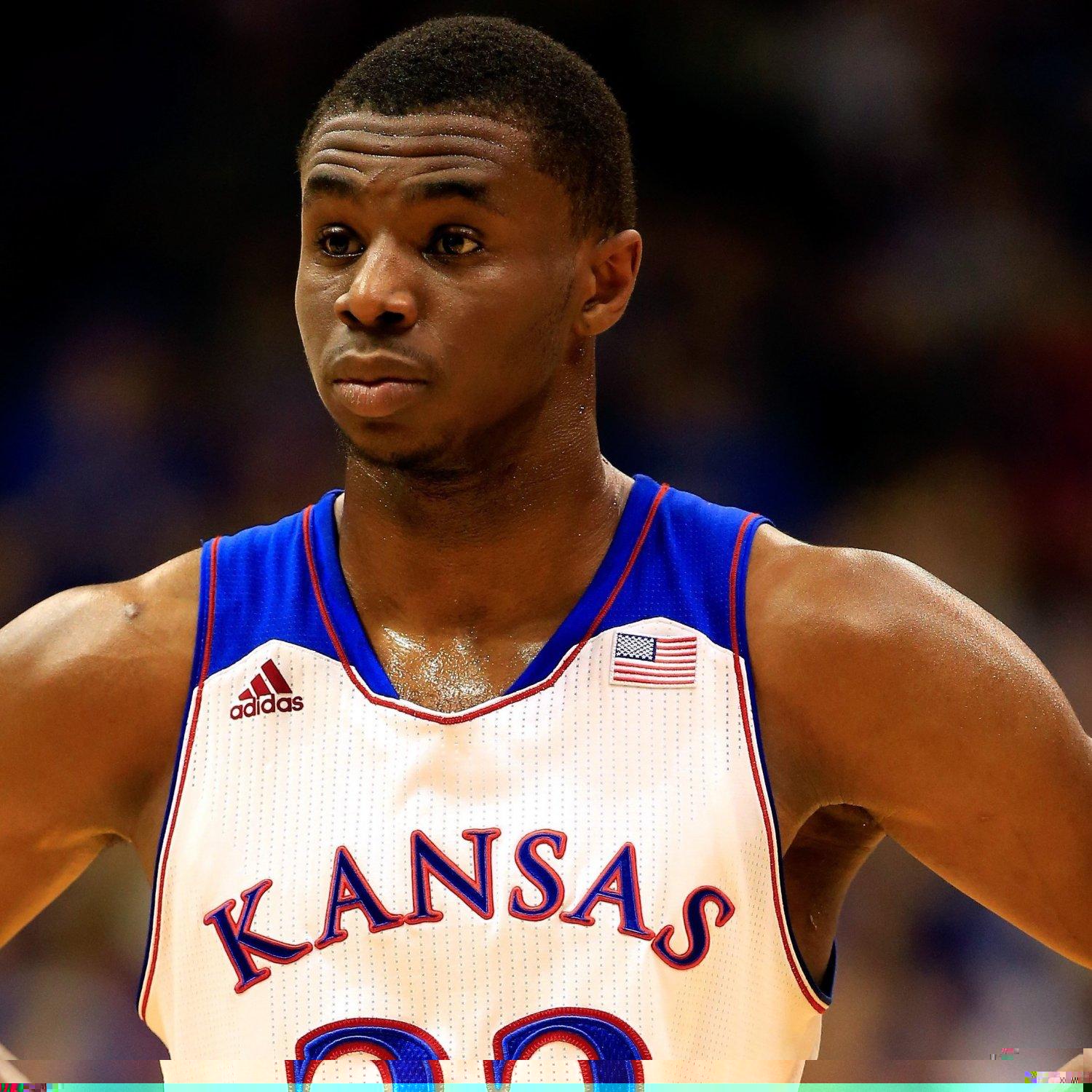 Seven foot tall centers are becoming increasingly rare in the NBA. The Bucks are hoping Embiid can provide them with some stability in the paint for years to come.

Parker is probably the most versatile player in the draft and someone who would make the Sixers very happy to nab at number three. He will add to the many young players the Sixers already have on their roster.

The Magic will just take the best player off their board with this pick who is likely the Australian point guard Exum with enormous potential. Although he is not well known, Exum's overall talent as a point guard stacks up with some of the best in the draft.

Aaron Gordon would be an interesting pick here. Out of all the power forwards available in this draft, the Jazz will lean towards Gordon because of his great height and athletic ability.

The Celtics will refuse to let the high potential of Julius Randle slide any further. He will immediately add a post presence to this team by complimenting last year's first round pick Kelly Olynyk.

Forward is a position of big need for the Lakers, so they will pick Vonleh due to his versatility. If Vonleh is to beat out Ryan Kelly for a starting position, he could work at either the small or power forward positions.

Marcus Smart is likely the most intriguing player in this draft. His great statistics in college have been met with scrutiny and distractions. With players like Demarcus Cousins already drafted by the Kings, I don't see why they would be scared of Smart.

Doug McDermott was the highest scoring player in the country last season and should help the Hornets get a scoring star along with Anthony Davis. 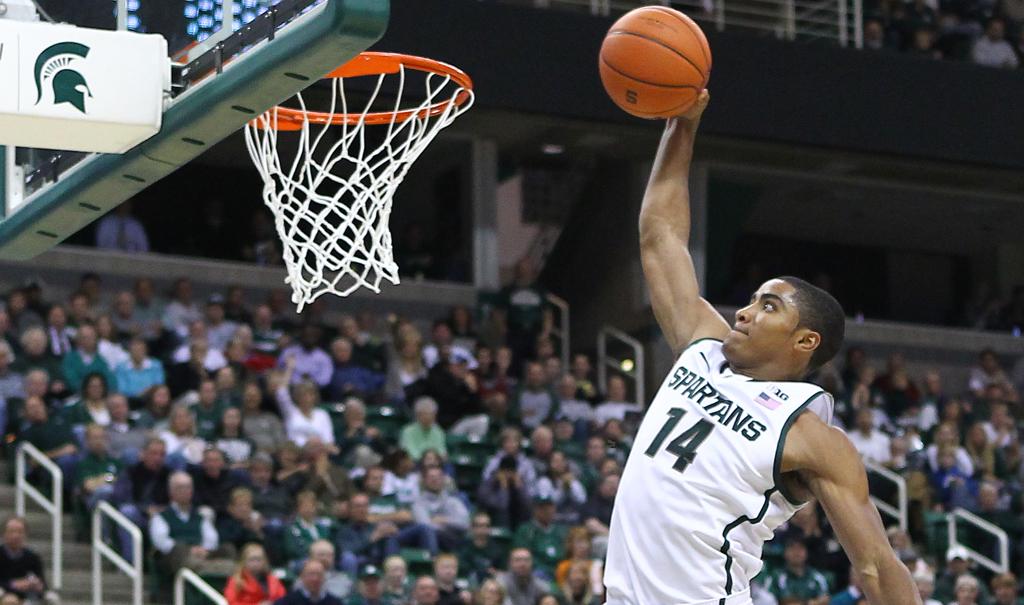 The Sixers will take Gary Harris with their second pick of the draft because the SG is a position of need ever since they traded Evan Turner. Harris is very pro ready, he is a smart kid with great defense and is an impressive shooter.

Nik Stauskas, possibly one of the biggest steals in the draft, has a scorer‘s instinct and can rarely be stopped from putting points on the board. The Nuggets really need a guard who can score and that is Stauskas.

Since Dwight Howard left, the Magic never had that dominant interior presence. Whoever they end up taking, this is the direction they will go with this pick, and at the top of my board in the interior is the Croatian power forward.

Drafting international players always carries some risk, but GMs never seem to shy away from selecting raw talent from overseas. Capela has shown his potential in the highest-level French League. Standing at 6'10", he is an asset on defense, blocking shots and grabbing rebounds thanks to his athleticism, but his offensive game is lacking.

James Young has two things going for him: his shooting ability and his height. At 6'6", Young prospered in college thanks to his quick release. The question is whether he is more than just a pure shooter. Young showed he can take the ball to the hoop on the occasion, which should be enough to land him in a lottery pick.

T.J. Warren is a scorer. At N.C. St., he was at times unstoppable because of his proficiency near the basket. When he gets inside the key, he is a threat to pull up for a mid-range jumper, finish near the basket or release a skillful floater. Warren is not known for his passing and can at times display lethargy on defense. Nevertheless, his ability to create his own shot will land him a nice spot in the draft.

Last year, Hood was overshadowed by Jabari Parker, but still played a pivotal role in Duke's success. He generally liked to hang around the three-point line, where he was deadly with his smooth lefty stroke. At times, he would also put the ball on the floor, then usually settle for a mid-range jump shot. Hood rarely asserted himself at the rim, and in the NBA, small forwards who lack physicality often have short-lived careers.

Payne is one of those inside-out players who are hard to come by. He can hang tough in the paint on offense and defense, and finds success scoring near the basket. He can also knock shots down from behind the three-point line, although he'll have to speed up his release in the NBA.

Announcers could not stop swooning over Ennis last season. As just a freshman, he was one of the most poised players in the country, which included in clutch situations. He also showed an ability to knock down the three, although he was somewhat erratic. The biggest issue for NBA scouts is the height of his upside. Ennis, although only 19 years old, seems like a seasoned veteran—and to some, might appear maximized in potential. He could improve his shot, but his lack of explosiveness is a cause for concern.

Playing for a mediocre Clemson team, McDaniels did not garner much attention in college. Despite his little recognition, McDaniels is a high caliber scorer who can make an impact in the NBA at both ends of the floor. 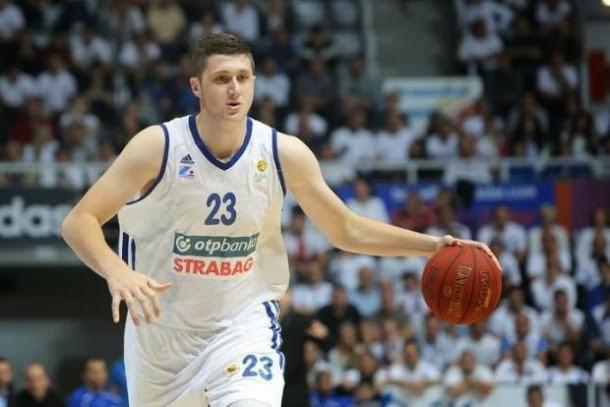 With their improving backcourt, the Raptors will be trying to establish a big post presence this offseason and they are hoping Nurkic can be that guy.

The thunder believe Payton can be one of the steals of this draft; he is a very smart player with speed and great passing ability. Whether Payton can be an impact player defensively in the NBA is to be determined.

Grant features a decent jump shot and extreme athleticism at 6'8". He made his living in college off of slashing to the hoop and baseline jumpers. He will have to improve his repertoire to last in the NBA.

At 6'9", Anderson is a prolific ball handler. He features great court vision and rarely coughs up the ball. What he lacks is a consistent jumper, which makes him less of a threat when he receives the ball at the top of the key.

Glenn Robinson III is a very intriguing player in this draft. In college, he played the power forward position on a small Michigan team. Robinson III has always been a great scorer and an outstanding athlete, but he has struggled defensively against bigger players. With the Rockets declining their option on SF Chandler Parsons, they will be looking for a scorer like Robinson III.

With struggles from Mario Chalmers at the point guard position in the playoffs, the Heat could lean towards this position in the draft. Shabazz Napier has heart, and unbelievable dedication as he showed by leading the UConn Huskies on an improbable National Championship run last season.

Wilcox is among the top shooters of this draft class. He excels from catch-and-shoot situations and pull-up jumpers. However, making a career in the NBA is tough as a pure shooter, and right now, Wilcox has trouble creating his own shot.

Hairston is a ready-made NBA player, which is why he is sure to be picked late in the first round by a 2014-2015 contender. In the D-League last season, he dropped three-pointers consistently. He is also capable of beating defenders off the dribble. The biggest question is his attitude: He got himself kicked off the UNC team and in the D-League often played lethargically.

As one of the few seniors projected to be drafted in the first round, Patric Young showed great leadership of the Florida Gators in college, and should be a great leader in the NBA. The Thunder will receive another player with great potential who can have lots of double doubles. 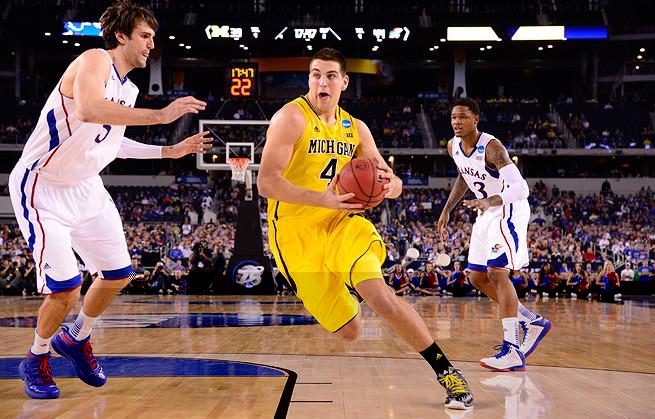 Coming out of high school, Mitch McGary was viewed as one of the top recruits in the country, as a standout freshman with Michigan, McGary suffered a back injury, and a positive marijuana test before bolting to the pros after barely playing his sophomore season. McGary has one of the biggest potentials in this draft.