2015 is not even halfway over and already the year has been overwhelmed with fantastic albums, from several hyped and long-awaited releases to many impressive debuts. Here are a few that are worth checking out. 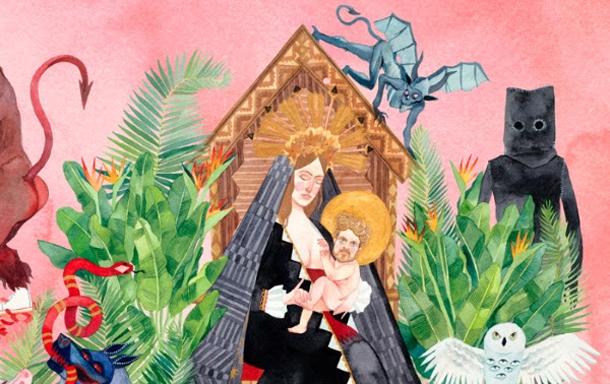 Father John Misty – I Love You Honeybear
"I Love You Honeybear" is the sophomore album of singer-songwriter Josh Tillman, known by his stage name Father John Misty, and a fantastic one at that. Tillman writes honest songs spanning the spectrum of entirely passionate to disillusioned in a witty and occasionally cynical manner. Tillman is as sardonic as he is sincere, and his album includes songs that range from "The Night Josh Tillman Came To Our Apartment," in which he harshly criticizes a girl he spent the night with, to "I Went To The Store One Day," in which he describes first meeting his wife and falling in love with her. While the album seems all over the place in tone, it is as fulfilling and satisfying as it is emotionally conflicting.

Hot Chip - Why Make Sense?
"Why Make Sense?," English band Hot Chip's sixth studio album, is a fantastic album to kick off the summer. Each track is lively in its own right, taking influences from 70s funk and disco and melding them with clean, modern sounds and production. The album doesn't rely on just sound: it sports clever lyrics as well. "Why Make Sense?" is a catchy and energetic dance pop record that rewards its listeners.

Sufjan Stevens - Carrie and Lowell
Sufjan Stevens wrote his most recent album, "Carrie and Lowell," to mourn the passing of his mother, Carrie Stevens. Musically, the album is an incredibly intimate, simple, stripped-down folk affair, punctuated with segments of instrumentation that, while small, have a large impact on listeners. Lyrically, Stevens tells narratives of his mother and stepfather, opening up about his mother's schizophrenia and addictions as well as the way she treated her children. "Carrie and Lowell" is a heartbreaking record that makes one ache for Stevens.

Kendrick Lamar - To Pimp a Butterfly
At almost 80 minutes long, "To Pimp a Butterfly" is a monster of an album. The album is one long narrative, equal parts introspective dialogue and societal statement remarking on the treatment and view of black Americans. In the wake of unsettlingly common reports of police brutality and racial profiling, Lamar puts himself at the head of a revolution in songs like "Mortal Man," the twelve-minute closer that's more of a poem than a song. The album is likely the most influential and important album of the year, and will remain a snapshot into this time period for decades to come.

Are there any albums we missed? Let us know in the comments!