This year's draft is one of the most top heavy in recent years with three potential superstars projected to go in the top five picks. After these top picks, many question marks remain. There are many prospects who potential but were riddled with injuries and didn't see the floor much in college, meaning they are unlikely to go in the lottery. Here are my predictions for the top 10 picks of the 2019 NBA draft.

Williamson is the clear number one pick in this draft. He had the most hype around him coming out of high school, but there were questions on whether or not he could compete at the collegiate level. Luckily for Duke, he showed that he can dominate the collegiate level and use his elite athleticism to put up big numbers against just about anyone.Williamson averaged 22 points, 9 rebounds and 2 assists per game and although he had a few injury problems during the season, he was able to come back and perform at his best in March. Zion is the perfect fit for the Pelicans seeing that Anthony Davis will likely be traded this offseason. 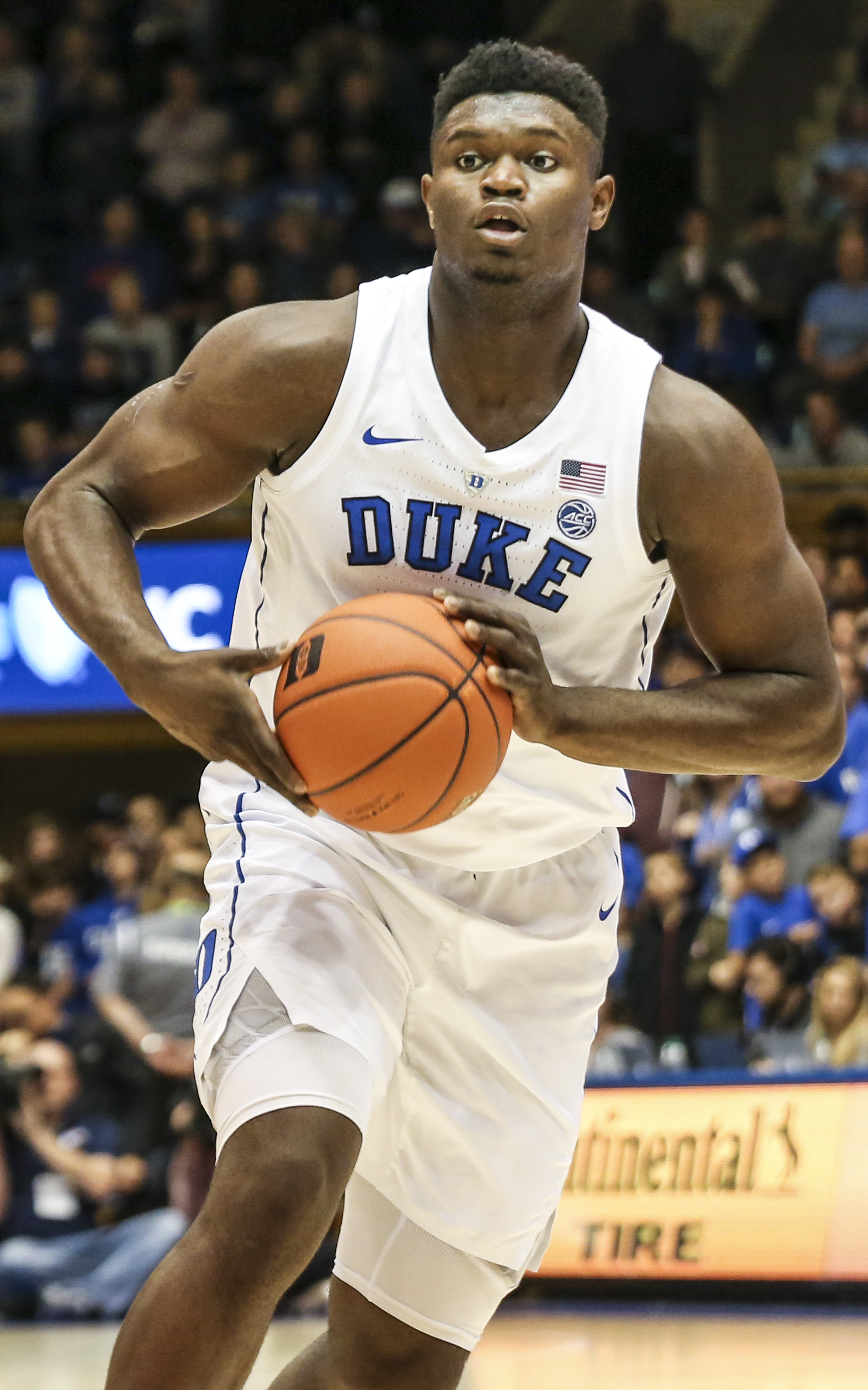 Morant is the top point guard in this draft and is exactly who the Grizzlies need to reboot their team's success. He has elite court vision, a good shot and is able to score off the dribble well. There were many questions about how good Morant really was heading into March Madness because of the competition he had been playing all season. However, Morant proved everyone wrong when he tallied a 17 point triple double along with 16 assists against a well rounded Marquette team in the first round. This game shot his draft stock all the way to a top 3 pick. As Mike Conley gets older, Memphis' need for a point guard becomes more urgent and Morant is just the player to fill that role.

RJ Barrett was another top prospect coming out of high school, and helped Zion Williamson and Duke dominate the college game all season. Although RJ was in the shadow of Zion for most of the season he showed he could step up when Williamson got hurt. Barrett has elite size and athleticism, great ball handling and court vision for his size, and has shown he can score the ball with ease. Although the Knicks would have preferred to pick Williamson, RJ is the next best thing.

Hunter is a great two way player who can lockdown elite scorers, and when he gets hot, nobody can stop this 6'7" forward. Hunter played his best game in the NCAA Championship scoring 27 points and carrying the Cavaliers to their first title. Hunter would also be able to take some pressure of Lebron with his shot making and his defense, making him a solid pick for the Lakers.

Culver made a huge improvement during his two year at Texas Tech. He went from a role player to their number one option, and leading them to the NCAA Championship. Culver averaged 18 points per game and also showed that he can guard elite players and effect a game on the defensive end just as much as the offensive end. He is the perfect fit for the Cavaliers who are in a rebuild phase and need a go to scorer in their lineup.

Reddish was the third option for a dominant Duke team, but still showed flashes of elite play. Although he was inconsistent throughout the season, Reddish is a lethal shooter and has lots of potential with a perfect build for an NBA wing player.

The Bulls are in desperate need of a scoring point guard, and Garland looks like he could be their guy. Garland played just five games at Vanderbilt before a season ending knee injury which killed his chances at being a top 5 pick. However, in his short college career, Garland played like an elite point guard showing off great ball control, the ability to create off the dribble, and NBA range shooting.

Doumbouya is built on mostly potential. Playing in France's top league he showed huge improvements in his all around offensive skills and his defense. Given time and the right circumstances he could turn into a very good NBA player.

With John Wall likely to miss most of the 2019-20 season and the Wizards in the middle of a rebuild, a score first point guard could be a good pick for them. Coby White is a fast pass score first guard who thrives in transition and is developing into a good playmaker. 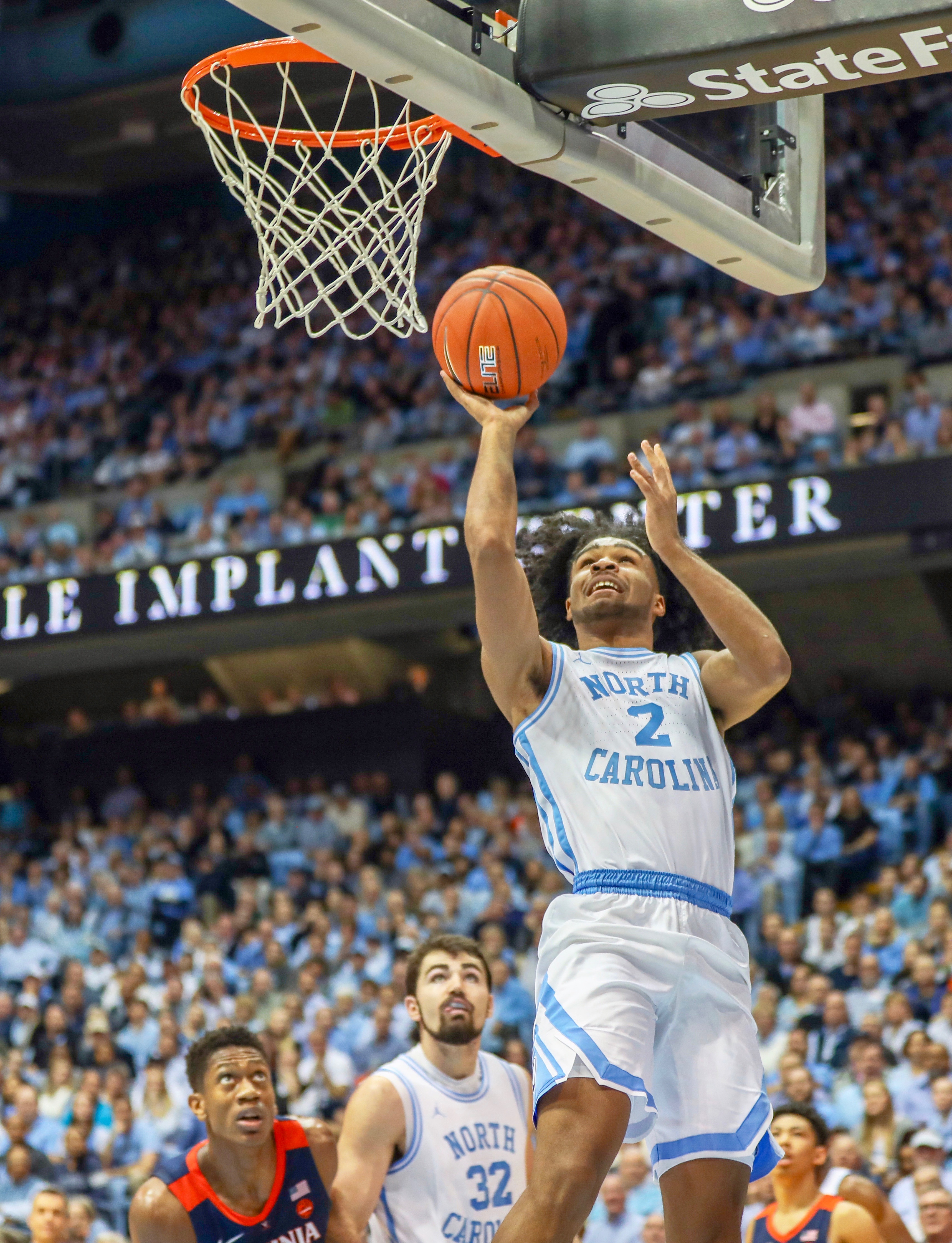 Photo: Coby White soars in for a lay-up as DeAndre Hunter watches (Picture per Ryanhuntmuzik)

Photo: Coby White soars in for a lay-up as DeAndre Hunter watches (Picture per Ryanhuntmuzik) Photo courtesy of Sam Kulp.

Hayes is a freak of nature with insane athleticism making him a great rim protector and defensive big. His basketball skills are still developing, but with his body and athleticism his potential to be an elite big is through the roof.