Keeling Pilaro, 13, has been playing his favorite sport since he was five years old. He has been on the team at his local high school for two years now and dreams of playing for the US Olympic team one day. Suddenly, everything has come to a halt as the local high school athletics governing body has banned him from playing - simply because it's not basketball, soccer or baseball that he's playing, but field hockey. 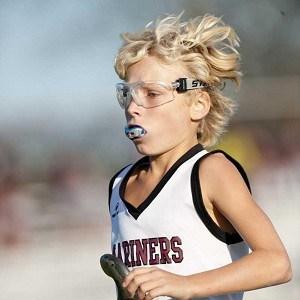 Photo: Pilaro grew up playing field hockey in Ireland before moving to the United States in 2010.

Photo: Pilaro grew up playing field hockey in Ireland before moving to the United States in 2010.

After growing up in Ireland, where field hockey is a predominantly male sport, Pilaro moved to the United States and wanted to continue to pursue his passion for field hockey. Pilaro had already played for two seasons and become one of his team's top players when the committee deemed that his playing had a "significant adverse effect upon the opportunity of females to participate successfully." But in essence, Pilaro is being banned purely because he is too good.

The issue here is that Pilaro is not being kicked out because of any natural advantage he has, but simply based on the fact that he is a boy. This decision is a dangerous precedent to set as it could be used to inhibit the opportunities for girls to play football, baseball and other traditionally male sports.

It is especially ironic as we are about to celebrate the fortieth anniversary of Title IX, the influential piece of legislation banning discrimination based on sex in any education program or activity receiving federal funding. While at no point does the legislation explicitly mention sports, Title IX has become synonymous with gender equality in school sports.

Over the years many lawsuits have been filed under Title IX in support of equal rights for women, but this is one of the first instances of a boy being discriminated against on the playing field. The Pilaro family is appealing the ruling and hopes to have it overturned before next season. 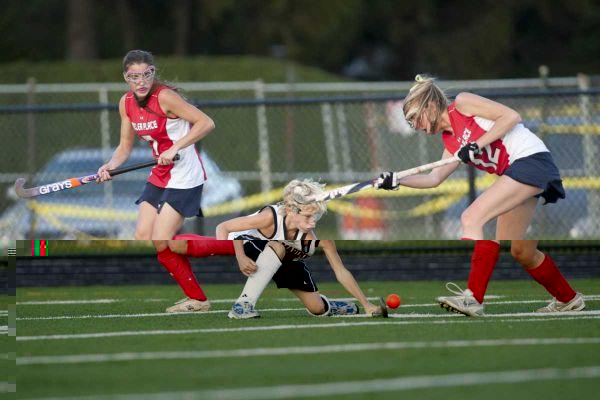 Photo: A committee deemed that Pilaro's skill had a "significant adverse effect upon the opportunity of females to participate successfully."

Photo: A committee deemed that Pilaro's skill had a "significant adverse effect upon the opportunity of females to participate successfully."

Supporters of the ruling claim that if an influx of male field hockey players joins their school teams, female players will be at a significant disadvantage. While that situation does present a serious issue, it is not likely to occur. Most boys will not give up the traditionally male or co-ed sports to begin playing field hockey and, if field hockey were to increase significantly in popularity, then boys' field hockey teams could be created.

There is also a reasonable argument to be made that boys are often physically bigger and stronger than girls and this disparity would create a competitive imbalance. However, it must be remembered that Pilaro is one of the smallest players on his team, standing at four-foot-eight and 82 pounds, hardly making him physically dominant.

Yet other critics point out that the object of Title IX is to create equal opportunity for boys and girls so if boys take the spots of girls on "girls' sports" teams then there will not be equal opportunity. This argument is irrelevant in this case, because the Southampton High School field hockey team does not make cuts, and Pilaro was therefore not inhibiting, nor could he inhibit, anyone else's chances of making the team.

When all the other arguments are put to rest, the case against Pilaro boils down to discrimination. If we as a country can move forward in the fight against gender inequality in sports, we will first have to understand that discrimination is discrimination, regardless of sex. Before it is too late, this thirteen-year-old boy should be allowed to return to the game he loves and continue to follow his dreams.