As Spring Training starts around the league, every Major League Baseball (MLB) team has its eyes on the World Series. The Giants will look to defend their title, but they may have a hard time winning the battle of California. Meanwhile both local teams tasted success last year, but only time will tell how the Nationals and Orioles will handle expectations. Here are some of the biggest storylines surrounding the 2013 baseball season. 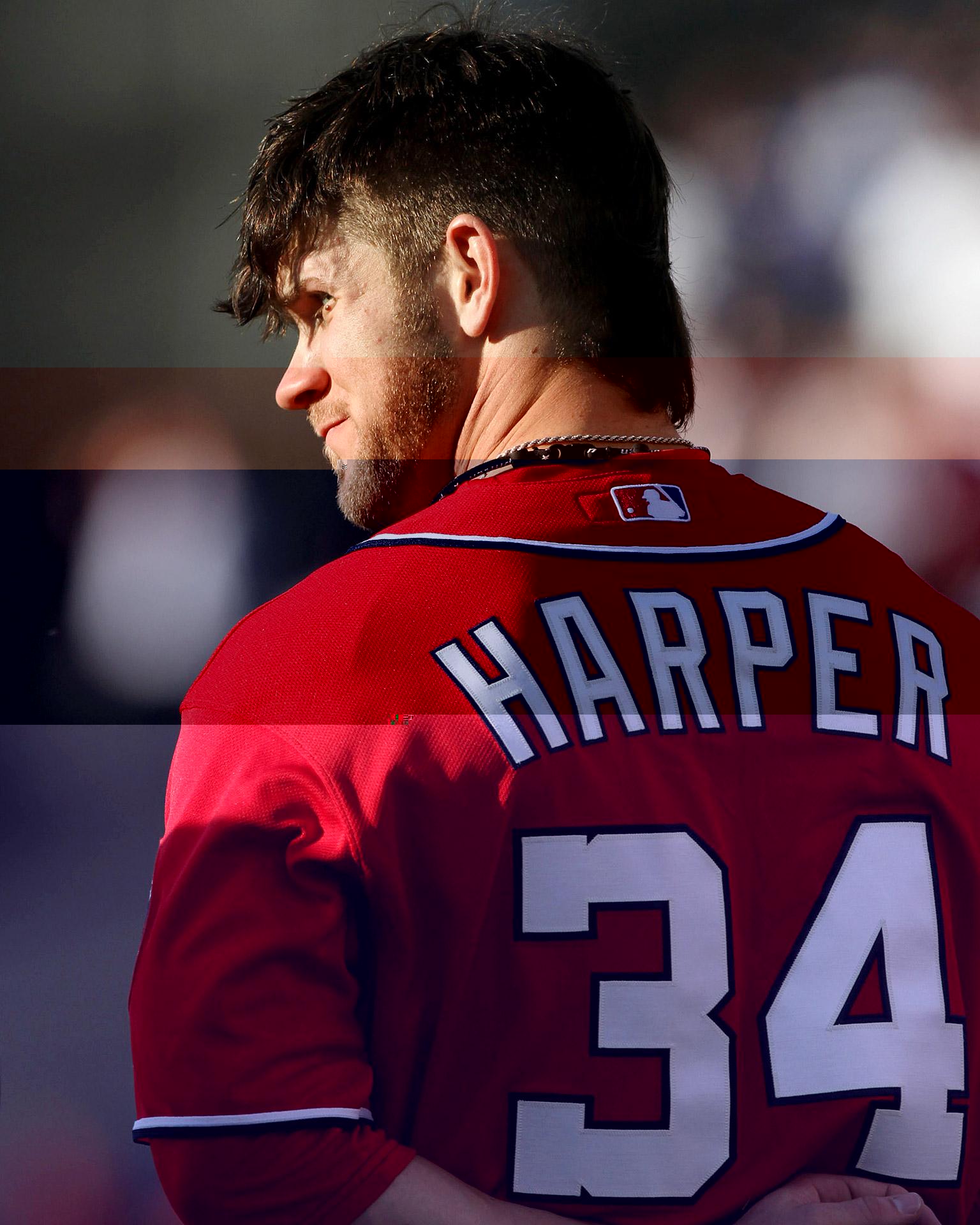 Photo: Bryce Harper and the Nationals have high expectations to live up to after last season's success.

Photo: Bryce Harper and the Nationals have high expectations to live up to after last season's success.

1. Can the Nationals and the Orioles repeat their success?

After finishing 98-64 last season, the Washington Nationals will experience something they have never faced before: high expectations. Just making the playoffs will no longer cut it. The Nats are in it to win it. The front office made some shrewd acquisitions this offseason in order to make a legitimate World Series push, acquiring stud closer Rafael Soriano, who will beef up one of the strongest bullpens in baseball. In addition, the Nats got Denard Span, a true leadoff hitter and centerfielder, something that the Nationals have been chasing ever since they moved out of RFK. Many individual Nationals will also be faced with high expectations for the first time. Shortstop Ian Desmond had a breakout year, belting 25 home runs and hitting over .290. Starting pitcher Jordan Zimmermann also had a career year, posting a sub 3.00 earned run average (ERA) for the first time. With the development of young stars Bryce Harper and Stephen Strasburg, there is no doubt that the Nationals have the talent to be an elite team. But the game is not won on paper, and the Nationals could crumble as a result of the mountainous expectations that they are faced with. On the other side of the beltway, the Orioles made a surprising playoff push, and star outfielder Adam Jones had the best year of his career. Baltimore made an unexpected rise to the top of one of the best divisions in baseball, surpassing both the Rays and Red Sox en route to the postseason. The emergence of young pitchers Jason Hammel and Wei-Yen Chen was essential to the Birds' success, and even more rotation help could be on the way via super-prospect Dylan Bundy. However, for the Orioles to equal last year's success, much improvement is needed. The Blue Jays are no longer a punching bag, the Red Sox retooled and the Rays and the Yankees loom large as always.

California could have four playoff teams if all goes according to plan this season, but out of those four (Giants, Athletics, Angels, Dodgers) the Angels and Dodgers are coming into this season as World Series favorites. Both the Dodgers and the Angels reshaped their teams in the offseason. The Angels signed star outfielder Josh Hamilton while the Dodgers acquired ace pitcher Zack Greinke. A 1-2-3 punch of Mike Trout, Albert Pujols and Josh Hamilton seems too good to be true, while the same could be said of the Dodgers lineup that boasts a Hollywood worthy list of big name superstars. There is no doubt that the two LA teams are among the most talented in recent memory. If the talent can come together, and avoid a Red Sox like collapse, a freeway series does not seem that hard to imagine.

3. Sun setting on the Yankees?

Despite winning the American League (AL) East last year with a 95-67 record, the season was a failure for the Bronx Bombers. Although the Yankees escaped the Orioles in the first round of the playoffs, they were bounced in a dominating fashion by the Tigers in the Championship Series. Throughout the playoffs, the Yankees bats went silent, and the collapse had many wondering whether or not the Yankees will have another shot at a World Series title in the near future. Derek Jeter's ankle injury had him sidelined for most of this year's offseason, closer Mariano Rivera is coming back from ACL surgery and age is a major concern for the Yanks, who boast several players in their late thirties. If healthy, a lineup comprised of Derek Jeter, Robinson Cano, Mark Teixeira and Curtis Granderson is deadly. Not to mention a rotation that centers around C.C. Sabathia and Hiroki Kuroda. The sheer star power that the Yankees possess should be enough to keep them in the mix of contenders this year, but the clock is definitely ticking on the Yankees. 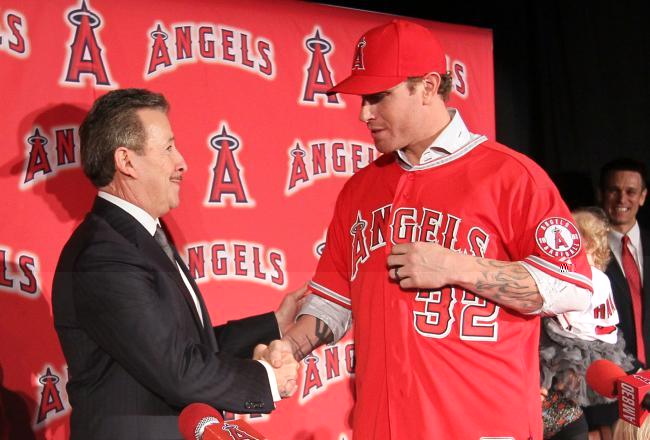 Photo: Josh Hamilton altered the baseball landscape when he chose to sign with the Angels.

Photo: Josh Hamilton altered the baseball landscape when he chose to sign with the Angels.

4. Can the stars live up to their gigantic contracts?

Last year, Albert Pujols signed with the Angels with one of the biggest contracts in baseball history. How did he respond? Pujols hit .285, 40 points lower than his career average. He hit 31 home runs, 10 fewer than his career average. By Pujols' lofty standards, it was an awful year. To make matters worse, he failed to lead the Angels to the playoffs. The bottom line: Albert Pujols did not put up 10 year $250 million numbers. After a flurry of huge signings this offseason, the spotlight will be shining brightest on Josh Hamilton as he teams up with Pujols, both of whom will try to live up to their contracts. Hamilton was signed by the Angels in this year's offseason, to the tune of five years and $125 million after finishing fifth in Most Valuable Player (MVP) voting. For Hamilton to live up to his standards, a lot will be expected of the former Ranger. First off, Hamilton must keep his well documented off the field issues under control. There is no doubt that Hamilton has the talent to have a great five years in Hollywood but things could go south for him fast. In the pitchers department, Zack Greinke and Felix Hernandez both signed record contracts. Cy Young numbers will be expected from both of them and if they fail to produce, things will get ugly.

5. The Red Sox and the Blue Jays going in opposite directions.

The Blue Jays had a busy offseason, acquiring well-known stars Jose Reyes, Josh Johnson, R.A. Dickey, Melky Cabrera and Mark Buehrle. They will certainly have a completely different look this year. After a disastrous season last year, the Red Sox are attempting to right the ship. They traded the nucleus of their team to the Dodgers last year, and have now centered their team around a new group of players including veterans Shane Victorino, Mike Napoli and Ryan Dempster. That being said, the two teams appear to be moving in opposite directions, with the Red Sox attempting to create a new identity and move away from the Yankee model while the Blue Jays stock up to take down their division foes.