How Blazers spread the love

Valentine's Day is a day filled with excitement for Blazers. From special someones to candy hearts, students look forward to the holiday. But above all, Blazers bubble with anticipation to see if they received a candygram from their "bae," a friend or even oneself. Regardless, Blazers single, taken and teetering in "it's complicated" territory take on Valentine's Day in style.

Juniors Isabel Brecher and Tucker Nosal are the epitome of high school sweethearts. Brecher, who is a member of the Poms Squad, and Nosal, a basketball player, have been together for two years. Usually, the pair marks Valentine's Day with dinner and a movie; however, the Poms competition will shorten their time together as the event lands on V-Day. Instead, the pair hopes to squeeze in a homemade dinner and a movie later that day. "We will probably just make dinner together and hang out," Brecher says casually.

Izzy Lott, a sophomore, is planning to spend the night out and see "RENT" with her girlfriend of two months. "My single friend is tagging along with us," she says with a laugh, "I hope my girlfriend doesn't mind being the third wheel."

Unlike most couples, juniors Eva Bogino and Thomas Schoppert are planning to give back some love to the community on V-Day. Following a dessert run in Georgetown, they will head to Shepherd's Table, a non-profit organization in Silver Spring that assists the homeless, as part of their monthly charity work. They plan to conclude the day with some pizza. Schoppert is planning to buy Bogino flowers as part of a running joke. "The entire time we have been dating I haven't bought her flowers and she always harassed me about it so I figured it's about time," Schoppert says with a laugh, hugging Bogino.

Sophomore Fernando Cantu has to make some serious effort for his girlfriend, sophomore Charmaine Jenkins, as her birthday is Feb. 14. "I hope he puts in some work for my gift," Jenkins says while playfully poking Cantu, as the silver bracelet he purchased for last year's Valentine's Day swings on her wrist. "Hint: I like chocolate." 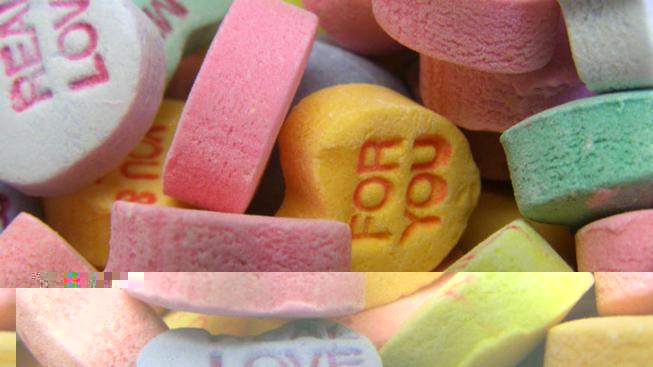 Photo: There are infinite ways of showing affection on Valentine's Day.

Photo: There are infinite ways of showing affection on Valentine's Day.

However, some couples will be unable to spend Valentine's Day together because of one major obstacle: parents. Danielle and her boyfriend Josh have been forced to keep their relationship hidden from their parents, and a rendezvous on Valentine's Day will arouse suspicion. Instead, Danielle and Josh plan to celebrate Valentine's Day on Feb. 13. "Our parents don't know about our relationship because we both come from conservative cultures," Danielle says. "We will probably just talk on the phone the day of, or if I'm lucky he may visit me at the place I volunteer."

Many Blazers are in the spirit of Valentine's Day while simultaneously supporting the school and organizations in the community. The Spanish Honors Society has already sold out of candy grams and plans to send the money to CASA de Maryland, a Latino and immigration advocacy and assistance organization. According to society president Laura Klett, the group sold over 600 candygrams in December and another 400 after winter break. "One girl even bought 30 of them for her friends," Klett says with a laugh. The Horticulture Club has been selling flowers and Blair's acapella group Intonenation is offering to sing to Blazers' special someones as well.

For those who are single, Valentine's Day has been exaggerated by Hollywood and television as a day filled with romantic-comedy marathons, self-pity and pints of Ben and Jerry's Ice-Cream. However, it turns out many Blazers embrace the solo life. "It's nice being single, because you don't have to worry [if] you will upset someone and [you] can be alone whenever you want," says junior Lauren Queen. "Also, it's nice not having to spend money on someone else when you are already broke," she adds with a laugh. Queen, like most Blazers, plans to spend the weekend doing the ordinary, which includes studying for the SAT and attempting to do homework in between Netflix sessions. Whether it's Valentine's Day or not, Blazers will continue to spread the love, even in the smallest of ways.
Where only first names appear, names have been changed to protect the identity of students.