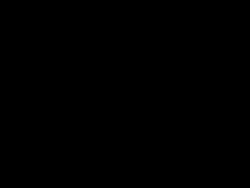 Photo:
Before moving to Jerusalem seven months ago, I attended Blair and was a member of Silver Chips's photography staff. I now live at the peak of the Mount of Olives on property owned by the Lutheran World Federation, my father's employer. Our house overlooks Jerusalem where I am on the fringe of both Israeli and Palestinian society, with Hebrew University to my immediate north and the Arab town Atour to the south. I attend the Anglican International School of Jerusalem in West Jerusalem where, similar to Blair, a vast array of cultures is represented in the student body.

Q: What do you believe the newly elected Palestinian president, Mahmoud Abbas, should do to address the Palestinians' problems?

Mike believes that Abbas must first reorganize the PNA so that it is not centralized around one person. Then, he feels, the governments of both countries must halt violent confrontations with each other and ensure that the new State of Palestine is established with East Jerusalem as its capital.

Mike acknowledges that Abbas must have great resolve to achieve these goals. "He should be determined in every step he takes and should implement his policies without hesitation. He should be careful not to start a violent confrontation with the hard-line Palestinian political factions but to contain them through logic and dialogue,” Mike says.

Alex, on the other hand, believes that ceasing Israeli occupation of the Palestinian state should be first addressed by Abbas. "The most and only urgent problem is occupation,” Alex says. "Mr. Abbas should focus all his efforts to end occupation. The quality of life of Palestinians will significantly improve when occupation ends.”

Q: Do you support President Abbas in his call to resistance groups to stop their attacks against Israel?

Both Mike and Alex support Abbas's peaceful tactics. Mike believes that Palestine's non-violent resistance to occupation should continue as "a legitimate fight against injustice.” He says, "It is only through dialogue and good intentions from both sides that lasting agreements will prevail. Only then, Israel and Palestine will live in peace as good neighbors.” 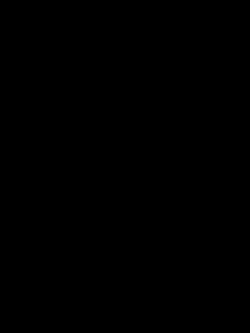 Photo: A crane completes a section of the Israeli Separation Wall on the outskirts of Bethlehem.

Photo: A crane completes a section of the Israeli Separation Wall on the outskirts of Bethlehem.

Alex reiterates the importance of halting violent conflicts. "Nothing can be achieved through violence,” he says. "As a human being, I hate to see people being killed from both sides.” The real question, Alex believes, is whether Sharon and the Israelis will cooperate with these peace measures.

Q: What role should the U.S. and other countries play to help bring about an end to the occupation and a lasting peace?

Mike believes the U.S. and the global community should support the establishment of the State of Palestine with East Jerusalem as its capital, "provided that the Palestinians implement all what is required of them in the 'Road Map',” he says. "There should be no hidden agendas in both sides.”

Like Mike and Alex, most Palestinians feel that eliminating corruption within the PNA and ending the Israeli occupation must be addressed immediately. While the election of Abbas serves as an opportunity for achieving peace, a lasting solution is only possible with the unwavering cooperation of Israel. International mediators must pressure Palestinian and Israeli leaders to fulfill the agreement. Only then will we find a peaceful resolution to decades of conflict and suffering.