A change of pace

Blair students aren't the only ones with interesting hobbies

As a student, it's surprising to think teachers do anything outside of school other than grade and write lesson plans. There are, however, many Blazer teachers with unique and interesting hobbies, and we've highlighted a few below.

Navarro has made a side job off of photography. "It started off as a hobby, and it still is, but I've also been doing freelance photography on the side," he says. "A few friends asked me to take pictures for events, so I started charging and turned it into a business." He is also eager to share his love of the art with his students. "I have sponsored Photo Club previously at Blair," he says. "I also like putting my photos in my teaching presentations for students to see." 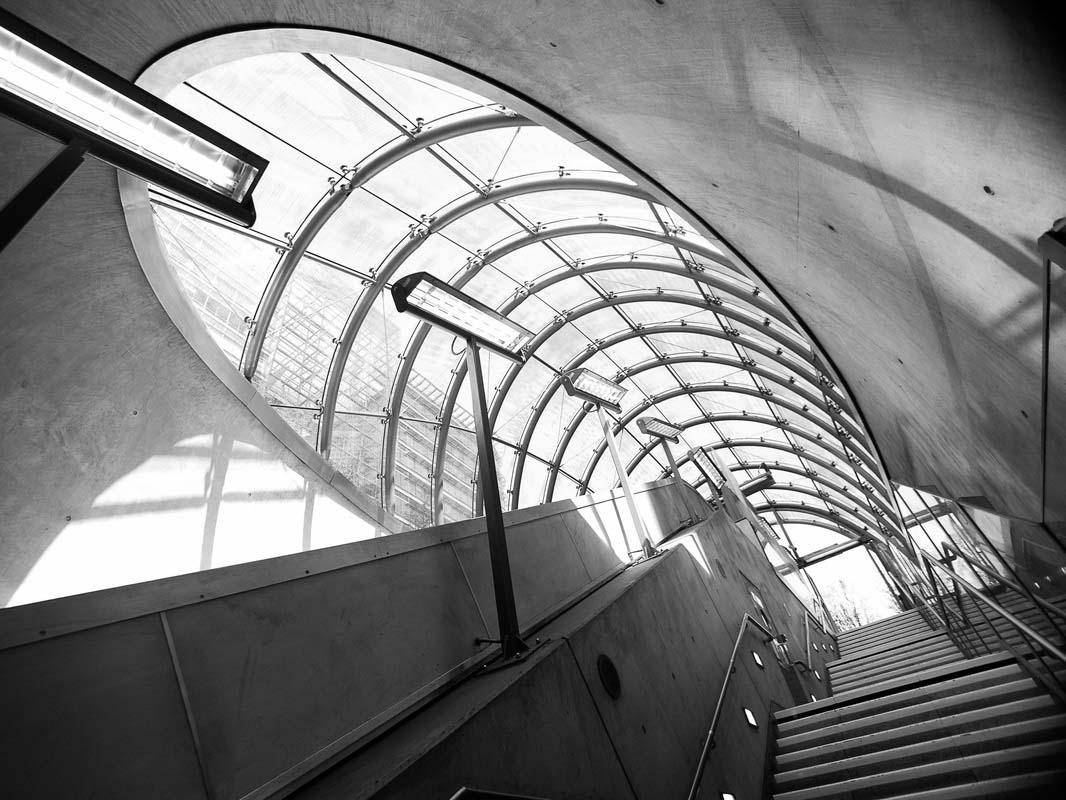 Navarro encourages everyone to get into photography, and he has a treasure trove of good advice for amateurs. "Equipment isn't as important as the skills and ideas you bring," he says. "Who's behind the camera is much more than what the camera offers." As a computer science teacher, he also enjoys the technological aspect of the art. "Photography is a great way to exercise your expressivity and creativity while incorporating technology," he remarks.

Navarro sees photography as a way to channel good memories. "I moved here from Scotland and I've missed my homeland as long as I've been here," he says, "I can look back and see the mood of the country in my photos when I feel homesick." He cites a photograph of his grandmother's house as one of his favorites. "She has passed now, and the house has been sold, but this picture takes me back to that time," he says.

Seeing the world
It was the summer of 2007 when English teacher Sarah Fillman was bitten by the travel bug. "One of my cheerleaders signed up for a school trip to Greece and Turkey that was almost cancelled," she says. "I ended up recruiting a bunch of kids to come and that started me on my addiction to travelling."Since then, Fillman has spent every summer immersed abroad. "This is actually the first summer in ten years that I'm not travelling abroad," she says. "There's a high that comes from stepping away from your life and soaking up another country's culture."

Fillman states that, out of all the trips she has been on over the last several years, her favorite is probably when she visited Fiji, New Zealand, Australia, and Oahu. "I fell in love with Sydney, Australia when I visited a couple years ago," she says. "It's probably the cleanest place I've ever been apart from Singapore and there was a focus on health and fitness that I really liked." While in Oahu, Fillman also visited a unique site that excited her students. "I teach the show Lost to my seniors and as my reputation suggests, I'm a huge fan of the show," she says. "I got to tour the sites where Lost was filmed in Oahu, which was incredibly exciting for me."

Like Navarro, Fillman has also channeled her love of traveling into one of five side jobs. "There's no way I would have been able to go to all the places I've been to without the company I travel with, EF Tours," she says. "Recruiting students for trips and watching after them while we're traveling takes work, but seeing all the places I've been to is really rewarding."

Gotta catch 'em all
Math teacher Peter Engelmann's hobby is an unusual one: he collects Pokemon cards with his son. "It started when I bought some Pokemon cards at a yard sale a few years ago and gave them to my son," he says. "He wanted more so we got more at more yard sales, Goodwill, and eventually eBay until we accumulated a lot of cards." With Engelmann and his son's collection, "a lot" is an understatement: they own over 160,000 cards, most of which he bought online. "My wife told me it's too much to spend all our money buying Pokemon cards on eBay," he says. "I asked her if I could sell stuff on eBay to get the cash to buy cards and she said that would be okay."

Engelmann takes pride in some of the rarer cards in his collection. "We have an extensive Gold Starter collection with some ultra-rare cards," he says. "He's got a Charizard worth a couple hundred bucks and lots of cards that are five to 50 dollars each." 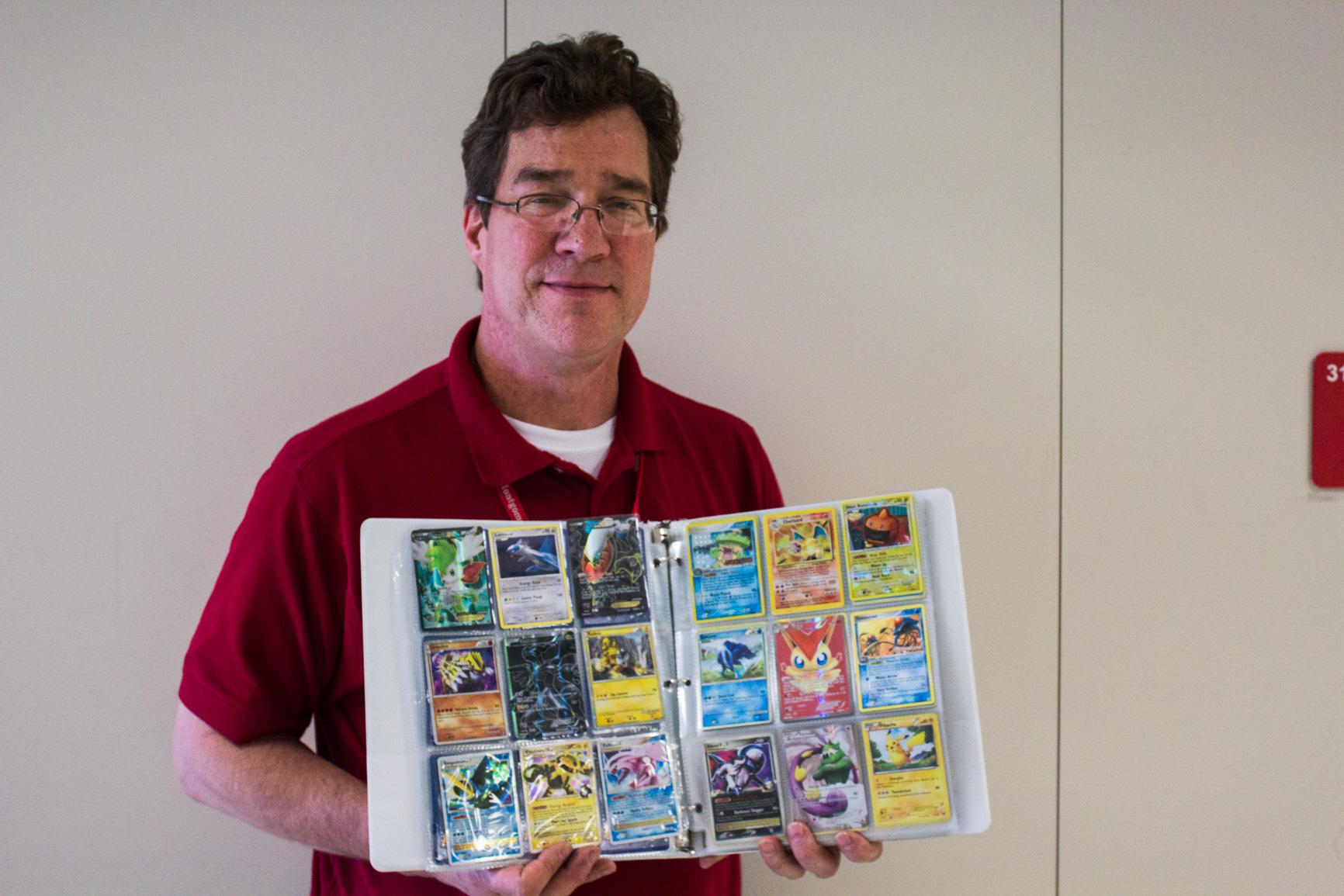 Photo: Mr. Engelmann and his cards.

Engelmann believes his hobby has many benefits people don't know about. "Remembering all the Pokemon characters is really good for memory," he says. "There's over 800 Pokemon and many other types of cards, and my son knows them all." He also believes playing and collecting with his son has brought them closer together. "It's definitely a father-son bonding exercise," he says. "My son knows everything there is to know about Pokemon, and he helps me remember the rules and identify counterfeit cards."

Engelmann hopes he and his son can build their collection for a long time. "Pokemon started in the 90s and it's still going strong today," he says. "It's impossible to 'catch 'em all' like the motto says, but we're trying."

Know any other teachers with interesting hobbies? Tell us below in the comments!