A changing of the guard

The last time the Bulls and the Heat were relevant in the NBA, Michael Jordan and Tim Hardaway were going toe-to-toe in the late 1990s. The last time the Mavericks had a chance at the title was half a decade ago, and the last time the Thunder went far…um, well, the Thunder have only been around since 2008. Yet, if you turn on the TV, these are the teams that are still in contention for the 2011 NBA title. I know what you're thinking – wait, what happened to that Kobe guy?

A changing of the guard is taking place in the NBA. And no, I'm not talking about guard as in the position on the basketball court. The Celtics and Lakers have ruled the last few NBA seasons, and quite frankly, fans are tired of seeing the two most storied franchises face off every June. And let us not forget the Spurs, who built a dynasty during the 2000s thanks to a solid core of savvy veteran players. It's only fitting that all three teams would fizzle out in the same year, making way for a new set of elite squads to show their stuff. Prior to the 2011 season, people might not have predicted an Eastern and Western conference finals consisting of Heat-Bulls and Thunder-Mavericks, respectively. But the fact that different franchises are emerging is a great thing for the league and provides high entertainment value for fans. 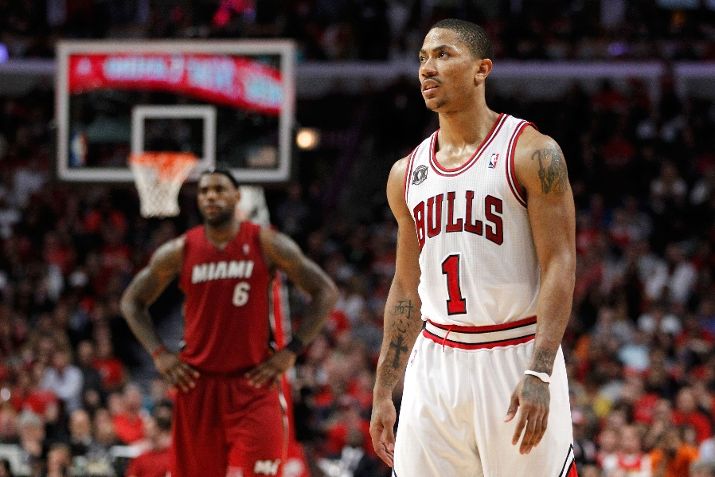 Photo: Chicago and Miami are two emerging NBA franchises. The Celtics and Lakers are getting old, allowing players like Derrick Rose and LeBron James to take over the NBA.

Photo: Chicago and Miami are two emerging NBA franchises. The Celtics and Lakers are getting old, allowing players like Derrick Rose and LeBron James to take over the NBA.  Photo courtesy of ESPN.com.

Let's flash back to May 2010 and the Celtics versus the Cavaliers in the East semifinals. Cleveland had been the best team all year long, and LeBron & co. were the frontrunners to win it all – the King was poised to finally win his first ring. Well, that's not exactly how it went down. The Cavs lost a decisive game six in Boston, a game in which LeBron clearly threw in the towel. Fans and pro basketball pundits alike chastised the league's regular season MVP for giving up and looking ahead to greener pastures in another NBA city. Then, in July, we learned that Miami would be LBJ's new home. Again, LeBron was criticized – this time, for the way he made his decision to take his talents to South Beach.

Fast forward a year. Once again, LeBron is pitted against Boston in the East semis. This time around, however, LeBron has help in the form of two all-stars, D-Wade and Chris Bosh. The Heat cruise to a 4-1 series victory over the aging Celtics, and LeBron starts to flex his ring finger a little bit. In an ironic twist, LeBron beat the same Boston team he lost to in 2010 – and in doing so he proved many haters wrong. While the Heat showed their potential, the injury-ridden Celtics looked old and played sloppily. In another ironic twist, the youngest Boston starter, Rajon Rondo, was the one to suffer the most severe injury. The Celts just gave head coach Doc Rivers a five-year extension, but it doesn't look like Boston will be back in title contention anytime soon.

As for the other East finalist, Chicago has been the talk of the NBA all year long. Derrick Rose is as exciting of a player as the league has ever seen – and the Bulls are looking like perennial contenders. In the West, the Laker dynasty is officially over. Kobe's getting up there in age and Phil Jackson is retiring. The Mavs embarrassed Los Angeles in four games dominated by Dirk Nowitzki, who wants to prove himself as a winner. San Antonio's shocking first round loss to Memphis is nearly an afterthought after seeing LA crumble in a clean sweep. 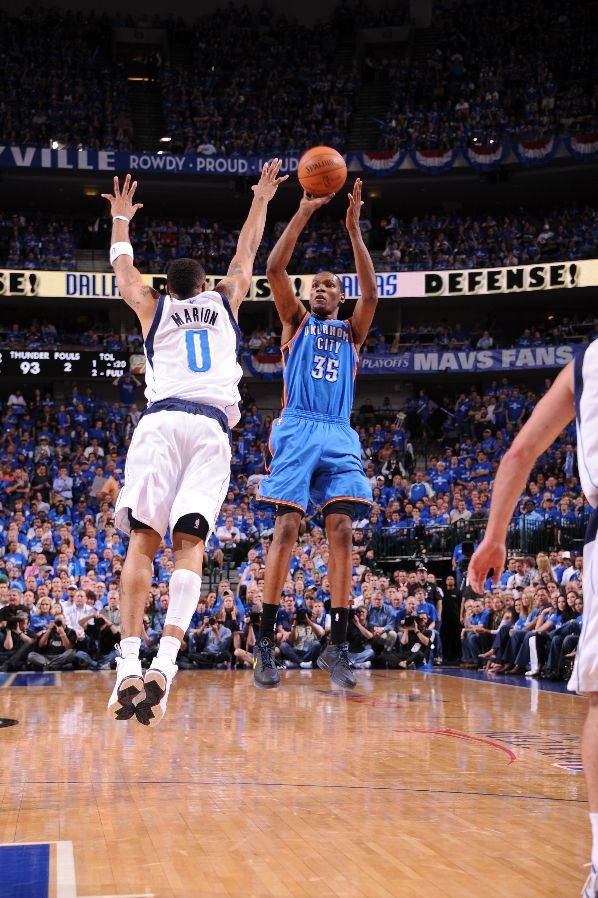 Meanwhile, Oklahoma City, led by DMV-groomed Kevin Durant, is not only exceeding expectations just four years after a 62-loss season – the team is also acquiring more and more fans each game in spite of playing in a relatively small market. How about this for an ironic twist: the Celtics traded away Kendrick Perkins to the Thunder earlier this year, with Boston thinking it got the better of the deal. Yet Perkins is the one still playing playoff basketball, while the entire Boston team is watching at home on TV.

All of this means better ratings, better basketball, and in general, more excitement in the NBA for years to come. Kobe Bryant and Paul Pierce are two of the greatest shooting guards to have ever played the game. But with their primes played out, fans can take solace in the fact that the league is in good hands, thanks to rising stars like Kevin Durant, Russell Westbrook, Derrick Rose, and oh yeah – three fifths of Miami's starting five.