A concert to change lives

As the rain sprinkled over Downtown Silver Spring Friday night, more people than usual were out braving the drizzle, crowding around a stage set up opposite the fountain for a night of musical entertainment. And that's just what they got - and more. The bands and solo artists that performed were not only promoting their music, but also an important cause: to give girls in Mali the chance to go to school. 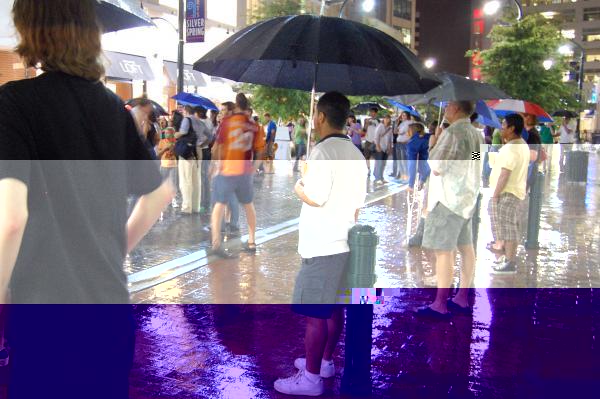 Photo: Neither heat nor rain could stop these spectators from staying at the concert.

Photo: Neither heat nor rain could stop these spectators from staying at the concert.

The United Nations Children's Fund (UNICEF) recently identified Mali as one of the top 25 countries in need of emergency help for girls. This issue of gender inequality inspired School Girls Unite, the group that organized the concert, to take action on behalf of these underprivileged girls. Next month, the organization will send between 75 and 85 girls to school using half of the proceeds from the Benefit Concert, according to Blair senior Monica Ashok, a member of School Girls Unite. "It just seemed like a good way to raise money for a good cause," she said.

School Girls Unite coordinator Wendy Lesko insists that the project was "completely youth run. They've done everything," she said. "All the girls were motivated to get people involved." The group spread awareness through advertising, Facebook and word of mouth. Blair senior Adja Koite caught wind of the issue through the latter and decided to participate in the cause. "I thought it was really important to help Malian girls go to school," she said.

The event started with a bang as Blair's most popular air band hit the stage. Action Jackson and the Go-Getters, consisting of seniors Sam Barth, Joe Gilbert, Greg Friedman, Russell Ottalini and Peter Myers, has been a group for about a year and a half, never failing to dazzle audiences when they perform at Blair events. The band certainly didn't disappoint on Friday, delivering a remarkably realistic performance of several old rock songs. "We decided to take a more political message with this concert," lead singer Barth said. Characteristic of a live rock band, all members were energetic and constantly moving to the music, inducing cheers and enthusiastic applause from their audience.

Following Action Jackson's performance, Moustapha Traore, Second Counselor from the Embassy of the Republic of Mali, spoke about the lack of Malian girls in school. Government resources aren't enough to educate these girls, he said, applauding School Girls Unite for their dedication to the project.

Metrophish, a band from Walter Johnson, took the stage after Traore's moving words. The group played original rock songs with a harder sound than Action Jackson's older pieces. An electric violinist gave the performance an interesting twist, adding to the already enjoyable songs. But Color Blind Society, which also had a violinist, seemed to have the greatest impact on the gathered audience. Although the crowd had thinned to mostly Blazers by the time the band began performing, the audience's interest didn't wane as Color Blind Society played their unique music. The rap interspersed with guitar riffs struck a chord with listeners. 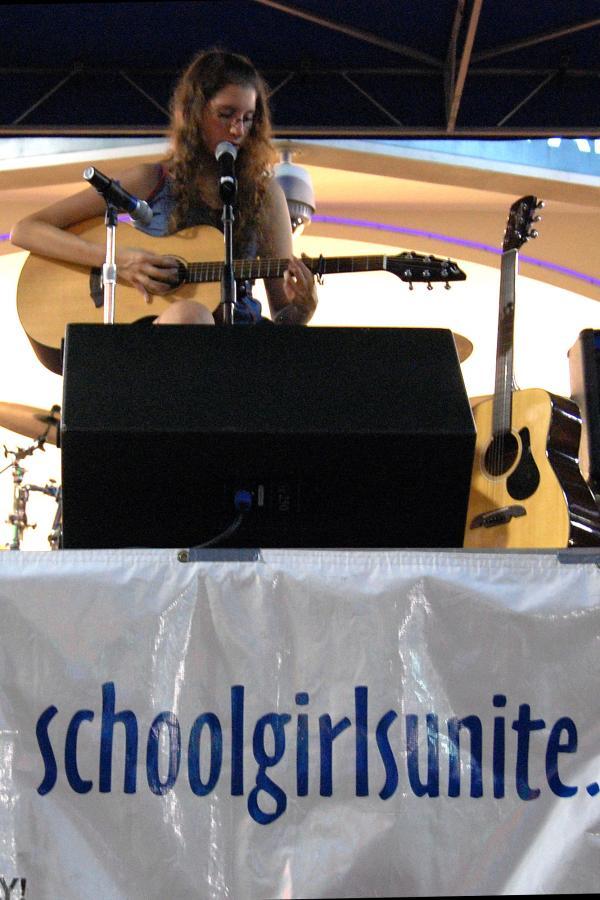 Photo: Senior Tori Heller wows the crowd with a few songs from her first album "A Blue-Eyed Sea."

Photo: Senior Tori Heller wows the crowd with a few songs from her first album "A Blue-Eyed Sea."

The evening's solo artists included Blair seniors Tori Heller and Jon Kesten. In contrast to the evening's mostly rock performances, Heller's mellow voice accompanied by an acoustic guitar provided a softer tone that enhanced the concert's variety. Her dedicated fans went wild after every song, prompting her to do an encore after her final song, "With My Hands."

Before Heller's performance, Congressman Chris Van Hollen made an appearance and spoke charismatically about the situation in Mali. He was first inspired to advocate for Malian girls' education when School Girls Unite met with him at Capitol Hill. Without schooling, girls won't have the opportunity to become leaders in their community, Van Hollen believes. "Education is the key to empowerment," he said.

Later in the evening, several members of School Girls Unite swept through the audience covered by cardboard boxes with signs reading "Education," "Child Labor," "Poverty" and "HIV AIDS." The surprised and mildly confused audience watched a chase ensue as the "Education" box attempted to fight the other boxes. Eventually, "Education" emerged victorious, as it should in reality, the group insisted. "We want to beat out HIV, AIDS, child labor, poverty and promote education and we just wanted the crowd to see that," said Ashok.

As the concert came to a close, the donations had ascended to a total of almost $3,000 and awareness had escalated. The initially daunting rain ultimately hindered neither the performers' energy nor the audience's spirit. "I think it's been a smashing success," said Lesko. "Even in the rain it's been a great free concert."

Koite agreed that the concert was memorable. "I think we should have it every year or every six months," she said.

The concert changed the lives of 75 Malian girls, and although the same cannot be said about the people in Silver Spring, the original performers, distinguished speakers and worthy cause certainly struck the right note.