A controversial issue near and 'deer' to our park

Sligo Creek must act to reverse a serious threat: the growing deer population

Little by little, the landscape of Sligo Creek Park is changing. Native plant and animal species are vanishing, and the rate of collisions along Sligo Creek Parkway is rising. Without a doubt, the park is in jeopardy. The culprits are the deer: The whitetail population that used to be merely a nuisance is now becoming a serious danger to the park's ecosystem and nearby residents. 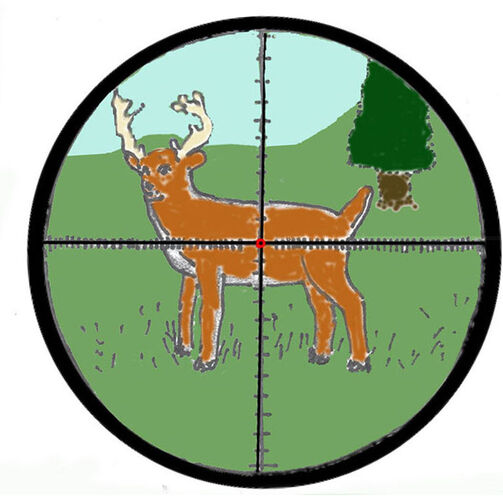 Photo:
The deer infestation has been a gradual process in Sligo Creek Park. In the early 20th century, when natural predators like cougars and wolves began to die out, the Maryland state government began imposing deer hunting restrictions. Fewer predators, both animal and human, led to more deer – many more deer. The growing population then moved into suburban parks, like Sligo Creek. The Montgomery County Department of Parks currently estimates that Sligo Creek Park can sustain 10 or fewer deer total without significant damage to its plant and animal life. Today, there are between 98 and 123 who make their home there. The problem is right in front of our eyes, both figuratively and literally.

The good news is that the department already has a solution. In 1995, it introduced a sharp-shooting program to cull deer in Rock Creek Regional Park, Wheaton Regional Park and the Rock Creek Golf Course, among other areas, and is now considering Sligo Creek Park for inclusion in the program. They're on the right track.

Overpopulation poses a direct threat to area residents – deer could cost them their lives. One of the leading causes of automotive accidents in the county, deer cause over 2,000 reported accidents each year. After all, when deer live too close to major roads, like Colesville Road by Sligo Creek Park, motorists are more likely to strike them unexpectedly.

The county cannot ignore deer-related car accidents, and it hasn't. The county's sharp-shooting programs have met with success so far. In parks with around 200 deer per square mile, sharp-shooting can eliminate up to 100 deer per square mile each year, said Rob Gibbs, head of the county's deer management program. The program is a safe option as well. All potential sharp-shooters are county police officers who have completed special rifle training, and they only shoot on select nights during the winter, so risks to residents are almost nonexistent. Afterward, the county donates the deer meat to local food banks. A drawback is sharp-shooting's cost of $75 to $235 per deer. The steep cost covers staff, corn for bait, ammunition and butchering. But the expense is meager in comparison to the cost of alternative methods, like chemical repellents, tall fencing, birth control and capture and relocation, which could exceed $1,000 per park area. These alternatives aren't even as effective as sharp-shooting, as they are time-consuming to implement and only provide temporary fixes.

Without the implementation of a sharp-shooting program, the deer eat away most of Sligo Creek's plant life, making the park's ecosystem suffer as well. An adult deer consumes four to eight pounds of vegetation daily, and this kind of consumption adds up. Sligo Creek Park has already seen a significant decrease in native plants, such as the lady slipper orchid, and according to Bruce Sidwell, president of the Friends of Sligo Creek, a volunteer organization dedicated to protecting the park, it will not be long before the entire ecosystem is damaged beyond repair. Other species that call Sligo Creek Park home, such as warbler birds, hummingbirds and butterflies, survive on the disappearing native plants, like the cardinal flower and viburnum. "Let's say you're [a bird and you're] used to putting your nest in a shrub that is six feet tall. If the deer have clipped away at it, then you're exposed," said Sidwell. Plainly put, if the plants disappear, then animal species will too.

Native animals are not the only creatures that will benefit from a permanent solution because over-population affects the deer themselves. As a population in an area grows, it needs more food, but the overfeeding will lead to the decrease of plant life to the extent that the population can no longer be sustained. This is true of the deer in the park. And the deer that don't perish will suffer from starvation-weakened immune systems. According Sidwell, deer in poor health can facilitate the spread of Chronic Wasting Disease (CWD), a degenerative illness. Employing sharp-shooters who instantly kill deer is much more humane than letting the deer suffer a slow, painful death from starvation or CWD.

Area residents agree that some kind of action is necessary. Most of the public is eager for deer management, as they know that the park will suffer irreversible damage without effective action. Friends of Sligo Creek and area residents must lobby the county for the park's inclusion in the sharp-shooting program. Sharp-shooting is now the only solution to this impending ecological disaster.