A craving for kicks

Junior Andres Gomez makes his way down the stairs of a modest building in D.C. A refreshing, cool atmosphere replaces the hot and sticky summer air. A dimly-lit, moderately-sized room filled with about a hundred people comes into his view. Booths covered with sneakers are scattered across the room, leaving little walking space. These tables are stacked with a rainbow of sneakers that lights up the room. The characteristic rubbery smell of shoes floats heavily in the air as Gomez drinks the scene in. 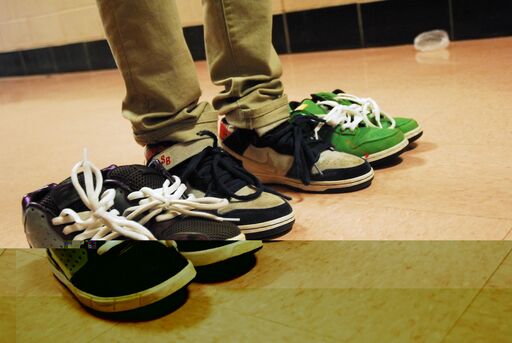 This unassuming underground garage sale is home to many sneaker enthusiasts (called "sneakerheads") like Gomez with a true passion for kicks. Obsessed with sneakers, these teenagers find buy, sell, trade and sport the most fashionable, and often most expensive, shoes around.

This kind of love for sneakers has become a nationwide trend. Sneaker culture got its start in New York in the 1970s, according to a CNN article entitled "Sneakerheads pay big bucks for rare kicks." What used to be an exclusive underground lifestyle has now become a part of mainstream culture. Inspired by basketball stars and rappers such as Michael Jordan and Run DMC, sneaker enthusiasts gradually build their own sneaker collections. Their goal? To own the most expensive and rarest shoes on the market.

Throughout the past few years, the popularity of sneakers has grown locally as well. Junior sneaker fanatic Janet Henkai explains that sneakers have become a collector's item among teenagers. "More and more people are getting into the culture, especially younger people and girls," she says. Though the number of people involved in the sneaker culture has risen, there are only a select number of Blazers who are included in the sneakerhead community within Blair.

Swanky sneakerheads
Sneakerheads at Blair are a distinctive, unique group. "A sneakerhead is a person who collects shoes for fun, who is in the entire sneaker culture," senior Mady Nadje says. Though he believes it takes a lot more to be considered a sneakerhead, he states the most basic requirement to become a sneakerhead: "You're not a sneakerhead until you have at least 10 pairs of sneakers."

Many sneakerheads agree that life as a sneakerhead encompasses more than just the quantity of sneakers one owns. To senior Joseph Arce, being a sneakerhead means maintaining a humble love for sneakers. "People just buy sneakers to buy them, not to cherish them," he says. "I feel like people shouldn't do it because it's popular or a trend but because they love it." He explains that these shoe lovers are the true sneakerheads. "There are a few people in school who just love them on the down low," Arce says. 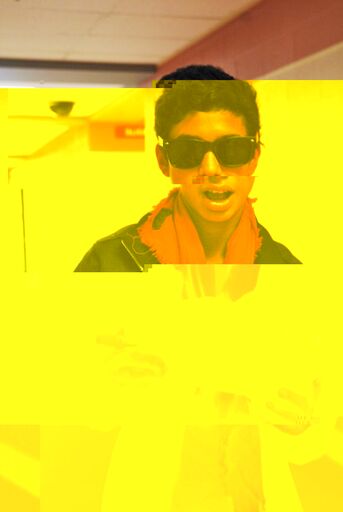 Photo:
In addition to these true shoe lovers, there are Blazers who falsely believe that they are a part of the sneakerhead community. "There definitely lots of kids who look like they are sneakerheads, but I only know of a select few," Gomez says. "But a lot of people wear fake kicks, which is an unheard of concept in sneaker culture."

A satisfying sacrifice
Being a part of this community involves sacrifice, which may be why members are quick to point out the fakers. Fueled by their love for sneakers, some sneakerheads have to work and save for rare shoes. Rare sneakers such as Nike SBs, Air Jordans and Pumas usually cost around $100-$200, but particularly exclusive pairs can be upwards of $1,000.

According to CNN, companies have capitalized on sneakerheads who are willing to pay big bucks to ensure few others wear the same shoes. Sneaker companies have begun expanding their markets to cater to these shoe-lovers. Today, Adidas, Nike and Puma compete with luxury brands such as Chanel, Prada and Gucci and the major sports shoe companies allow customers to design their own shoes.

Sneakerhead senior Julian Kwenah has often gone to great lengths to get a special new pair of sneakers. "When I try really hard to get the sneaker, I make it a priority," Kwenah says. Kwenah, who admired sneakers as a kid, had to wait until he was older to purchase sneakers such as expensive Nike Dunks by working miscellaneous jobs around his neighborhood. "Ever since like middle school, I always wanted to get sneakers, but I never had the money," Kwenah explains. "When I got older I could rake leaves and stuff, and I saved to get sneakers. I started getting more and more."

Henkai also particularly likes seeing her hard work turning into something tangible. "Sneakers are important to me because it's something I've worked for," she says. "More than half of my shoes are ones that I have paid for myself." 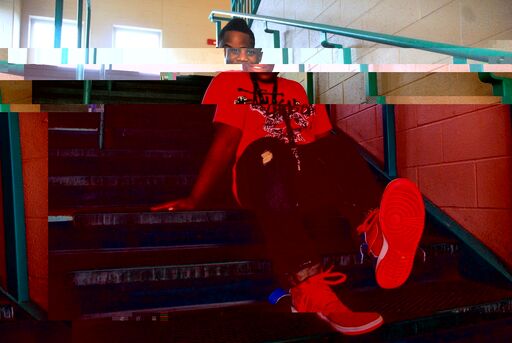 For many Blazers, saving money can be a doorway to an unmatched form of expression, as sneakers can show an individual's unique personality. "Sneakers are important because they reflect your personality," Gomez says. "Sneakers can be the main aspect to a look, or they can compliment a fresh outfit." For Nadje, in fact, sneakers are a vital part of his fashion choices. "If you had the best sneakers on, your outfit was set," Nadje says enthusiastically. "I planned my outfit around the shoes. When I had red sneakers, you'll see that I'll only be wearing red to school."

Collaborative community
The growing trend of sneaker-collection is collaborative, connecting sneakerheads from different schools, communities and regions. Sneakerheads constantly buy, sell and trade shoes with one another, always keeping in mind the relative value of the sneakers."It's kind of like buying a car," Nadje explains. "Once you take them out of the lot, they lose their original value. When you wear sneakers out, they lose their value." As a result, many sneakerheads usually keep rare kicks at home, only wearing them once in a while.

The Internet has become a means of communicating and trading with other sneakerheads. Nadje, for example, uses Facebook to advertise amongst his friends when he wants to sell shoes. Sneakerheads also buy sneakers online on websites such as Flight Club and Palace 5ive, which also has a store in D.C.

There are also huge events catered to this unique but growing population. DunkXChange is one such organization, and it's a high point in sneakerhead collaboration. "The DunkXChange is like all sneakerheads," Nadje says. "It's a community where you're surrounding yourself with people that have the same interests." This event offers a place for a number of sneakerheads to buy, sell and trade shoes in a lively atmosphere for an admission fee of $10. The relaxed structure allows sneaker enthusiasts to chat and enjoy music from local rappers, Gomez says. There are raffles for free sneakers that are given out to participants, as well. "It's structured so that you can do your own thing. You can buy whatever you want," Gomez says.

The rise of events like DunkXChange testifies to the attraction of the sneaker culture both nationwide and locally. "Sneaker culture is a trendy, ever-growing collaboration. It's like a never-ending thing," Nadje says. "You can never stop the process."