A "Force" to be reckoned with

DragonForce slays D.C. in an epic concert to end all concerts

As I walk into the packed club, flanked by 11 friends and already sweating from the oppressive humidity, the lights dim abruptly. Only one light remains, a huge digital clock on the stage that pours harsh red light on the crowd. And thus, the countdown begins: three minutes until the most epic event in modern history. DragonForce. 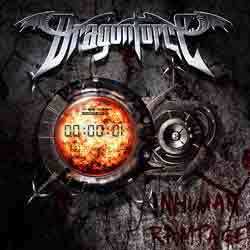 As the clock nears its final destination, the hour is at hand. Forcing our way to the center of the 9:30 Club as the music blasted forth from the stage, we headed straight for the Pit. Basking in the double bass and insane shredding of drummer Dave Macintosh and guitarists Herman Li and Sam Totman, the crowd responds eagerly to the charismatic vocals and stage antics of ZP Theart. Keytarist (that's right, he plays the Keytar) Vadim Pruzhanov and bassist Fred Leclercq round out the band, anchoring the music and contributing to DragonForce's powerful stage persona.

DragonForce, an import from our crumpet-munching counterparts across the Atlantic, blends heavy metal beats and sick guitar solos with Iron Maiden-esque vocals to form an epic band — no, experience — that shouldn't be missed by fans of any genre.

But these are merely words, far inferior to the moving power of music. Go have a listen of their most popular song, "Through the Fire and the Flames," off of their latest album, "Inhuman Rampage," for yourself. It will blow your mind! Be sure to pay close attention to the insanely fast guitar licks. Herman Li (whose signature stage moves include the "Guitar lifting whammy bar slam," the "Drum riser spin bounce" and "Hands free booze drinking") and Sam Totman can play guitar so fast that sound can't even keep up with their fingers.

Meanwhile, back at the 9:30 Club, DragonForce plays a mean two-hour set, playing an appropriate mix of fast and slow songs to give the roiling crowd a break. The lighting and set designs were impeccable, reflecting the thousands of shows the 9:30 Club staff have under their belts. This expertise showed through in one of their slow songs, where a rotating purple light silhouetted ZP Theart while air vents beneath him tousled his hair, as if he were floating.

Another affectation that stood out especially was the "tattoos" that some of the band members wore during the performance. As we later found out when they spontaneously ripped them off with about two songs left in their set, it turns out they were just clear mesh sleeves with graphics painted on.

With one fist in the air and the other furiously wiping sweat-soaked brows, the crowd pulsed to the hazardously loud music. As the concert came to a close, the masses, though worn out, bruised and hoarse, screamed louder than ever until the last epic note rang out from the Capitol to the Club, echoing in our pounding hearts and ringing ears.