A fresh start for field hockey 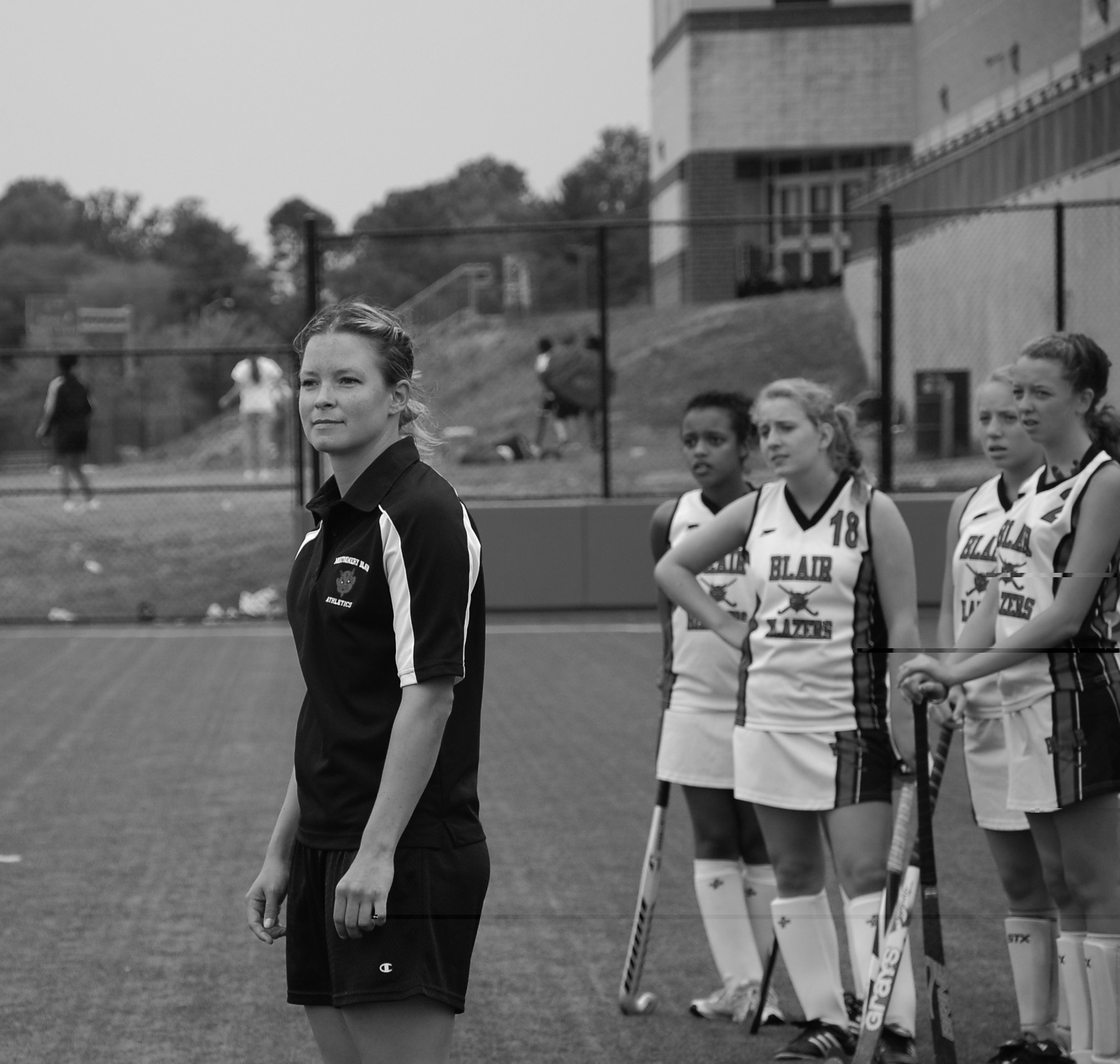 Photo: Coach Denny stands stoicly, a visage of power and steadfast mentality, guiding the team through the darkness

Photo: Coach Denny stands stoicly, a visage of power and steadfast mentality, guiding the team through the darkness

It's game day for varsity field hockey. The ball whizzes across the turf as Blair and Wootton fight for possession, each p layer hungry to get it. New coach Christine Denny stands, surveying the 11 Blair players spread across the field. It may be her first year coaching Blazer field hockey, but it's far from her first year on the field.

After five years of coaching varsity field hockey, former head coach Brook Franceschini left this year to take a position at Quince Orchard. With the Blazers looking for a new coach who could help improve their record, Denny, who is head coach of JV lacrosse and in her third year of teaching English at Blair, was deemed right for the job. By the time Franceschini approached her about the position, it was already something she had been considering, she says.

While it may be her first year coaching field hockey at Blair, Denny's coaching experience stretches much further. In addition to JV lacrosse at Blair, she previously coached the field hockey and lacrosse teams at Blake, leading them to winning records. Before she was a teacher, she played both sports in high school, and later club lacrosse at the University of Maryland. Despite the experience she's gained, both on the field and in the classroom, she considers Blair unique. "I think it's more diverse, both in teaching and coaching," she says.

As the team takes the field on game day, that diversity comes across in various forms. Players range in grade level, from sophomores to seniors, and each brings a different set of skills to the field. "They all have different strengths," Denny notes. On the field, her style is calm as she watches the players, occasionally yelling a mix of encouragements and critiques. A smooth pass down the field earns a "great job!" while later another player is reminded of which way to point her feet. This composure is something her players value. As junior defender Hadley Luker points out, "She never gets really frustrated with us, and she's always calm."

Every day is a bit different, and Denny says there's no such thing as an "average" practice. "It really depends on the day, with scrimmages and games we've played," she says. So far, she says practices have been going well. "Everyone is willing to work hard," she says. Last season, the Blazers achieved an 8-6 record. Denny believes that this season the team can do even better. "I'm very confident," she says. 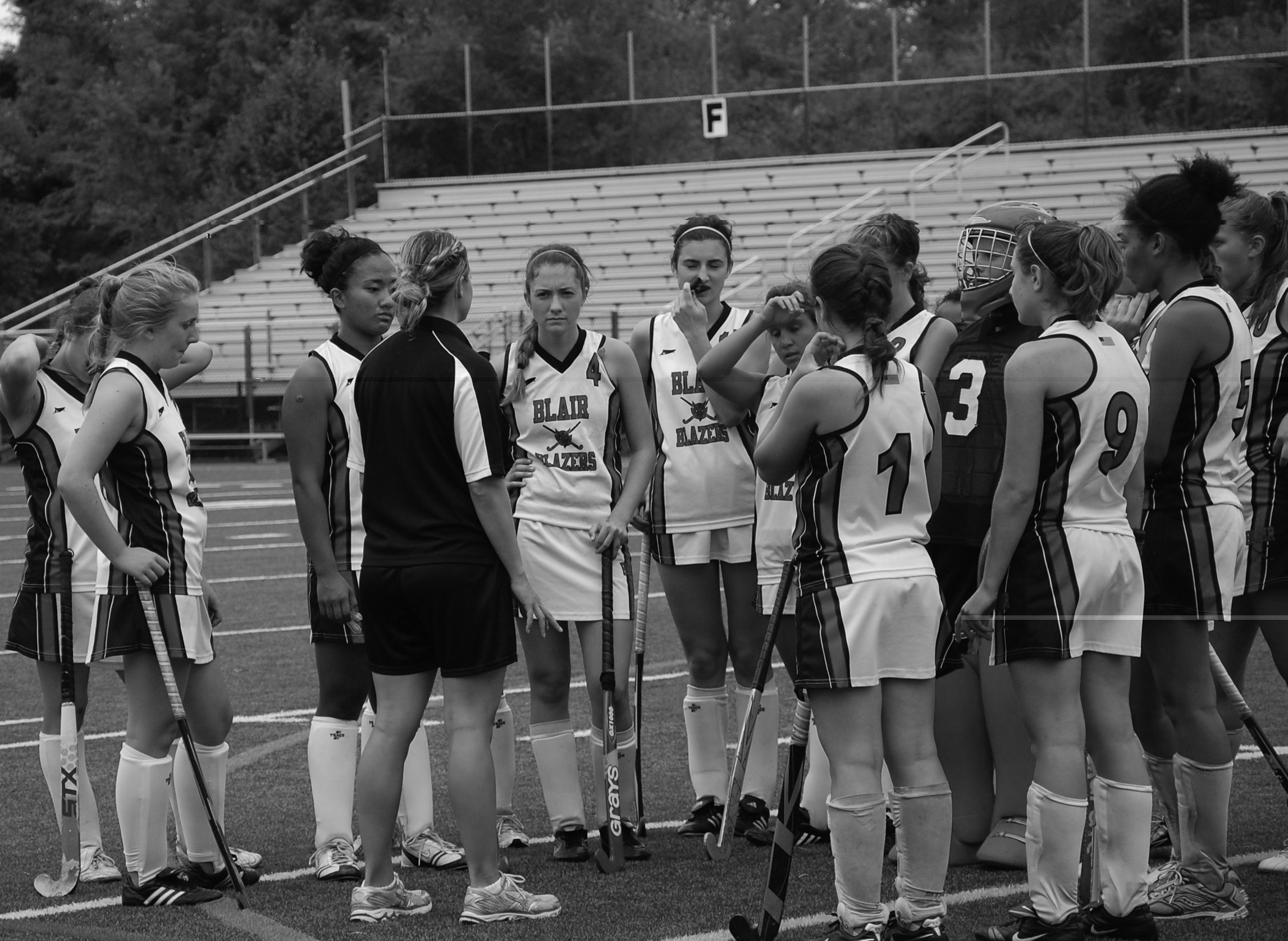 Photo: Coach Denny tells the Blazers what their next battle move shall be, a decision that no one takes lightly.

Photo: Coach Denny tells the Blazers what their next battle move shall be, a decision that no one takes lightly.

Denny is able to recognize the contributions of everyone on the team, from star players to those new to varsity. She mentions the importance of senior leadership, along with experienced juniors who played on the team last year and stepped up to support the sophomores.

While the sophomores may be new to varsity, they too add plenty to the team. "The sophomores really add a new dynamic. Because of them, it's not the same team, but that's a good thing," says Denny.

She notes that last season's losses had one thing in common: the close final scores. "A lot of those games we lost by one point. We can definitely turn that to one point in our favor with a strong midfield" she explains.

Senior co-captain Janet Henkai says that so far, adjusting to a new coach has been easy. "When you're a senior, it kind of sucks to have a coach leave. But Coach Denny is helpful and she believes in us even when our record doesn't show. She's very friendly and it was a very easy transition, she says."

Proud of her players' potential, and their 5-2 record as of October 4, Denny says she believes the team will do well in the remainder of the season.


Claire Boston. Claire Boston aspires to one day be as cool as Grace Coddington, Meryl Streep and Zelda Fitzgerald before she went crazy. Claire's interests include wearing neon tights, shunning serial commas and coming up with nicknames that distinguish her from the two other Claires on Silver … More »