A fumble for Penn State

The Penn State Nittany Lions, one of the most competetive college football teams in the country, were looking forward to a strong season. Head Coach Joe Paterno held the record for the most wins and bowl appearances of any college football coach in the country. It all looked very promising, but everything began falling apart in November. The university was startled to discover that one of Paterno's assistant coaches, Jerry Sandusky, was accused of having inappropriate relations with young boys through the charity he founded to provide at-risk youth with football opportunities. 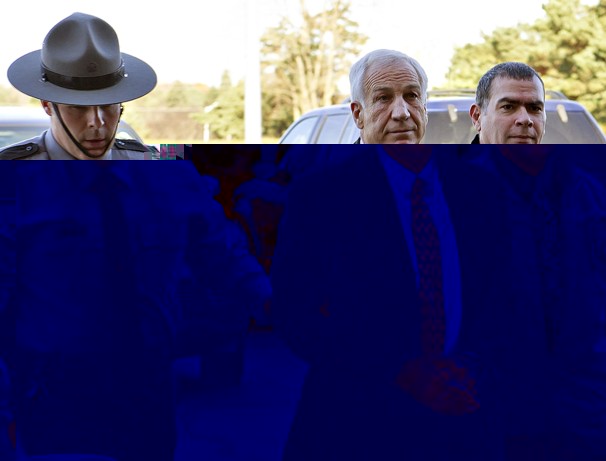 As someone who is not in tune to the world of college football, even I have been exposed to enough information to form an opinion. After the controversial series of alleged events that has led to the tarnished reputation of the Penn State football program, I've come to see the situation as follows: Sandusky was a talented assistant coach who sexually abused young boys for years. There were numerous people who were aware of the abuse and they let him get away with it. When Sandusky was officially indicted, he admitted that he showered with 10 year-old boys, touched their legs and "horsed around" with them, but denied that he had sexual intent.

Now, there are many horrible aspects to this situation, but the one that strikes me the most is the fact that all of the high ranking administrators who had to power to stop the abuse were the ones who knew about the sexual abuse. But these people took only minimal and unsuccessful action, presumably in order to maintain the reputation of the program. Paterno, the Athletic Director and even the school president were aware of what was happening.

All of the facts as to what truly occurred have not been determined. However, it is clear that these incidents could have been prevented if those people with the authority acted responsibly. The lack of sufficient action tells me and the rest of the nation that these officials cared more about a winning football season than about protecting innocent young children from actions that could scar them for the rest of their lives.

Now, what does this say about the culture of collegiate level athletics? The whole incident seems a little hypocritical. College is meant to be a time where students are able to better understand their moral and social responsibilities in the world, and when coaches such as Sandusky and Paterno are being completely irresponsible and immoral, the athletes and other students can no longer look to them as positive role models.

It's understandable that sports can shape certain college experiences, so athletics should definitely be taken seriously. However, when the success of an athletic program takes precedence above everything else, such that Sandusky's acts are left unattended, competetive college athletic programs need to be reassessed.