A game to die for

Knock, knock – the sound resonates throughout the house. A bewildered student picks up his crutches and hobbles out of bed to his front door. Cracking it open, he gazes out and turns pale. Seeing his killer before him, he quickly tries to slam the door, but is pushed to the ground. His attacker moves in and utters a single phrase. Junior Eliot Gold has just been killed.

Although the death is only figurative, the loss is real and the game is on. At the beginning of 2008, junior Joseph Rosen and senior Tyler Kelly pulled together a list of assassins who would define the next few months of their lives. The hunt was called Killer, and the hunters were volunteer students. The assassination game, in which the motto is "kill or be killed," has spread through Blair like wild fire, with a total of 204 Blazers now murdering their way to class. 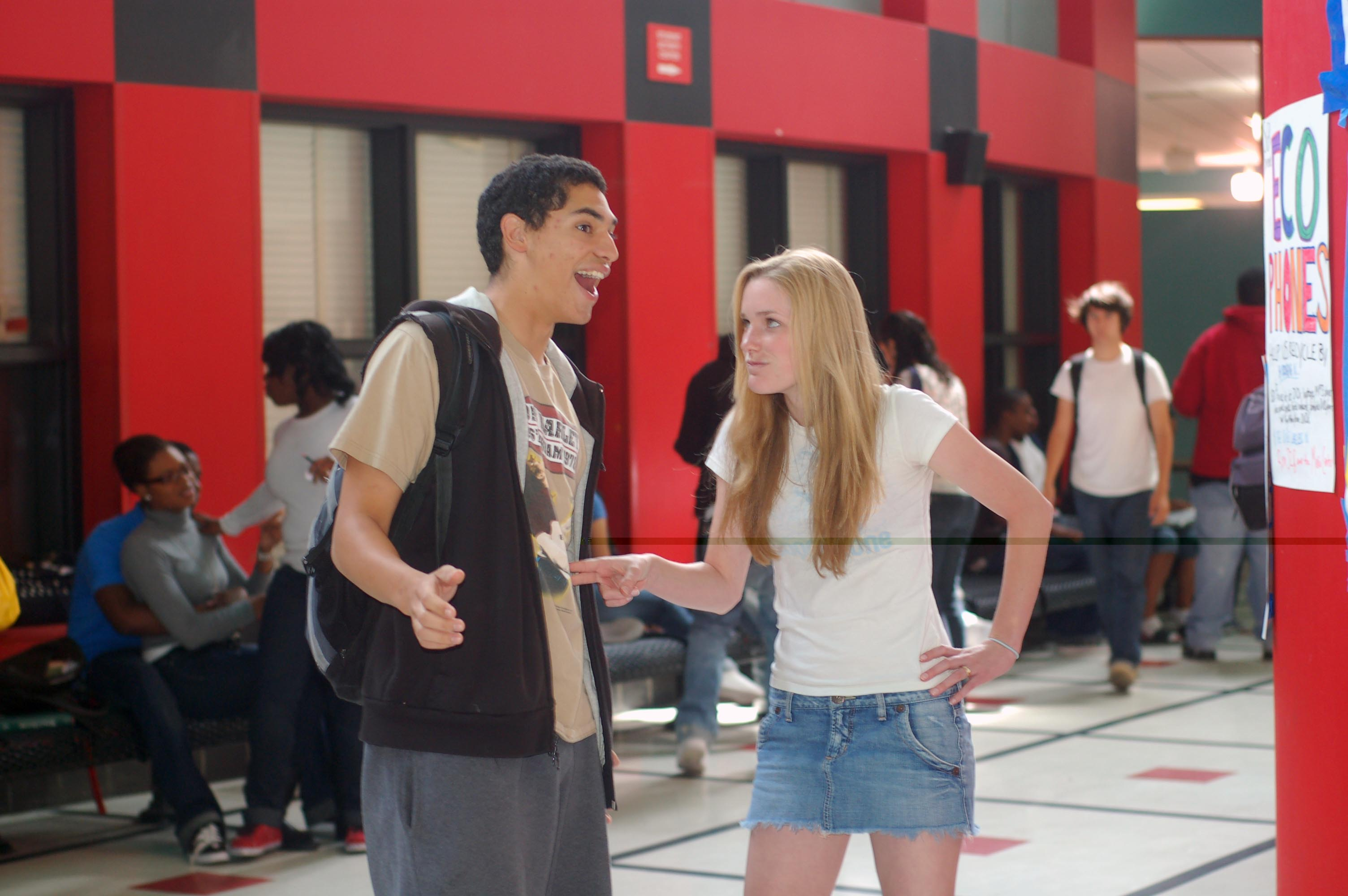 Killer, sometimes known as Assassin, was initially popularized on student campuses during the 1970s. The live-action role-play forces participants to watch their back while planning the death of their assigned target. After a kill, the murderer takes on the victim's target, and the last player left standing is crowned champion.

In typical play, murders can be committed in a few ways: direct (range and melee weapons), indirect (planted weapons such as a "bombs") and capture (gaining possession of sacred item). But the Blair version is restricted to merely imitation hand-"guns" and the vocalization of a pre-selected phrase. Recently, the game has come under intense scrutiny by police across the nation, and even banned at certain universities due to high profile school shootings, such as the Virginia Tech massacre.

Rosen first conceived a Blair version of the game while at Moshava, an overnight summer camp, where he learned Killer from his friends. The game was passed down from some of the older campers, with whom the game was a 24/7 affair, says Rosen. After returning to Blair, the junior wished to spice up the monotony of a typical school day with some spine-tingling murder. Rosen collaborated with the Awesome Club, of which Kelly is a co-president, and the first game was planned, formatted and set in motion. 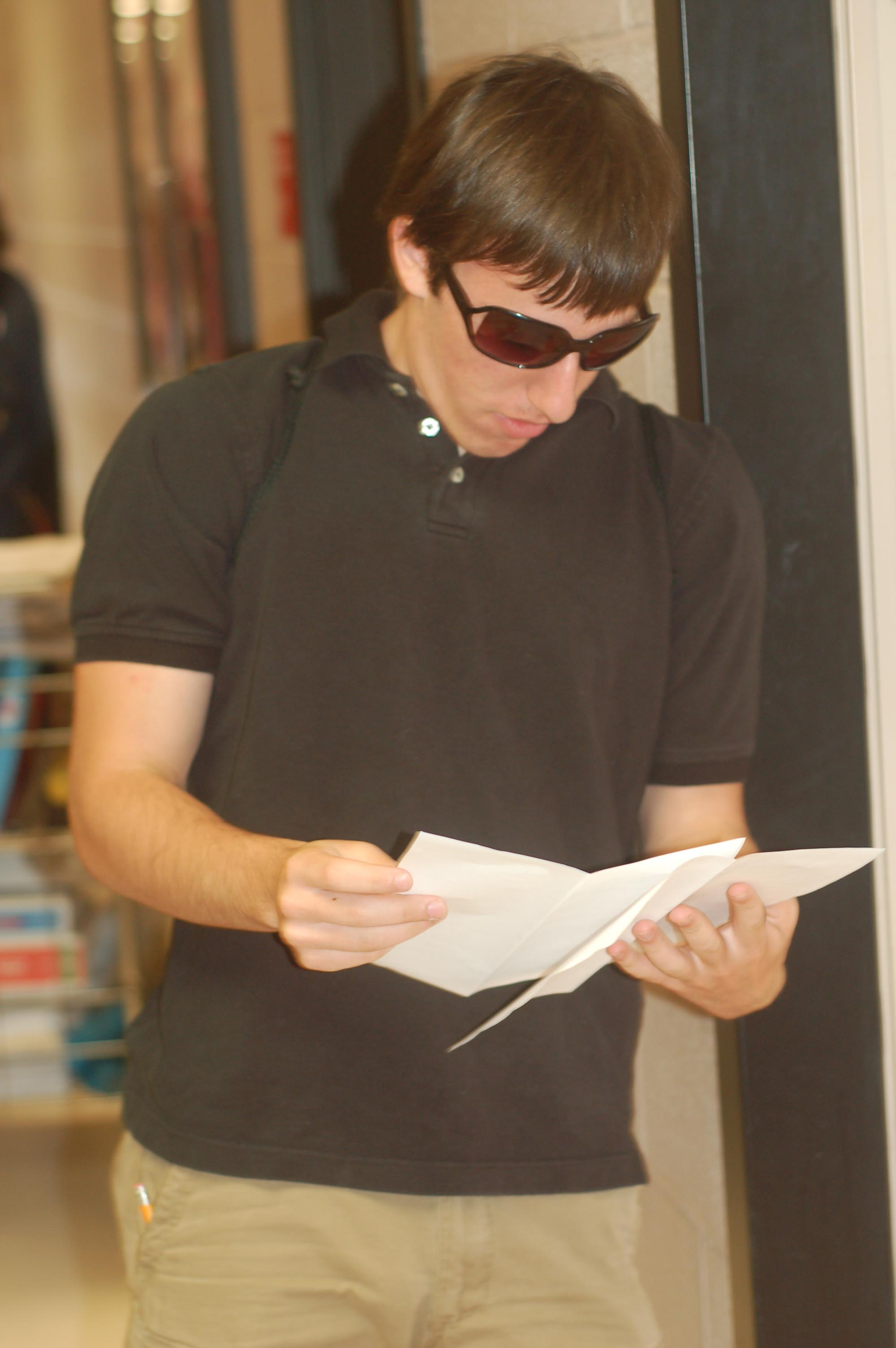 Photo: When Blazers are 'killed,' they report their death to organizer junior Joseph Rosen.

Photo: When Blazers are 'killed,' they report their death to organizer junior Joseph Rosen. Photo courtesy of Molly Brune.

The initial game consisted of only 78 Blazers, a group compiled from friends of the Awesome Club. After calls for a second game penetrated the hallways, Rosen and Kelly reunited, beginning a second round on May 20; and like the first, it is Blair-exclusive. "Organizing it just at Blair is challenging enough, I definitely will not expand it to other schools," says Rosen. Because of Blair's size, it has an almost endless pool of possible assassins. Like at any high school, however, there was one major problem – most killers only see their victims during school hours, limiting game-time.

Dedicated Blazers refuse to let this get in the way. Some assassins go out of their way to stalk each other in hopes of catching an unsuspecting target off-guard and without witnesses. "It is easier to catch people by surprise outside of school; and it is more satisfying anyway," says freshman Maia Barnes, champion assassin of the first game.

The game's expansion beyond school grounds plays into the paranoia, mystery and exhilaration of the assassinations. "After being murdered at my own home, I am very cautious about who I invite in because you really don't know who is after you – it is much too scary," says Gold.

Anonymity is all part of the excitement. "You never know who has you. It could be anyone, that guy who borrowed a dollar from you? That kid you say hi to in the hallway? The guy from your basketball team? They could all be trying to catch you alone in a hallway, and would like nothing better than to utter the words, sending you out of the game," says junior Novian Haynes.

Killer also offers a way for Blazers to meet each other and encourages camaraderie between grades, infusing the game with a sense of school pride. "I like getting the names of people you don't know. It makes meeting new people fun," says Haynes. The phenomenon has introduced otherwise unacquainted students and given them a chance for playful interaction with faculty. "Except for seniors, the games are quite balanced across grades. There is even a teacher playing!" says Kelly. 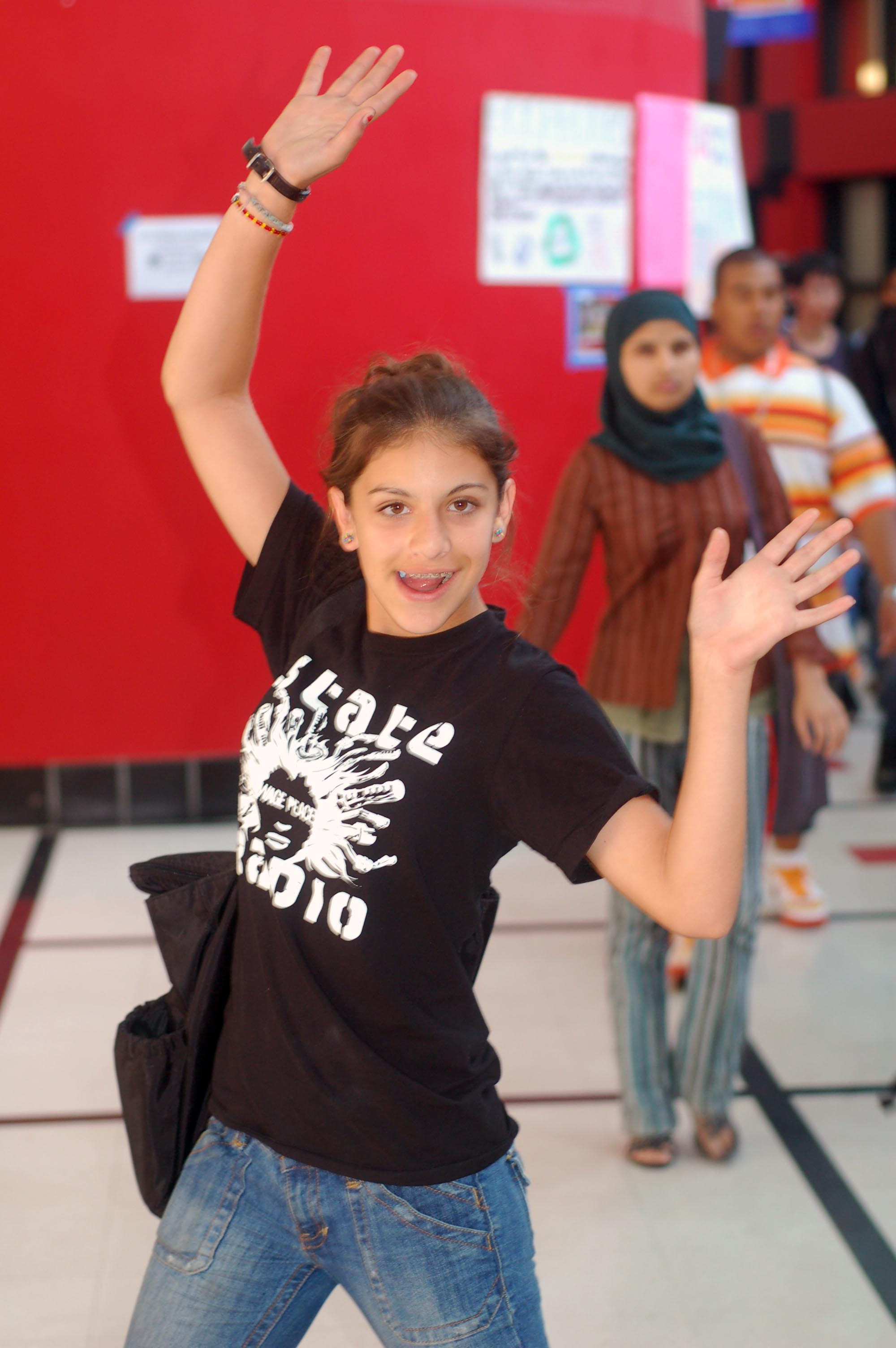 Photo: Freshman Maia Barnes celebrates her win in this year's first round of Killer.

Photo: Freshman Maia Barnes celebrates her win in this year's first round of Killer. Photo courtesy of Molly Brune.

Due to the popularity of the game, Rosen has already set out plans for next year's escapades. "I do have strong hopes of running another two games next year, one per semester," says Rosen. "Currently we have about seven percent of Blair playing. I hope for at least 10 to 15 percent next year."

All work and no play

With violence increasing in American culture, the gap between fantasy and reality can easily be blurred. "What can be dangerous and difficult is when you get people who become obsessed and lose the boundaries of reality," says clinical psychologist Dr. Bill d'Alelio, who works out of the District of Columbia.

A family psychology specialist with over 35 years of clinical assessment experience, d'Alelio admits to having played the game himself during high school. "It was an awesome experience and lot of fun to play. I am less concerned about people being involved in imitation violence than not understanding how to undergo conflict resolution," says d'Alelio.

Rosen feels that there is no definitive correlation between Killer participation and real violence, and that many non-violent people can enjoy games of faux killings. "Just because someone played a game involving murder as a child does not mean that they will instantly be a violent person later in life," says Rosen.

Administrative problems can arise when students set up traps for each other, call targets out of class and become too involved in the aspects of fear and death. However, as long as "people have strong social lives and groups of friends playing there is no harm done, especially if students volunteer to play," says d'Alelio.

While other troublemaking Blazers have gotten caught up in clouds of smoke and pools of liquor, Rosen and Kelly have constructed an elaborate pastime that keeps students entertained and out of typical risky behaviors. And as long as Killer remains under the administrative radar, Blazers will continue to hunt each other down, sneak up on unsuspecting targets and run rampant with murder. To these kids, Killer is fatal – fatally fun.


Lucas Alvarado-Farrar. Lucas is half Honduran and half American, but all Mexican. He is a New York native and naturally a fan of the Bronx Bombers. Lucas is a senior in CAP, plays soccer and runs track, and likes pretty much any sports activity. He is fond … More »