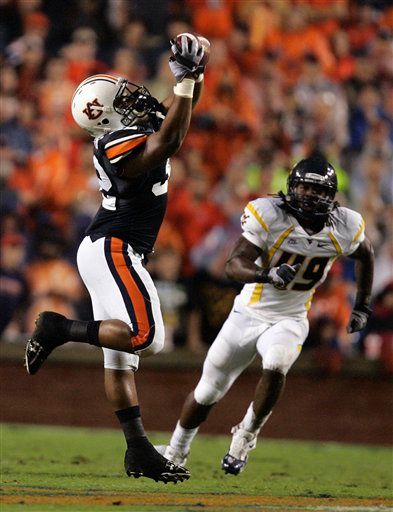 Photo: According to a NCAA report, football players had the highest risk for concussions among male college sports.

Photo: According to a NCAA report, football players had the highest risk for concussions among male college sports.

As the National Collegiate Athletic Association (NCAA) spring season begins and one of the most famous Championship Games in sports is set to start in two weeks, we are reminded that every year, high school seniors are recruited or given scholarships to join the college athletic circuit. Recently, the NCAA released a report on injury risks for standard college sports, paying particular attention to football and soccer. Not only have the risk percentages increased drastically, but the kinds of injuries have also become much more serious. Though the choice is an individual one, prospective athletes need to understand that it is a long-term commitment to maintain education and health in tandem with the rigorous, exacting demands of collegiate-level sports.

According to the report, when games and practice percentages are combined, the injury rates per every 1,000 exposure opportunities average at 10.9 in women's soccer, 10.7 in men's soccer and 10.5 in football. Torn anterior cruciate ligaments (ACL) and concussions were the most prevalent among these sports. These injuries can cause irreversible damage to the brain or ligaments, and repeated contact in those areas can lead to a higher likelihood of adolescent and college-age players developing osteoarthritis – a type of degenerative joint disease.

There are varying levels of collegiate sports; though Division II and III teams require a large time commitment, Division I teams are generally those where athletes experience severe strain on relationships, academics and overall health, according to a study published in the Online Journal of Sport Psychology. Athletes consistently evaluated themselves as having heavy demands from extracurricular activities and not getting enough time for sleep. Furthermore, female players had a higher chance of practicing eating disorder behavior, especially those who wore uniforms that showed more skin.

These trends have a strong correlation with the increasing intensity adolescent athletes' training. Sports scholarships are not widely offered and only immensely skilled, dedicated athletes have a chance of being scouted. Young players must push themselves to the extreme to keep up with the growing competition. This has spilled over into colleges with a spike in the hiring of sport psychologists, who teach student athletes how to cope with pressure. It's meant to be mental training layered over the standard tactical and physical training, as those with access to a sport psychologist are more able to handle pressure, either related to athletic or academic performance.

But college sports do give student athletes excellent opportunities to be part of a social niche, have an outlet for stress and be exposed to top competition that can lead to promising professional futures.

That being said, colleges need to remember that student athletes are just that: students and athletes. Even on a higher level of competition, a student should not have to choose between academics, health, social relationships and athletics. Instead of picking a side, schools should provide accommodations to help students balance priorities. Furthermore, the NCAA should ensure that coaches are placing student safety above success. There are bound to be injuries in any contact sport, but these recent percentages show a dramatic and disconcerting upswing in the last ten years.

High school students must be aware of the social, physical and mental sacrifices that are associated with college sports. Students should be fully informed and should make an effort to talk to a past student athlete or coach before committing to a team. In the end, collegiate sports are not for everyone and it is the responsibility of the student to go into the experience with eyes wide open.