A (hilarious) end of an era

Gilly, the Target Lady, Penelope and Junice. These are all well-known characters portrayed by Kristen Wiig on "Saturday Night Live" (SNL). The show's season finale this past Saturday ended with a farewell to Wiig after having appeared on the show for seven seasons. The finale included Mick Jagger, the Foo Fighters, Arcade Fire and Jeff Beck singing "She's a Rainbow" as the whole cast hugged Wiig goodbye. So yes, it was a bit emotional for any hardcore fan. 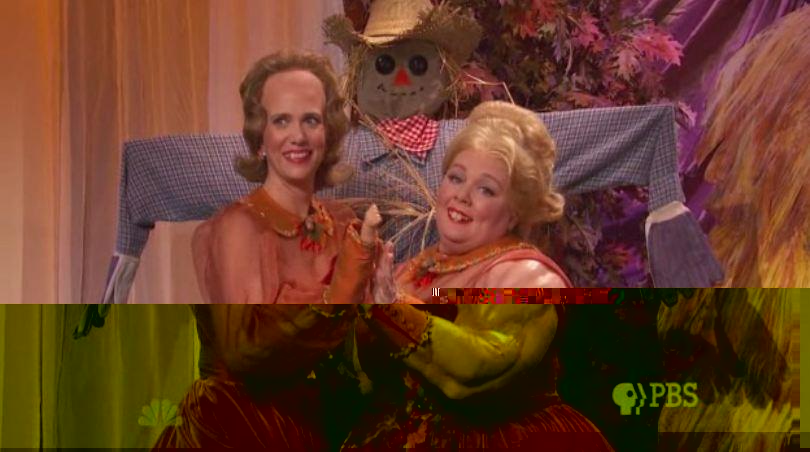 Photo: Kristen Wiig as one of her more well known characters, the large foreheaded Junice

Photo: Kristen Wiig as one of her more well known characters, the large foreheaded Junice

Since 2005, Wiig has appeared in more sketches than I can count and managed to be hilarious in most of them. But like everyone who's ever been on the show, she had to leave eventually. "SNL" is a platform to launch someone's career and after the laugh-so-hard-you-break-a-rib success of her movie "Bridesmaids," Wiig is moving on to more movies and more screenplays.

A cast member leaves SNL nearly every year, but Wiig's departure is such a big deal because for a while, she was the center of the show. She would do, say or wear anything to get a laugh and often outshone the rest of the cast, which debatably was not always the best thing. She could be anyone from Michele Bachmann to Taylor Swift. She certainly carried more than her fair share of the show and left her mark on a show that's had almost
40 seasons.

So many people were funny on the show, but we didn't see much of them after they left the show. However it's doubtful that the same will be true for Wiig. She lived up to the
high standards set by her predecessors and set an even higher one for those after her. Even though we'll miss her bizarre faces and tiny doll hands, we can look forward to any movie she writes or stars in, which will inevitably be funny.

The dramatic goodbyes and all the reminiscing makes it seem like she's going off to die, but that will never happen. Wiig had so many characters and so many personalities on the show that she'll almost certainly be one of the lucky veterans who still keeps us laughing 10 years from now. The show will go on without her, but it will not be the same.