Though the ending may be underwhelming, the journey is intriguing, well-paced and well-worth the time

Slow but suspenseful, Shea Ernshaw's, "A History of Wild Places," combines puzzling mysteries with an immersive writing style that will keep readers hooked until the end. With missing persons, secluded civilizations, and unexplained phenomenons, this book is everything a mystery-lover could ask for. 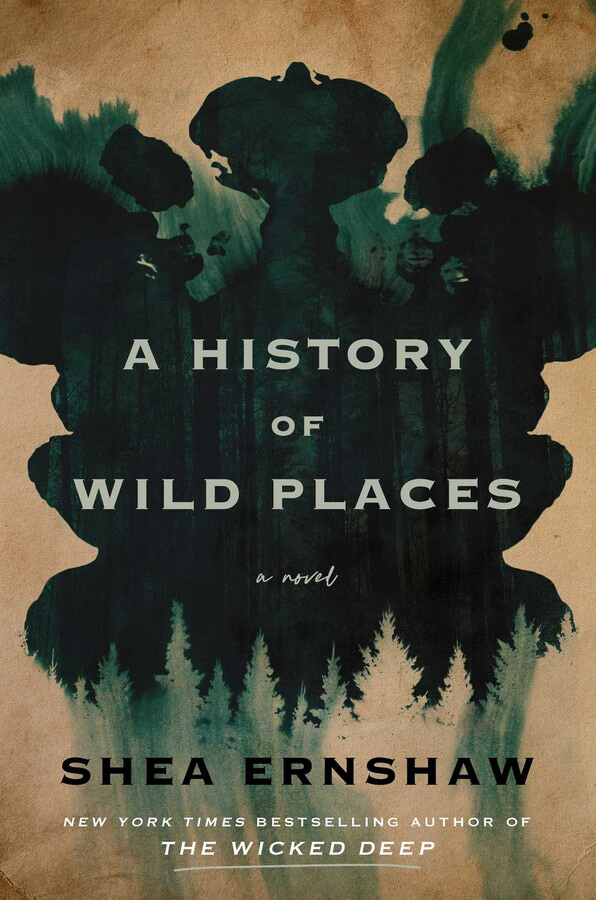 Photo: "A History of Wild Places" is a suspensful read that keeps readers interested throughout the entire story. (Picture courtesy of Atria Books and Shea Ernshaw)

Photo: "A History of Wild Places" is a suspensful read that keeps readers interested throughout the entire story. (Picture courtesy of Atria Books and Shea Ernshaw)

The book starts off with the perspective of Travis Wren as he begins his search for Maggie St. James, a controversial children's writer who's been missing for five years. Gifted with an ability that allows him to see images of the "history" of any object he touches, such as the identity of who last held an object and where they were going, Travis spends his time searching for missing persons. However, Travis' "gift" is more of a curse, usually providing him information he doesn't want, and he spends most of his time friendless and alone.

Travis's search for Maggie quickly leads him to the edge of a forest, in which an isolated community known as the "Pastoral" supposedly resides. Just as Travis enters the forest, part one of the book ends. Part two begins with the perspective of a member of the Pastoral: Theo.

Both Maggie's disappearance and Travis's search for her are interesting and well-developed up until this point. Unfortunately, neither Travis nor Maggie is mentioned again for some time. The rest of the book is centered around life in the Pastoral. The perspectives alternate between three people: Theo, Theo's wife, Calla, and Calla's sister, Bee. The change in perspective feels jarring at first, but the confusion it causes adds to the overall mystery of the book.

The readers know from Travis's research that the Pastoral was created by a group of people from the 1970s who had bought a piece of land in the forest to live a life in which they could escape from the rest of civilization. However, between cryptic descriptions of "the outside'' and a mysterious disease known as "rot," it quickly becomes clear that the Pastoral is less of a nonconformist's paradise and more of a dystopian farmland.

Although this feeling of unease is established right when Theo is introduced, the community's transition from simply being peculiar, isolated, and having strange folklore into being sinister and cult-like is developed at a steady, satisfying pace. The development of the Pastoral and its issues are helped by the multiple perspectives. Each of Theo, Calla and Bee describe different strange customs and occurrences at the Pastoral, allowing the reader to piece bits of information together before the characters do.

Besides the pacing, Ernshaw's writing style is another one of the book's strengths. Through vivid descriptions and careful word choices, Ernshaw does an amazing job of developing the overall mood and setting of the story and helps the audience easily sink into the fictional world. With immersive fluidity, Ernshaw's writing keeps the plot moving at a steady pace.

The characters are definitely the weak point of this book. Travis, with his interesting backstory and relatable feelings of being "lost" in life, is decently likable but unfortunately only appears mainly in the beginning of the book. Theo, Calla, and Bee are simply bland. Though none of them are particularly annoying, none have distinct personalities and the author provides no reason for the readers to become attached to any of them. Although their lack of relatability to the readers can be explained by the fact that they are hypnotized and brainwashed, there's no reason for none of the characters to have any defining traits. Theo is occasionally rebellious and wants to explore the outside world, but just like the others, he fades into the background of the plot for most of the story.

There are also a few unsatisfying explanations, especially behind the mysterious "rot" disease. It's revealed that the disease, among other mysteries and issues in the Pastoral, was caused by the hypnotization of the entire Pastoral community. Having one single person controlling an entire community through hypnotization is an interesting concept, but it was not well developed in this case. Certain parts of the story makes hypnotization unrealistic, such as the fact that the hypnotizer is young and self-taught.

Additionally, having Travis's ability be the only magical element of the story is a bit disappointing, especially considering the amount of build-up there is to there being something magical in the Pastoral too. Between the "rot" disease and the Pastoral's mysterious beginnings, there is a lot of unfulfilled potential for at least one of those aspects to be magical, especially since Travis's magical ability has already opened up such possibilities.

Despite the lacking characters and underwhelming ending, the writing style and plot development alone are enough to make this book worth reading. The characters might fade into the background sometimes, but they still help move the story along without hindering the plot. With its intriguing mysteries, satisfying pacing and immersive prose, this book does not need to depend on its characters to make its story memorable.