A jolly season for classic films and shows

Best of holiday entertainment has sweetened our screens

Only the magic of the winter holidays can frost the screens with such glistening screen goodies. Just as we come to treasure traditions during these cold months, we fall back in love with holiday classics and specials. Silver Chips Online has whipped together a dandy assortment of winter holiday entertainment perfect for viewing at any holiday get-together with friends or family. Sprinkled with laughs, tears and music, these shows and movies are treats guaranteed to get anyone into a merry mood. After all, there is no better way to enjoy the cold wintry days than cuddled on a couch with some cookies and cocoa to enjoy seasonal specials and festive flicks. 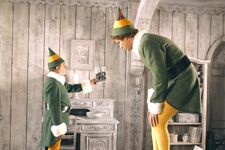 Very few people can pull off an elf with such vivacity and sincerity, making him lovable despite childish antics. But Will Ferrell is no ordinary man. His character, Buddy the Elf, wanders from his home with Santa way up North in order to meet his real Dad. From the moment he appears, Buddy is easily admirable, and elicits laughs while making you root for him all the way. Singer Zooey plays Buddy's love interest and compliments the film with her tender vocals. After Buddy finds himself relocated from the Elf community at the North Pole, he comes to New York to do some real soul-searching and claim his own identity. Naturally, the oversized elf has a hard time blending in with the bustling and aggressive crowd. Once he finds his birth father, a busy workaholic who tries to ignore him, Buddy must change more hearts than one this season.

"A Charlie Brown Christmas"
No gang has ever been as charming as Snoopy and his fellow friends as they go on various adventures. This special, starring those loveable and unforgettable characters such as Woodstock and Lucy, delivers the meaning of Christmas in a cheerful and heart-warming way. The animated T.V. special never fails to lose its charm. What makes "A Charlie Brown Christmas" such an enduring classic is its undisputed message about the commercialization of Christmas and the over-secularization of the holiday time. 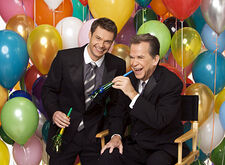 "Dick Clark's Rockin New Years Eve"
Though Dick Clark himself is no longer the star of the annual magic, the pomp of this special evening rings on. This year, while Clark will still provide commentary from inside the studio, Ryan Seacrest will present the extravagant outdoor concert festivities, and like every year, it features only the best and brightest of hot artists. The energy of each year is always fresh and the live crowds gathered around Times Square are mayhem. Expect to see performances from The Black Eyed Peas, Colbie Caillat, Robin Thicke, Keri Hilson, Selena Gomez, Justin Bieber and others. The celebration will air Dec. 31 on ABC starting at 10 p.m. EST.

"Home Alone" (1990 film)
Though created nearly two decades ago, Kevin McCallister returns to our screens as the same witty and entertaining 10-year-old each year. After his family mistakenly leaves him "home alone" on Christmas vacation, Kevin, played by Mcaulay Culkin, must defend his home from a pair of thickheaded house bandits, on the way making unexpected friends and realizing the true importance of family. Brimming with juvenile behavior, crude jokes and slapstick humor, the movie is sure to be a riot for all ages. The meticulous pranks pulled Kevin pulls are priceless, and the interactions between him and the bandits are hysterical. But audiences can also empathize with Kevin who, while mischievous, also has a sincere sense of innocence. 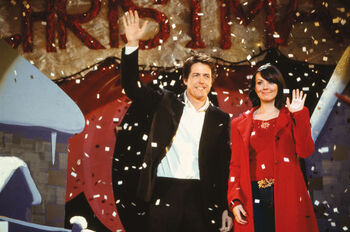 "Love Actually" (2004 film)
Not your typical romantic comedy, this British-produced film has unique flair that makes it appealing to a wide range of audiences. The story, which unfolds over the holiday season in the weeks leading up to Christmas, is comprised of a series of subplots involving different groups of characters, each of which has its own novel tale with an insightful message. The eclectic cast, which includes Hugh Grant, Liam Neeson, Colin Firth, Laura Linney, Emma Thompson, Alan Rickman, Rowan Atkinson and Keira Knightley, provides for unmatchable spunk and soul. The movie sets itself apart from others of the genre by spotlighting not only the love between an infatuated man and woman, but bonds between families and friends.

"Eight Crazy Nights" (2002 film)
Music, satire and wild characters are all combined in this animated comedy to create an entertaining yet touching story that highlights the goodness brought out in people during the holiday season. Adam Sandler stars as Davey Stone, an irritable town drunk, who, on the brink of going to prison is taken under-wing by an eccentric old man, Whitey Duvall (also played by Sandler), who is dedicated to being the best volunteer referee for the community center's youth basketball league. As each night of Hanukkah progresses, Whitey guides Davey as he gradually comes to terms with his personal issues and undergoes an inspirational character transformation. Wacky basketball games, feces-covered reindeer and magical shopping malls are only some of the funky features that make "Eight Crazy Nights" truly crazy.

"National Lampoon's Christmas Vacation" (1989 film)
The ever-amusing Griswold family returns again, this time bundled in winter coats to commence on another outrageous "vacation." As the Griswolds' relatives arrive to spend the holiday season with them, things start to go haywire in a snap. A new kind of family circus, the quirky bond of the characters provide for both subtle wit and simple hilarity. Chevy Chase in particular will tickle viewers with his bluntly foolish shenanigans. The sequences of novel visual gags in particular make the film great for a re-watcher each year. Possibly the best in the series, the "Christmas Vacation" has distinct pizzazz that will make it a stress-reliever for anyone.

jingle all the way

Schwarzenegger and Sinbad are nothing less than a dynamic duo in this laugh-packed holiday movie. Schwarzenegger portrays Howard Langston, a work-consumed father who undertakes a mad rush of an adventure get his son's desired gift - a nearly sold-out Turbo-Man action figure. On his quest, Howard meets Myron Larabee (Sinbad), a postal worker who is trying to hunt down the same toy. Together, the two get themselves in some sticky situations, all to create a happy ending for their children. The characters' brash personalities and maniacal conduct complement the other on their bizarre journey. Audiences can appreciate Schwarzenegger's comical but heartening quest to become a true "family man" as he struggles to ease the strains made with his wife and son. With more action scenes (which Schwarzenegger certainly heightens to its full potential) the movie has an extra degree of excitement which makes the ending a whole lot happier.

"It's a Wonderful Life" (1946 Film)
Though its initial release in 1946 received merely mixed reviews, "It's a Wonderful Life" has since been deemed a quintessential Christmas classic. It tells a poignant story of the life of George Bailey, a good-hearted and well-liked man in his small town of Bedford Falls. Since his youth, George has tried to please all those around him, putting the concerns of others before his own desires. When one malevolent local puts the business into jeopardy, George becomes dangerously distressed - until a kindly angel, Clarence is sent to show George the great differences he has made in the lives of those around him. After watching "It's a Wonderful Life," viewers will no doubt be left with that very thought.