The deadly history of children with guns

A kid and a powerful Uzi submachine gun is a disastrous combination. On Sept. 22, at the Bullets and Burgers Gun Range in Arizona, a nine-year-old girl accidentally shot and killed her shooting instructor Charles Vacca in the head with an Uzi after the recoil sent the gun flying over her right shoulder. A video captured by the girl's mother shows the seconds before the horrible event. 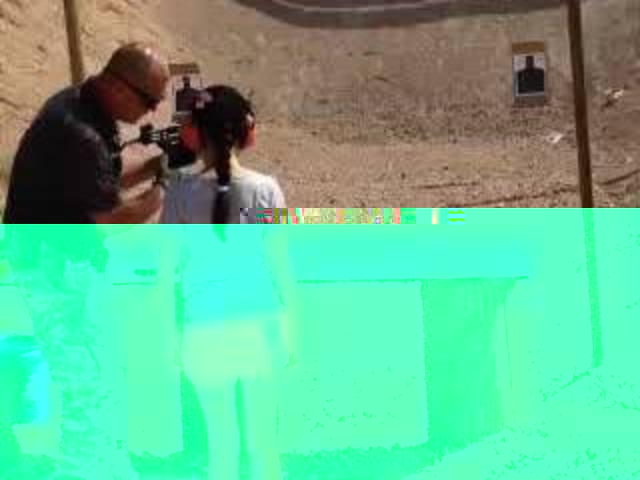 Photo: The scene from moments before gun instructor Charles Vacca is killed while helping a nine-year-old girl shoot an Uzi.

The scene from moments before gun instructor Charles Vacca is killed while helping a nine-year-old girl shoot an Uzi. Photo courtesy of ABC News.

This is not as unusual an occurrence as it may seem: equally horrific scenarios have happened before. In 2008, an eight-year-old Connecticut boy accidentally killed himself with an Uzi because of the gun's powerful recoil. As a result, Connecticut passed a law prohibiting anyone younger than 16 from using machine guns. At the Bullets and Burgers shooting range, the age requirement is eight to handle an automatic weapon. Although federal law prohibits people under the age of 18 from purchasing guns and from handgun ownership, possession and operation are different matters. According to the Law Center to Prevent Gun Violence, in 21 states, including Maryland, there are no laws restricting gun access, including the use of automatic weapons, for children under 18 as long as there is adult supervision. As a result, it is legal in most states for children to fire all types of weapons at shooting ranges.

However, it is clearly irresponsible to expect a small child to be able to handle a powerful automatic weapon, even with assistance. In the minutes following the shooting, the girl turned to her parents saying the gun had been too much for her. The minimum age at which children are allowed to operate automatic weapons should be increased. Children have both a cognitive and physical disadvantage when handling powerful guns. Gun ranges are places for recreation for many Americans, and raising age requirements to firing certain weapons is not a strict policy that will strip the fun from the pastime. Just because your child cannot shoot a machine gun when he or she is eight doesn't mean kids can't still enjoy shooting a broad array of long guns available at most gun ranges, all of which are much safer.

Gun enthusiasts claim accidental gun deaths are rare; however, they are relatively common and often underreported. According to the Center for Disease Control, in 2011, of the 32,351 people that were killed by firearms, 591 were deemed accidental. Nearly one in five of those accidental deaths involved someone younger than 18. But the number of accidental shooting deaths is larger than the records show. In a review conducted by the New York Times, more than half of the 259 shooting deaths of children under age 15 in eight states where records were available were identified as homicide. Although the majority of these deaths did not take place at shooting ranges, it is important to note that giving children guns frequently leads to disaster. In most instances, when a child is the cause or victim of accidental gunshot, it is because they found an unattended weapon that was carelessly placed by an adult. The New York Times Article, in Children and Guns: The Hidden Toll by Michael Luo and Mike McIntire, details multiple instances of kids finding guns and accidentally shooting a friend or sibling. In all incidents, a child is forced to live with a horrible event even though the neglectful adult is culpable. Laws should be enacted to punish adults in incidents like this for not storing their guns safely or properly. This includes banning children from firing automatic weapons under any circumstance. When children handle guns, we must make it certain that they will not be forced to live with guilt.