Right from the beginning, readers can tell that the title character from "Lulu Dark Can See Through Walls" isn't a typical mystery detective. She can't spot a crime scene like "CSI" folks, drill a witness like Sherlock Holmes or even properly tail a suspect like Nancy Drew. But, despite these shortcomings, Lulu Dark makes an intriguing and humorous heroine thrown into unpredictable circumstances with wild results.

Blair graduate Bennett Madison's first book for teenagers follows 16-year-old Lulu Dark, a high school junior enrolled at Orchard Academy, a prestigious private school for rich teenagers, in Halo City as she attempts to locate her stolen knock-off purse. What begins as a simple task spirals out of control as Lulu and her two best friends are drawn into a complex mystery involving shark tattoos, rock gods and some very serious allergic reactions. 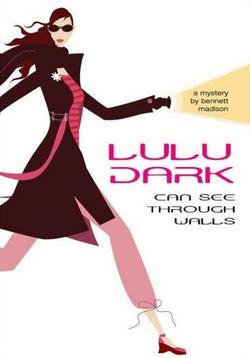 Madison, who graduated Blair and attended Sarah Lawrence College in 1999, possesses an ability to embody his female characters, whether through his portrayal of the fashion-savvy Lulu or through his representation of teens at Orchard Academy, albeit stereotypical.

This mixture of mystery and light young adult humor allows for out of the ordinary characters to develop during Lulu's adventures through the fabricated Halo City. Along the way Lulu encounters a slew of quirky characters (an ex-hippie doubling as a fortune-teller is one such character.) The collection of characters give the book additional humor and depth.

While "Lulu Dark" is undeniably appealing and involving, Madison fails to provide Dark's family history soon enough. Up until where it's introduced late in the novel, Lulu could be anyone, which gives the book an incomplete and underdeveloped feel. After learning of the familiar relations, readers will be entertained with Lulu's eccentric mother and father.

Intentional character flaws, like Lulu's unyielding hubris and superficial attitude, smartly reinforce the novel's message of roles and parts. Determined not to fall into the stereotype of girl detectives, Lulu and her best friends unwittingly do just that. Both the readers and Lulu's friends know that as the story progresses, Lulu unwittingly becomes a modern Nancy Drew, albeit with more fashion sense and a sharper tongue. Each of Madison's creations feel real and personable, sending a strong message of individuality for teenagers.

Despite the varied cast of characters, Madison falls into a predictable story telling technique. From the opening chapter, it's overly evident who Lulu's true love interest is and that they'll end up together. At times, it's agonizing to read how Lulu deliberately ignores the advice of friends, although it's clear her actions will help reveal the greater mystery.

But while the plot remains predictable, the creation of intriguing and amusing characters holds together "Lulu Dark." Far from the regular "CSI" episode or Sherlock Holmes story, "Lulu Dark Can See Through Walls" will have readers guessing, though not too hard, and laughing until the final pages.

"Lulu Dark Can See Through Walls" was followed by a sequel, "Lulu Dark and the Summer of the Fox," in 2006 which is in stores now.