A literal peanut gallery at the RNC

After an outrageous display of immaturity in the audience of the Republican National Convention, CNN camerawoman Patricia Carroll will probably find it hard to enjoy another peanut again.

On Tuesday, two undisclosed attendees from the Tampa Bay Times Forum threw peanuts at Carroll, who happens to be black, while yelling "This is how we feed animals" and continued to shout out racial slurs to the shock of several on looking witnesses.

The reality is that racism is still prevalent all over the United States, especially since it is difficult to change the minds of strong-willed people. However, the fact that a group of individuals banned together and acted on their baseless hatred by attacking an innocent woman is completely unjustifiable. The conflict is especially ruthless since it was at the Republican National Convention, where most attendees are seeking positive change. 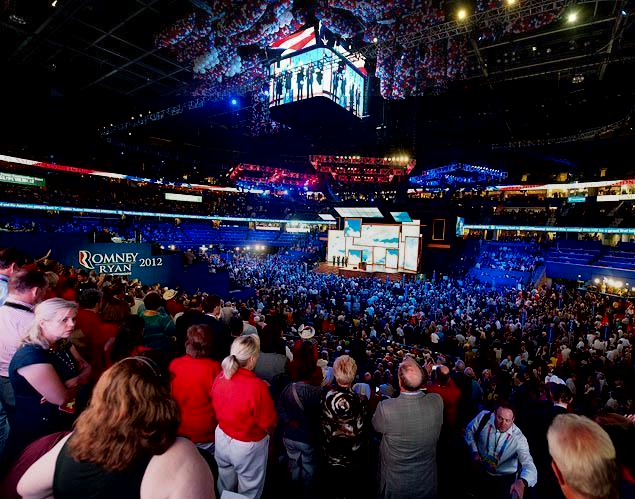 Photo: A black camerawoman was assaulted with peanuts at the Republican National Convention.

Photo: A black camerawoman was assaulted with peanuts at the Republican National Convention.

The camerawomen spoke out for the first time on Thursday, two days after the incident. In an interview with Richard Prince's Journal-isms, she tried to mitigate any backlash against the Republican Party by remarking that the incident could have taken place anywhere. "This situation could happen to me at the Democratic convention or standing on the street corner. Racism is a global issue," Carroll said.

What Carroll said is true, however since the offenders felt comfortable committing their hate crime right in front of politicians and a presidential candidate promoting his campaign slogan "Believe in America," the issue is brought to a whole new level of repulsiveness. The racial incident occurred at the Republican National Convention, the gathering of people hoping to defeat Barack Obama, our current half-Kenyan president. Would the peanut throwers show such disrespect to our president too?

It was clear that the two culprits were indirectly sending a hateful message to President Obama and it's really unfortunate to see such discriminating behavior after we thought we came a long way by electing a multiracial president to lead our nation. We call ourselves the "Melting Pot" but incidents like this underscore how many Americans cannot handle "melting" in with the remarkable diversity in our nation. Although we have all been guilty of being too quick to judge someone, the average person has the decency of knowing that acting on these baseless judgments would be taking it too far.

Fortunately, the incident was handled gracefully. Several witnesses reported the event and the police immediately escorted the two out of the building. Just a few hours later, the National Convention issued a statement condemning the incident. The responses to the situation indicate a promising sign that steps will be taken to control irrational people who act rashly on how they feel.

And here is a message to the peanut throwers who are oblivious to how damaging their actions were: it seems to me like you are the ones who are the "animals" in this.