A lovely evening with Blair's cabaret

Blair's cabaret held its first annual "Cabaret for Cancer" Friday night in the auditorium. The cabaret showcased the artistic gifts of 17 Blazers in a heartwarming show that centered on the theme "All You Need is Love."

The cabaret, directed by juniors Lyndsay Rini and Anthony Carrell, II and produced by junior Christina Stiles, featured 25 songs ranging from humorous show tunes to intimate ballads. The eclectic group of songs accentuated the cabaret members' strengths as performers and kept the show from straying into monotony. 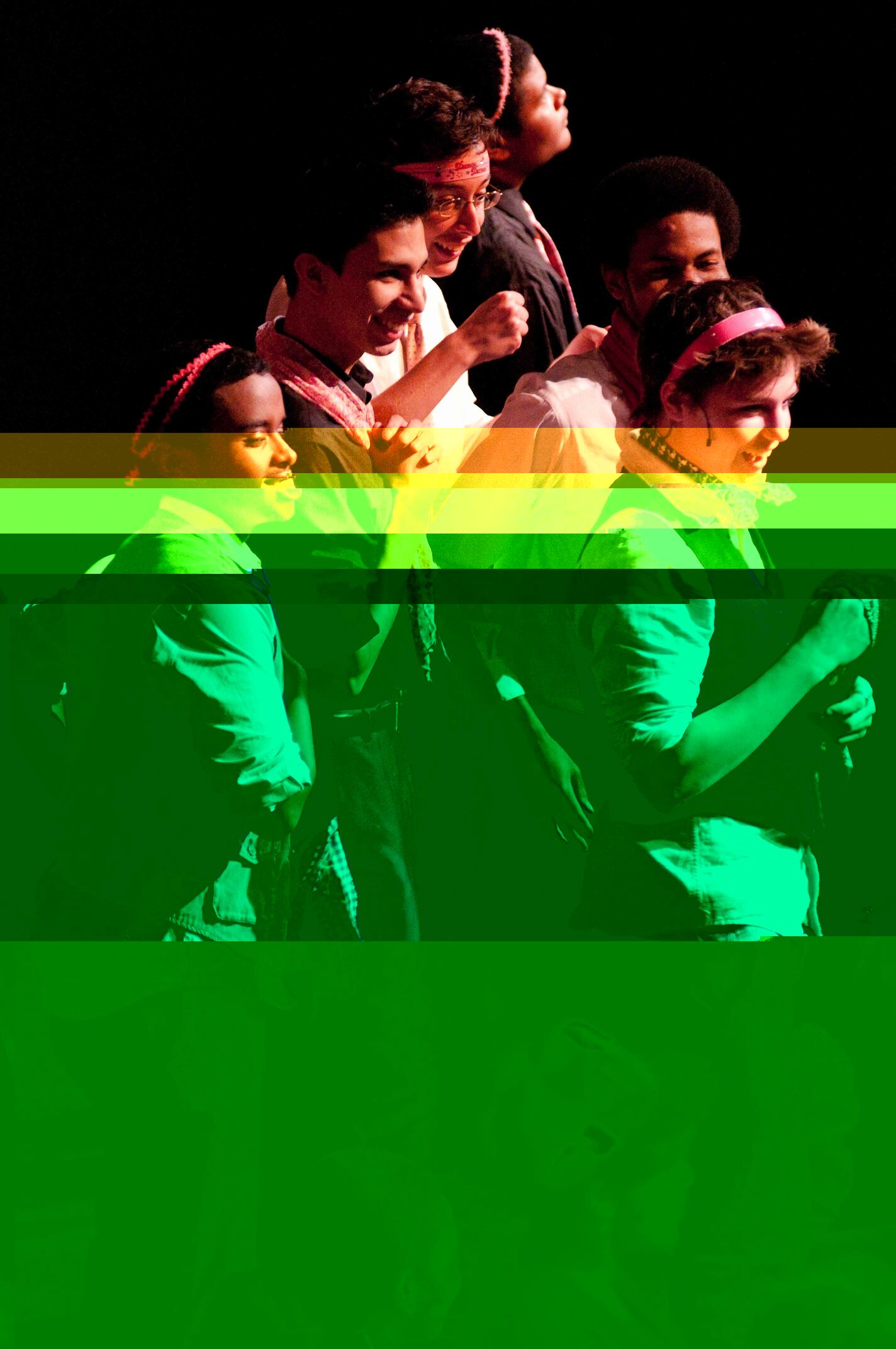 Photo: Men dress as women and women dress as men in this flip-flopped version of "Summer Nights" from the popular musical Grease.

Photo: Men dress as women and women dress as men in this flip-flopped version of "Summer Nights" from the popular musical Grease.

One such song that showed off specific musical talents was senior Abdul Nuriddin's performance of Jason Mraz's "I'm Yours." Accompanied by senior Jonathan Guzman on a drum, Nuriddin sang the mellow ballad with a silky, light-as-air voice while playing guitar. The performance was a crowd pleaser and the audience gleefully sang along and snapped its fingers to the beat. Another performance with similarly crowd-pleasing results was "Ready for Love," sung and beautifully played on the piano by junior Da'Cari Abraham.

Some of the best moments in the show were when Blazers combined their singing talents with their instrumental talents; others occurred when acting was involved. A particularly good performance that involved acting was junior Jeanne Jarvis-Gibson's. Dressed in a simple black dress with her hair in ringlets, Jarvis-Gibson played a cute as a button goodie-two-shoes who had unwontedly fallen for a rocker in "Joey is a Punk Rocker."

Another such performance was the cute and creepy "Taylor the Latte Boy," a ballad about a girl (played by Stiles) who has become enamored with a Starbucks employee. With innocent, wide eyes, Stiles is a perfect semi-stalker. Carrell II is just as good as "Taylor" in the rebuttal, doing impressions of Stiles and professing his disgust towards her obsession. It was these more creative performances that made the cabaret memorable.

Group numbers were also delightful and engaging. Breathtaking harmonies and funny twists on familiar songs were simply fun to listen to, and Blair's large stage was filled up better than it was during songs with one or two performers. The "Grease" favorite "Summer Nights," for example, featured junior Talia Mason as Danny, with the female cast members as the T-birds, and junior Michael Dalbello as Sandy, with the male cast members as the Pink Ladies. The comical gender-bent show tune drew hoots and guffaws from the audience.

Though the auditorium was almost full, science teacher Leslie Blaha's lively piano playing and the cast members' interaction with the audience before many of the songs made the cabaret feel cozy and relaxed, allowing the audience to focus on the performers. Even malfunctioning microphones were no distraction from these talented Blazers, a testament to their abilities and the level of entertainment they provided.

The seemingly tailor-made songs, an aspect credited to Rini's and Carrell IIs' casting, that allowed the performer's unique gifts to be shown, the creative acting and the intimate atmosphere made the cabaret fantastically entertaining. It was a joy to see fellow Blazers' art and even better to know that all profits will be donated to The Corey Gilger Fund, an organization that raises money for cancer patients with financial troubles. It was truly difficult not to "love" this cabaret.