A matter of pride

For many students, lunch is an opportunity to chat with friends and catch up on events from the day. But for junior Hien Le, lunch at Col. E. Brooke Lee Middle School was torture. Constantly berated by her classmates because she identified as lesbian, Le eventually had to eat with teachers to escape the torment of her peers. When she entered the hallways of Blair, she vowed that she would never let others' bigotry cause her to hide.

Photo:
After Le left middle school, she was determined to make sure that her sexual orientation was not something to be mocked, but instead a source of pride. In ninth grade, she joined Blair's Gay-Straight Alliance (GSA), which actively supports unity between students of all sexual orientation and provides a safe haven for LGBT students. "I joined freshman year and I loved it so much," Le says. "It was really one of those places where I could be myself."After her freshman year, she became the club's president and remains the club's leader to this day.

The D.C. Council took its first steps to legalize same-sex marriage on Tuesday in an 11-2 vote, but in Maryland, these unions are still not recognized. Students at Blair are still fighting for their rights, whether in school or among their family members and peers.

While Le's tenacity is admirable, the majority of lesbian, gay, bisexual and transgender (LGBT) students struggle to feel comfortable in their own skin at school. According to a study by the Gay and Lesbian Task Force, LGBT students are five times more likely to miss school because of feeling unsafe because of discrimination. But for Le, and many other Blazers, the adversity she has faced has encouraged her to be open and proud of who she is and to let that be known within the Blair community.

Hearing the nasty rumors about herself and suffering from multiple locker break-ins, Le was faced with two choices about how to deal with her classmates' bigotry: give in or keep persevering. She chose the latter. "I mean, of course it hurt a lot and I lost a lot of people along the way," she says. "But in the end I was like, 'yeah I don't care if you don't like me.' I am who I am and I'm not going to change for you."

That attitude is what has kept her active in GSA at Blair as well as in the local gay community in general. "I didn't want anyone else to have go through what I went though," she says. "Coming out can be a beautiful thing. I wanted to work as hard as I could to help other teens gain that wonderful opportunity." 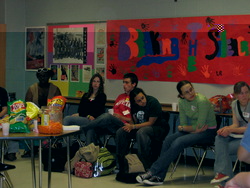 Photo: Blazers participate in the Breaking the Silence discussion held following the 2007 Day of Silence event to protest discrimination of homosexuals.

Photo: Blazers participate in the Breaking the Silence discussion held following the 2007 Day of Silence event to protest discrimination of homosexuals.

Senior Clementina Pereira has been a member of GSA for three years and sees its importance in Blair's gay community. "We try our best to support and provide an asylum for confused and scared LGBT students," she says.

GSA sponsors many events within Blair to help incite pride among students. One of the largest events that they host is the National Day of Silence where Blazers, gay and straight, can take a vow of silence in order to demonstrate their support for gay rights. "We host a number of events [throughout the year]," she says. "Mostly they're all about educating the Blair community about the LGBT community."

While he has yet to come out to his family because he fears the repercussions, senior Sizana Ezana is completely out to his friends and peers and has found that life is easier. "Being proud of who I am is important to me," he says. "Having events within Blair that allow me to demonstrate to others how happy I am as a person and as a homosexual is amazing."

Richard J. Rosendall, Vice President of Political Affairs at Gay and Lesbian Activists Alliance (GLAA), notes the importance of groups such as GSA for homosexual students. "As members of a minority which traditionally is not highly visible, especially among youth, LGBT students face greater barriers than their straight peers to the sort of networking that gives them support both socially and scholastically," he says. "This may be less of a problem in a school environment where the students, teachers and administrators (including counselors) are more gay-welcoming."

Blair, Le believes, has been a welcoming community for her and a sound change from the intolerance she faced in middle school. "It's great that I have a place like Blair to be open and free about who I am."

Ezana agrees, asserting that Blair's open-minded students and staff are what helped encourage him to become open about his sexual orientation. "In middle school only a close circle of friends knew I was gay," he says. "It was not until I came to Blair, and was embraced so openly and so passionately, did I really begin to feel comfortable with myself."

Photo: People at the National Equality March showed their pride for the gay and lesbian community.

Photo: People at the National Equality March showed their pride for the gay and lesbian community.

Rosendall attributes Blair's welcoming community to a more liberal population. "I have not seen a study of how gay-welcoming high schools are, but my sense is that there are more gay-straight alliances in urban school districts and in more liberal jurisdictions," he says. "Montgomery County, Maryland is a relatively affluent and progressive jurisdiction, so it doesn't surprise me that Blair is so open and affirming for gay students."

While he does love the events within the Blair community, Ezana has been motivated to be active in the gay community in other ways. "I'm more than happy to participate in any pride events around this area," he says. "As a matter of fact, myself and many of my friends went to the Gay Pride Parade [in D.C.] last June and we all had so much fun."

Hein, too, takes advantage of the opportunities to show her activism in the D.C. Metropolitan area. " I go to the gay pride parade every year and I recently marched in the National Equality March," she says.

Marches and parades are crucial to building a feeling of community among homosexuals, Hein asserts. "I think fighting hatred with activism helps to give the world a sense of peace," she says. "It's important to let people know there's still hope."

Pereira acknowledges that participating in events such as the Pride Parade and joining clubs such as GSA can open up the opportunity for intolerance. "We are risking a lot - we risk becoming targets for abuse, we risk relationships with certain people, and sometimes we may walk into a potentially dangerous situation," she says.

While perhaps not dangerous in its literal form, Hein has experienced how scary coming out can be within her own home. "I'm risking my relationship with my parents," she says. "They are very conservative and are very homophobic. Although they know that I'm a lesbian, they don't accept it." 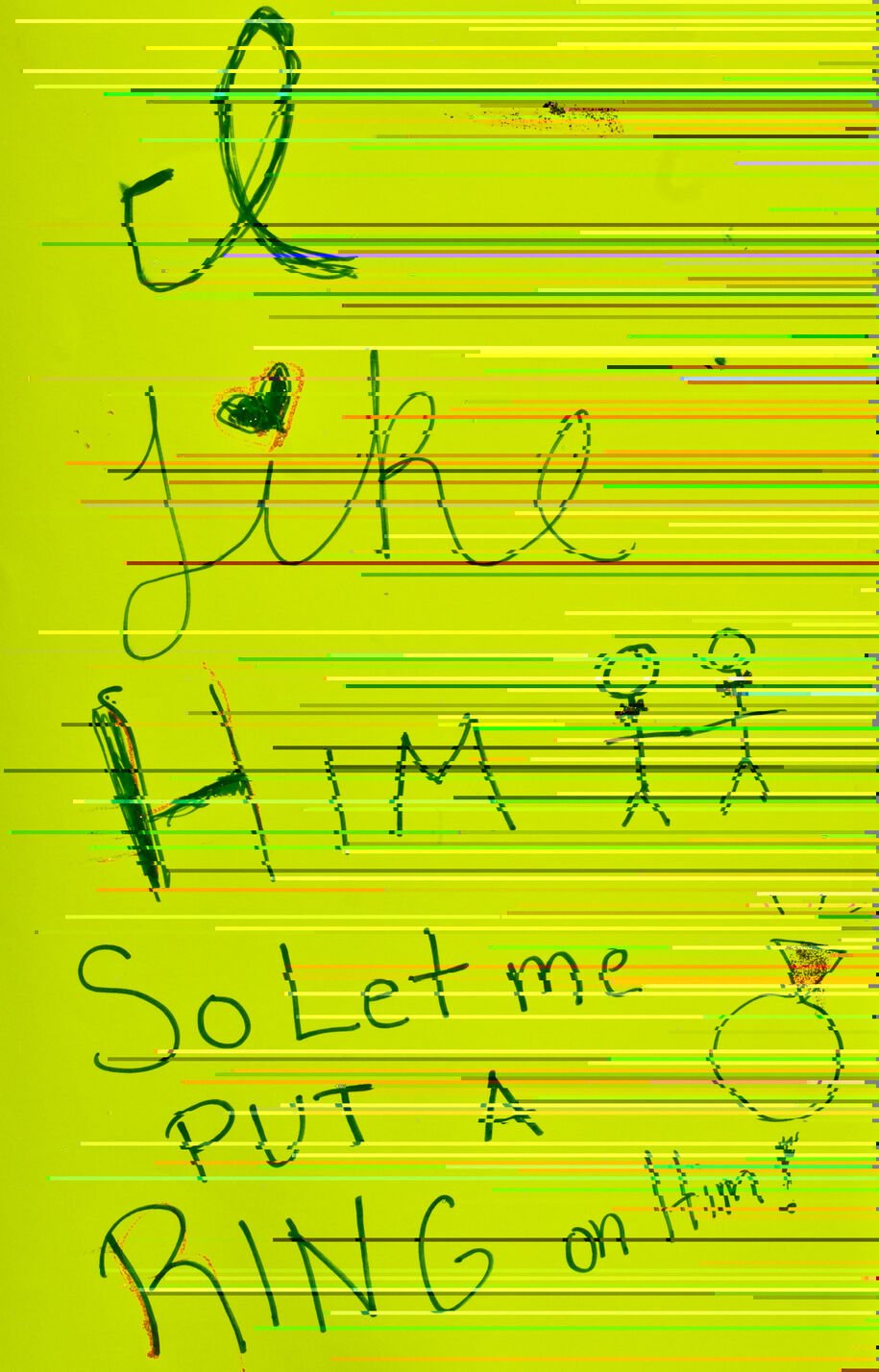 Photo: This sign was displayed at the National Equality March held on Oct. 11.

Photo: This sign was displayed at the National Equality March held on Oct. 11.

That lack of acceptance is what Hein wants to see changed in the future. "Although it's been a slow process, activism has helped people who once showed hate to stop, listen and even change their own view on the matter."

Pereira agrees. "We're so close to gaining crucial rights and even closer to widened acceptance," she says. "Being active in the gay community is taking a step forward in educating misinformed people, and helping the gay community feel more confident, less afraid and accepted by the rest of the world."

Rosendall believes that the future of the gay rights movement within schools is through acknowledgement of LGBT students. "[Blair needs to] ensure that its welcoming attitude is reflected in school policies and curricula," he says. "From ensuring that school administrators and counselors are familiar with LGBT issues, to incorporating gay-related issues as appropriate to including LGBT-related materials in school library collections."