A "Mic" to remember

Every few months, Blair's award-winning literary arts magazine Silver Quill sponsors Open Mic, a showcase for creativity and talent. Though performances range from poetry to music to writing, the turnout is always remarkable. For two lunch periods, the library is crowded with students craning their necks or standing on chairs for a better view, and more often than not, performers are appreciative of the claustrophobic yet welcoming atmosphere. In fact, Open Mic has become such a staple at Blair that many students participate on a regular basis. These "regulars" are drawn to an event billed not only as a forum of expression, but also as a supportive, open setting for young talent. 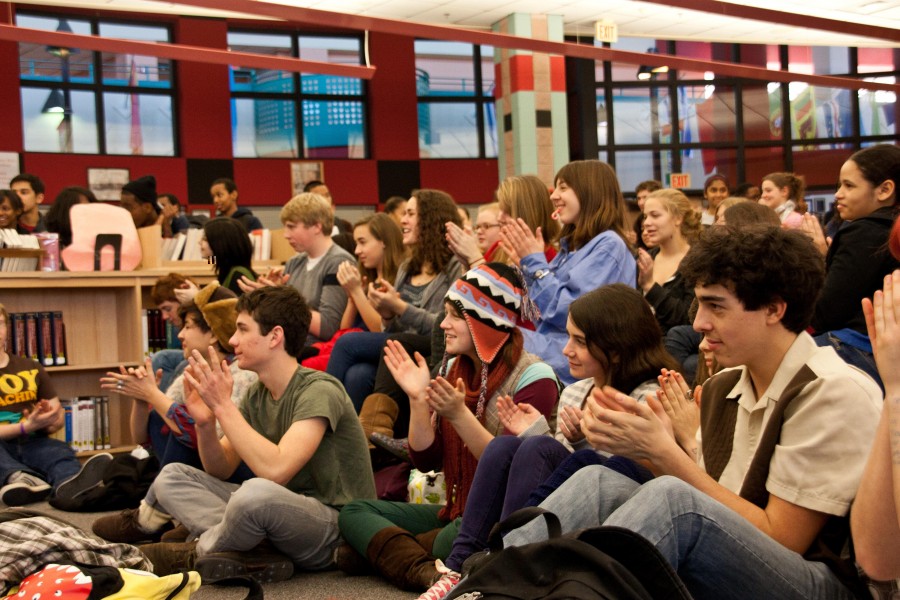 Senior Talia Mason, who is Submissions and Managing Editor for Silver Quill, says Open Mic is a "safe space" that encourages both old and new performers to participate. "It's a great way to bring the school together," she says. "It's a welcoming, warm environment for those who may feel less comfortable with performing...[and it] serves to bring the Blair community to one venue, where anything can be said, sung or expressed."

One of the Mic's this year was held at Pyramid Atlantic, a local arts center, and senior Tyler Fultz, who often performs vocal solos and duets, hopes the events will happen more often in larger settings. "The audience [at regular Open Mics] is always looking forward to sticking around and seeing all the talent that Blair has to offer, but sadly, there just isn't enough time or space to allow everybody to perform," he says. 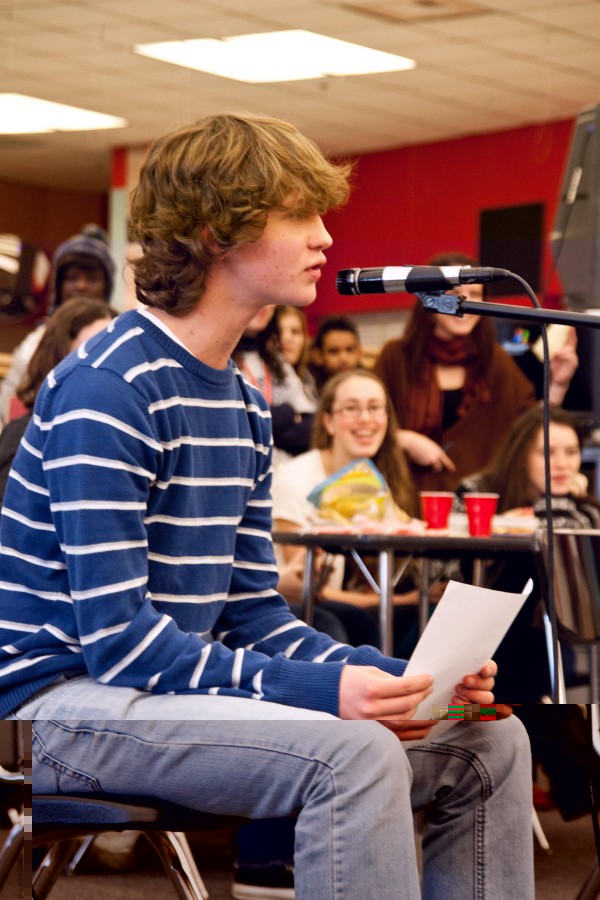 Mason agrees that Open Mic is a unique opportunity, and while implausible at the present, she would like to see it become a community-wide showcase in the future. "I'd definitely like to see smaller Open Mic-like events happen, especially for those of us who are poets," she says. "I love the music aspect of Open Mics, but given that Silver Quill hosts the events, it'd be great to hear some more writing, and some more variety in terms of performances."

Despite the cramped venue, senior Gabe Pollak says the event allows Blazers to step outside themselves. He believes it provides students with a supportive space to grow as artists, musicians and poets. "I think Open Mic forces you to make the best work you can and overcome your fears," he says. "Performing live is all about being up there in front of people, and presenting something that you really care about...[It's about] throwing it out there."

Mason admits that it's an invigorating, if not nerve-wracking experience to stand up and speak in front of her classmates. "I like knowing that people are waiting for every word to leave my mouth,” she says. "It's as though I have them hooked and I'm in control, and that feeling and rush of nerves can only be found when reading or performing live." 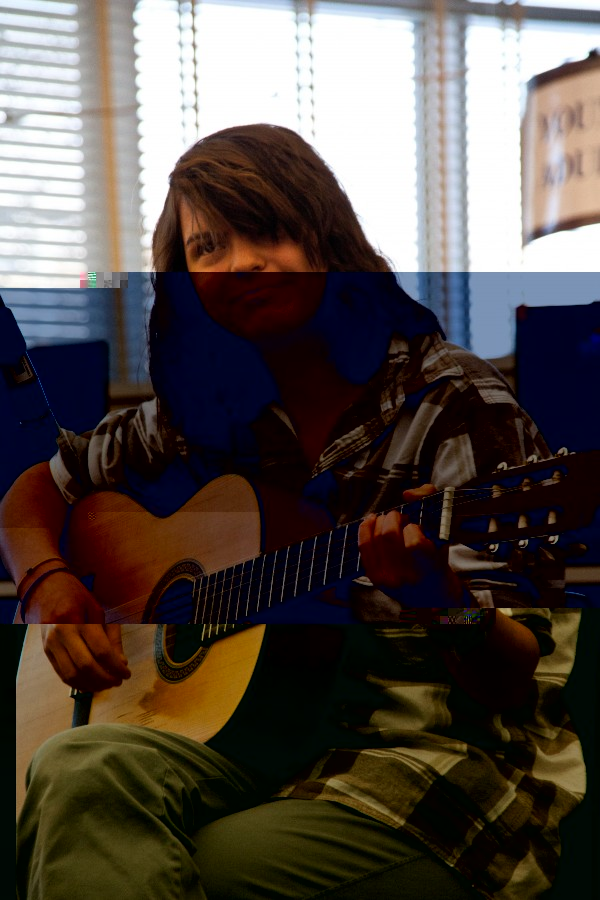 Fultz also thinks that performing allows him to open up to new peers. "I just love the feeling of getting to connect with an audience in such an intimate setting," he says. "The creativity of all of the performers leaves the audience knowing that something magical is always in store."

Both Pollak and Fultz say that collaborating with peers is one of the highlights of the event. Pollak, who performs original poems, has worked with several other "regulars," including seniors Lauren Rust and Rian Henry. Fultz has also had musical accompaniment, either on the guitar or as extra vocals, from juniors Alison Kronstadt and Michael Strautmanis.

Mason believes that the event has begun to interest a greater variety of talent and doesn't rely on "regulars" as a main attraction. "Every Open Mic, we have tons of different performers who are new, which is always refreshing and exciting, as someone who is involved in organizing the events," she says.

Pollak, Mason and Fultz, who are all graduating this year, agree that Open Mic is a memorable tradition that appeals to all kinds of Blazers. "More and more people are showing up and it's starting to better reflect the diversity of Blair," Pollak says. "There should be more opportunity like Open Mic that are equally supportive, exciting, fun and inclusive."