Blazers speak out about turmoil in Pakistan

Living without clean water, food, and electricity. Without shelter or money. Living 50 miles away from the closest medical facility. Those conditions are commonplace for Pakistani citizens, the majority of whom regularly dealt with these circumstances even before recent flooding devastated multiple communities across the country. 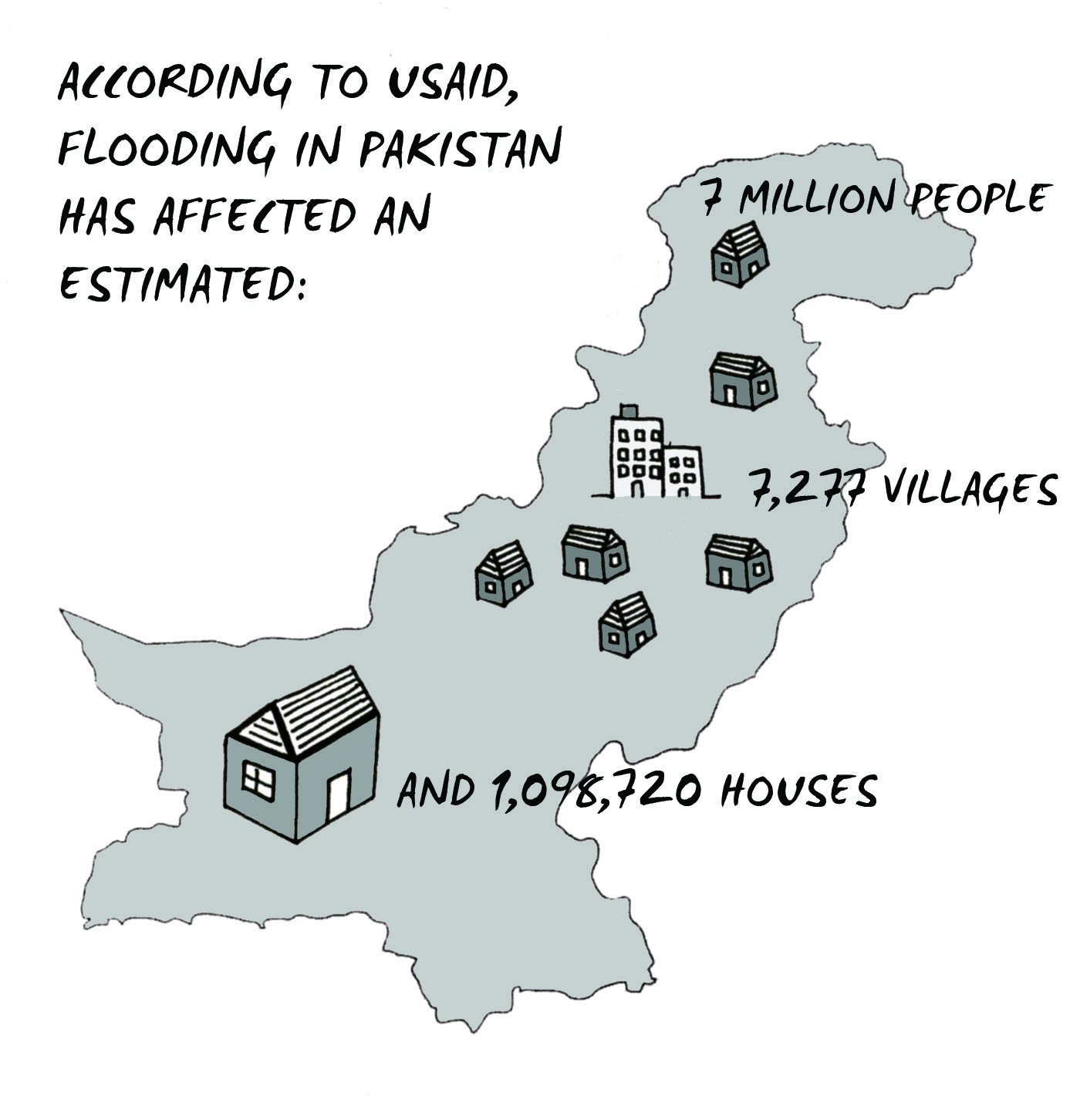 Photo:
Continuous heavy rainfall that began in late July has flooded the Indus River and resulted in extensive flooding in the Sindh and Khyber Pakhtunkhwa regions of western Pakistan. The Government of Pakistan Provincial and National Disaster Management Authorities (NDMA) has reported a total of 10 million people in need of humanitarian assistance. A second wave of flooding moving southward has resulted in further evacuations and displacement, raising the number of those in need to 12 million. The ambassador to Pakistan, Anne W. Patterson, officially issued a disaster declaration on July 30.

Sophomores Jawairia Iqbal, Zainab Khan and Adam Kadir have extended family living in Karachi, a major city located in the southwestern part of Sindh. Though Karachi is a region that remains largely unaffected by the flooding, many families living there have been donating money to aid the recovery process in the flood-ravaged area. Both here in the U.S. and overseas, people are sending aid to Pakistan in order to help the people left stranded by the heavy flooding. As Iqbal points out, the problem arises when not enough aid is being generated, and the little that is isn't reaching the people who need it.

With nearly one-fourth of the population living below the poverty line, Pakistan is unable to cope with a disaster of such enormity, Kadir says. The Pakistani people do not have access to emergency supplies or medicine. He draws the parallel, "Would an impoverished man without health insurance be able to cope with a heart attack?" The Sindh Provincial Disaster Management Authority has estimated that approximately 700,000 people have been relocated to relief camps on higher ground above the rising water level.

But unfortunately, these "relief" camps may not be living up to their name. "More people are dying, more people are getting sick," Iqbal says. She explains that those who are most in need are not receiving adequate and timely aid. The World Heath Organization has reported that relief camps have become breeding grounds for disease and contamination. But affected peoples have to contend with something equally detrimental — the Pakistani government.

According to Transparency International, a global civil society organization dedicated to stopping corruption, a blatant mismanagement of relief funds by the GoP has forced international authorities to threaten to cut off aid if the government cannot prove that it is spending the money judiciously. Kadir has little faith in the GoP. "If Pakistan is left to work this out by itself, it'll all go to hell," he says, "The government of Pakistan is passive."

Iqbal and Kadir feel as though the Blair community has done little in response to the disaster in Pakistan. Both agree that most of the Blair community is ignorant of the magnitude of this disaster. Blazers were much more involved in providing aid for the Haitian earthquake than for flood relief in Pakistan, they say. In February of this year, Blair's SGA, the girls' basketball team and half a dozen clubs raised funds to support victims of the Haitian earthquake. Students for Global Responsibility, the Photojournalism club, the French Honor Society and the Key Club raised money through student contributions, photo sales and bake sales. Former SGA president Alex Bae says Blazers raised more than $2,127, which they then donated to the American Red Cross. The Blair community put so much effort into disaster relief for the Haitian population; perhaps it's time to rally support for Pakistanis in the same way.

On a more global scale, The New York Times estimates that U.S. news coverage of the earthquake in Haiti was ten times as much as that of the floods in Pakistan. Kadir criticizes this scant media coverage. "With any disaster, be that Haiti last year, or the [Indian Ocean] tsunami in 2004, the American media expresses a profound interest for about a week, and then forgets about the millions in distress." He says, "There was a chance for the American press to really change the minds of the people but, as usual, they squandered the opportunity." It is now up to the Blair community to respond to this tragedy and try to alleviate the difficulty which the people of Pakistan face.

To donate TEXT "FLOOD" to 27722. Each text will donate $10 to the Pakistan Relief Fund established by the State Department, helping to provide emergency aid to displaced families.