Books parents do not want students to read

The implementation of the First Amendment, which guarantees freedom of speech, religion and press, has always caused controversy in schools. Whether sexually explicit or revolutionary, certain books have always been banned from the shelves of school libraries. But when books like "Where's Waldo" and "A Light in the Attic" make the American Library Association's list of 100 Most Frequently Challenged Books , parents have taken safety too far. These books offer valuable view points that teenagers might not get otherwise; despite the language and sex, they are crucial to schools. 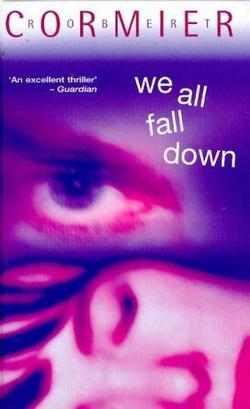 We All Fall Down

Photo: "We All Fall Down" by Robert Cormier is number 35 on the American Library Association's list of most challenged books. Courtesy of fantasticfiction.co.uk

Photo: "We All Fall Down" by Robert Cormier is number 35 on the American Library Association's list of most challenged books. Courtesy of fantasticfiction.co.uk

The Alice Series
Ranked number ten on the ALA's list of challenged books, Phyllis Reynolds Naylor's Alice series has been debated since its debut in 1985. The author of "Shiloh" and "Jade Green," Naylor's series has been questioned by parents for the brash sexuality of the lead character and the concept of single-parent households. In 2003 Naylor's books topped the ALA list .

Set in Silver Spring, the series follows Alice, a budding teenager, as she discovers the highs and lows of dating, high school and self-esteem. The characters are real with faults and flaws, which teens can relate to. Alice and her two best friends, Pamela and Elizabeth, have pulled readers in since the first book in the series, "The Agony of Alice." The next book in the series, "Alice in the Know," is due out this summer.

The Outsiders
Written by S.E. Hinton at age 16, "The Outsiders" has incited debate since it was published in 1967. Deemed too violent, sexually explicit and offensive to young readers, "The Outsiders" have inspired parents to work hard for 39 years on removing the novel from syllabi nationwide.

Set in Oklahoma during the 1960s, the novella chronicles the life of gang member Ponyboy as tension escalates between enemy gangs, the Socs and the Greasers. When Ponyboy is caught in a fight, he and fellow Greaser Johnny are forced to leave the city. Culminating in an unforgettable finale, "The Outsiders" reveals a more dangerous side of city life for young people.

"We All Fall Down"
Nearly all of Robert Cormiers' books are debatable; he has three books on the top 100 Most Frequently Challenged Book list, more than any other author except Judy Blume. "We All Fall Down," written in 1991, easily surpasses his other novels in creativity and unpredictability. It has been challenged in schools for its sexual content, violence and offensive language.

The story opens as a group of teenage boys, led by Harry Flowers and Buddy Walker, break into a suburban house, trash the rooms and put one of its residents, a fourteen-year old girl, into a coma. As Buddy copes with his guilt, he becomes romantically involved with the comatose girl's older sister. Mysterious twists, suspenseful action and complex characters create one of the best challenged books ever written.

The above three choices are only a few of the powerful books that parents across the nation are challenging as inappropriate for teenagers. These books, and many others, are increasingly important as schools increase control over what students can and cannot read. Although Banned Books week is in September, it is never too late fight censorship and start reading.