A Month to Remember

Blazers participate in Black history-related events and share their opinions on the month-long celebration.

The last days of February mark the end of Black History Month, a time to remember the important people and events from African-American history. Whether it's taking the time to personally reflect, engage in meaningful discussion with peers, or actively participate in Black History Month-related events, students and teachers alike find different ways to celebrate each and every February. This year was no exception, as Blazers of all different colors and backgrounds made a commitment to honoring African-American history—all the while keeping a steady eye on the future.

Lift Every Voice and Sing 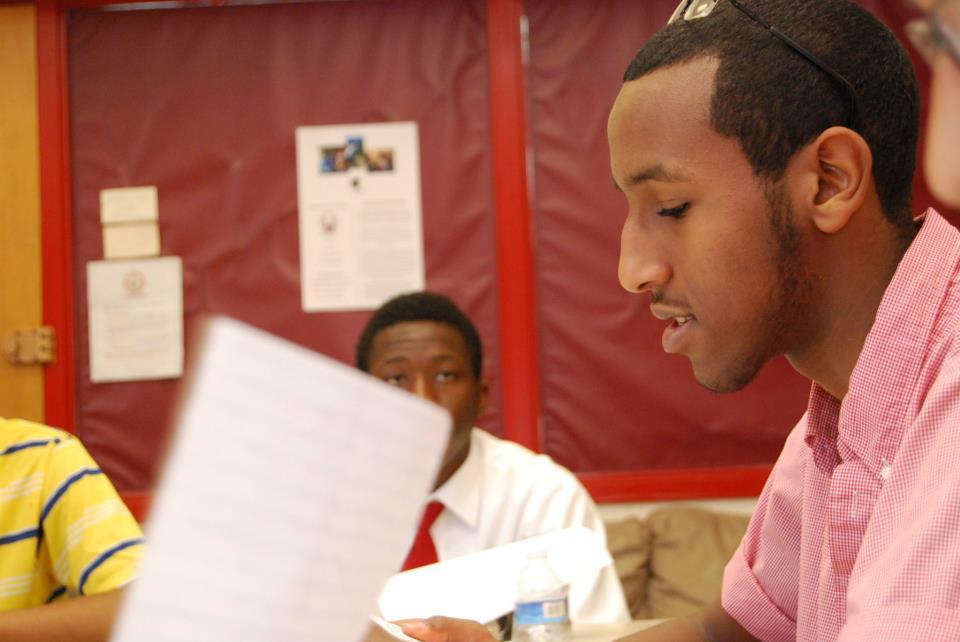 Photo: Senior Nebiyu Fitta is the president of Kappa League, a leadership program for young African-American males in the Silver Spring area.

For English Department resource teacher Vickie Adamson, the month of February is a time to commemorate black history through song, dance and spoken word. On Feb. 24, she directed a traditional Sankofa show in the auditorium, the first time Blair has held the assembly since 2004, according to Adamson. "We were way overdue," she said. "It's been a difficult undertaking, but I've had a lot of fun and learned a lot from the students." Adamson was pleased that her group of performers was so diverse. "We [had] students from many different African nations, along with African-Americans, white students, and Latina students."

Adamson stressed the importance of drawing awareness to Black History Month, explaining that there are many aspects of African-American culture that people just simply don't know. "I sang the black national anthem in my elementary school and in church," she said. "It was written by James Weldon Johnson and composed by his brother, and it was very powerful. Many people don't even know we have a black national anthem."

While February is Black History Month, the achievements of African-Americans shouldn't go unnoticed the other eleven months of the year, according to Adamson. "Black history should be celebrated every day," she said.

In June, senior Nebiyu Fitta was elected president of Kappa League, a leadership program for young African-American males. Kappa League branched off of the Kappa Alpha Psi fraternity and is committed to giving back in the community. The group of high school students meets every week to discuss upcoming events, fundraisers, and field trips. Guest speakers are common, and their speeches usually touch on issues pertaining to the African-American community. 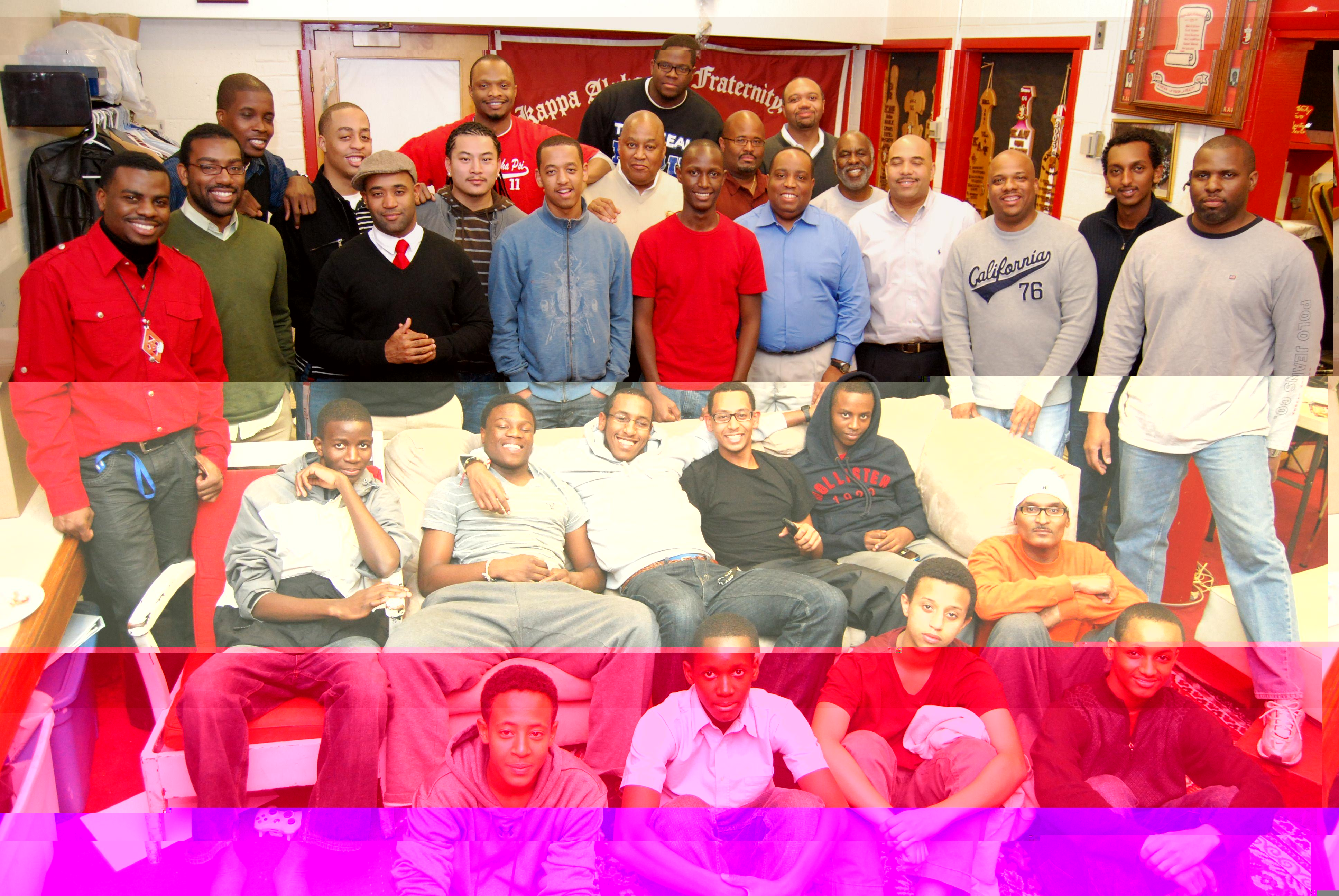 Photo: Kappa League was founded in 1970. The Silver Spring chapter was founded five years ago.

Photo: Kappa League was founded in 1970. The Silver Spring chapter was founded five years ago. Photo courtesy of Nebiyu Fitta.

According to Fitta, he and his fellow Leaguers try to always recognize the contributions that African-Americans have made, instead of solely doing so in the month of February. "I'm partially celebrating it, but I'm partially sad that we need a month to celebrate black history," he said.

Although Kappa League recognizes African-American history all the time, there are nonetheless a few special events that take place just in the month of February. Fellow Kappa Leaguer and senior Harrison Reed participated in many of these activities. "We went out and served various black communities. We had the opportunity to talk about and read African-American books with children," he said. Reed also mentioned that a guest speaker visited Kappa League this past weekend to talk about famous Black historians.

While Fitta understands the importance of Black History Month, he doesn't like how it is viewed in today's society. "When Carter G Woodson first founded Black History Week, he did so with the intent of demonstrating how pivotal a role African-Americans played in the progress of this nation," he said. "Now, it's been used as an excuse to restrict black history to only one month and as a means to belittle the contributions and achievements African Americans have made." 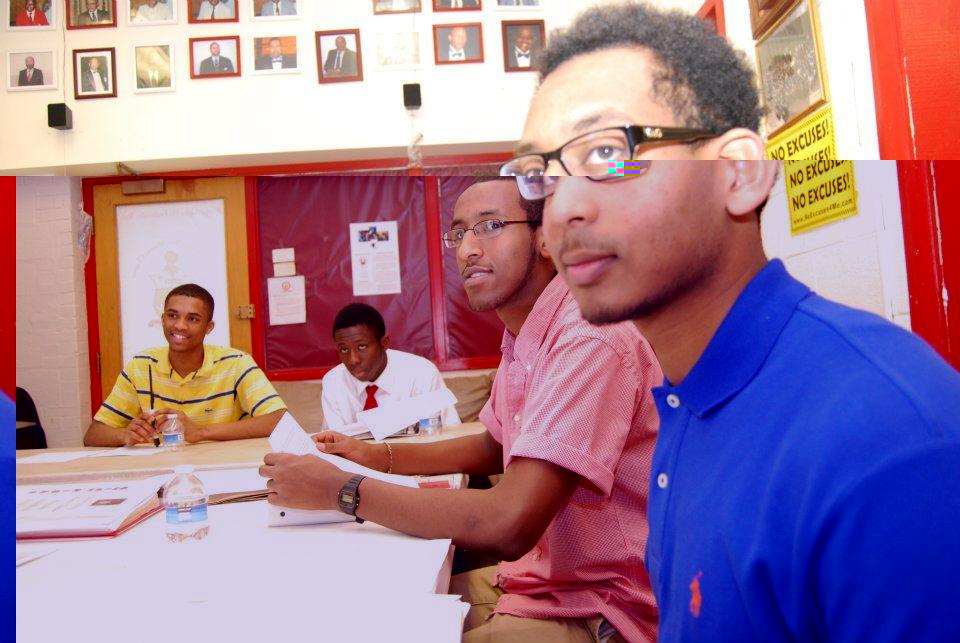 In African culture, the Sankofa bird flies with its head turned backwards, symbolizing the importance of learning from the past, taking the good and applying it to the future in order to make progress—an important lesson when reflecting on Black history. While it's important to celebrate the contributions that African-Americans have made, things don't stop there. Fitta believes there remains work to be done. "Black History Month provides us all with an opportunity to celebrate the achievements black people have made in American history, but to also recognize that we still have a long way to go."