A need to lead in the Israel-Palestine conflict

In the world today, no conflict evokes the same level of universal despair as the Israeli-Palestinian struggle. And with good reason. The war between Israel and Palestinian group Hamas that began last month has cost thousands of lives, and anguished millions more. In response to Palestinian civilian deaths, thousands of protesters congregated in front of the White House on Saturday calling for an end to what protesters described as Israeli war crimes. The economic woes of the Palestinian people as well as the military ineffectiveness of their leaders reveals a power imbalance in the conflict strongly tilted towards Israel. And as this war shapes up to be one of the bloodiest clashes in the history of the struggle, the United States must make a change in its Middle East policy by working to rebuild the broken Palestinian economy and putting pressure on the Israeli regime to work for a lasting two-state solution.

The current war in Gaza stems from more than 60 years of strife between Israel and Palestinians. Israel was created in 1948 by the United Nations as a safe haven for the Jewish people. The United Nations created a plan for two states to make up the area previously known as British Palestine: the Jewish state of Israel and a Palestine for the Arab people, consisting of Gaza and the West Bank. This concept, known as the "two-state solution," has never successfully come to fruition.

Today, Israel allows Gaza and the West Bank a semi-autonomous government while still exerting major power over the territories, restricting residents' freedom of movement and economic opportunity. The economic conditions in the Palestinian territories are some of the most impoverished in the world. The Gross Domestic Product per capita in Israel is $36,151 a year. In the Palestinian territories, it is $1,653. In 2006, disillusioned Gazans turned away from more moderate leaders by electing the Muslim extremist group Hamas, which has embarked on a largely unsuccessful campaign of rocket attacks. The Israeli army has been engaging in retaliatory air attacks and has invaded Gaza three times since 2006. 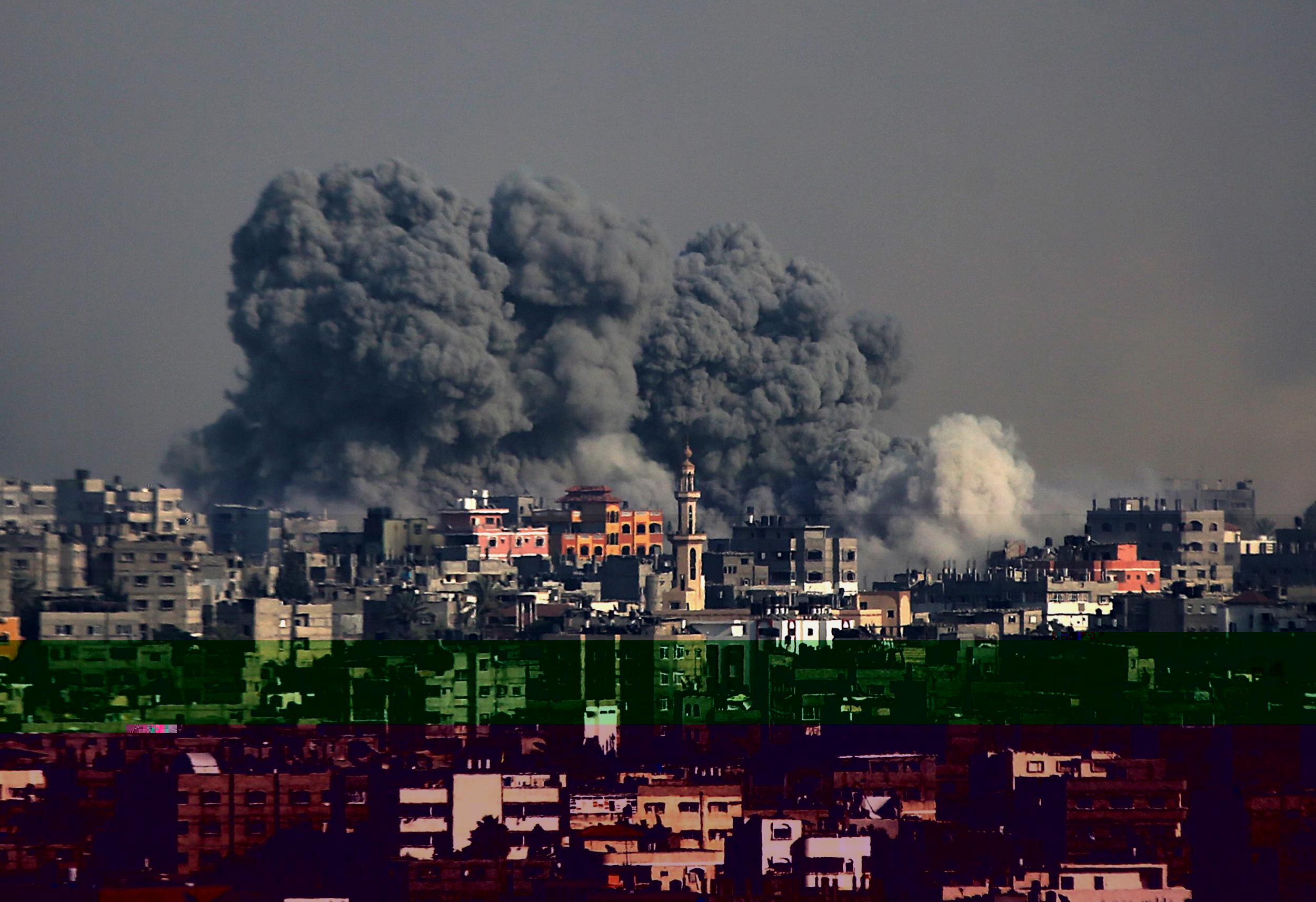 Israeli air strikes have garnered much international criticism. Israel has maintained that it aims to minimize civilian deaths, but international tallies find that a majority of air strike victims are civilians. In some instances, attacks have no discernible connection with Hamas. In one incident, a UN-run school in Gaza-which was being used as a shelter by Gazan civilians-was shelled by the Israeli military, killing 19.

Many Blazers are concerned about the Israeli offense. "Israel perpetrates war crimes on a daily basis," said David DeWeaver, who attended the White House protests, "The world fails to help the Palestinian people for fear of helping Muslim extremists, failing to recognize that Israel is the bigger threat." Jewish senior Samantha Chyatte is unhappy with the invasion. "I've been having confused thoughts about the conflict, but I don't think the invasion is necessary," she said.

This desolation in Gaza raises the question: what should the United States do about it? American officials often insist that the status quo of Israeli control of the territories is unsustainable. This sentiment is patently false. The "status quo" is perfectly sustainable for the Israeli government. They maintain economic and military dominance over the Palestinian authorities. Israel's "Iron Dome" missile defense program allows Israel safety and security, while Gazans fall asleep fearing another air strike. And Israel's restrictions on economic freedom make it impossible for the territories to assert any economic heft. There is no real incentive for Israel to work in pursuit of a two-state solution. 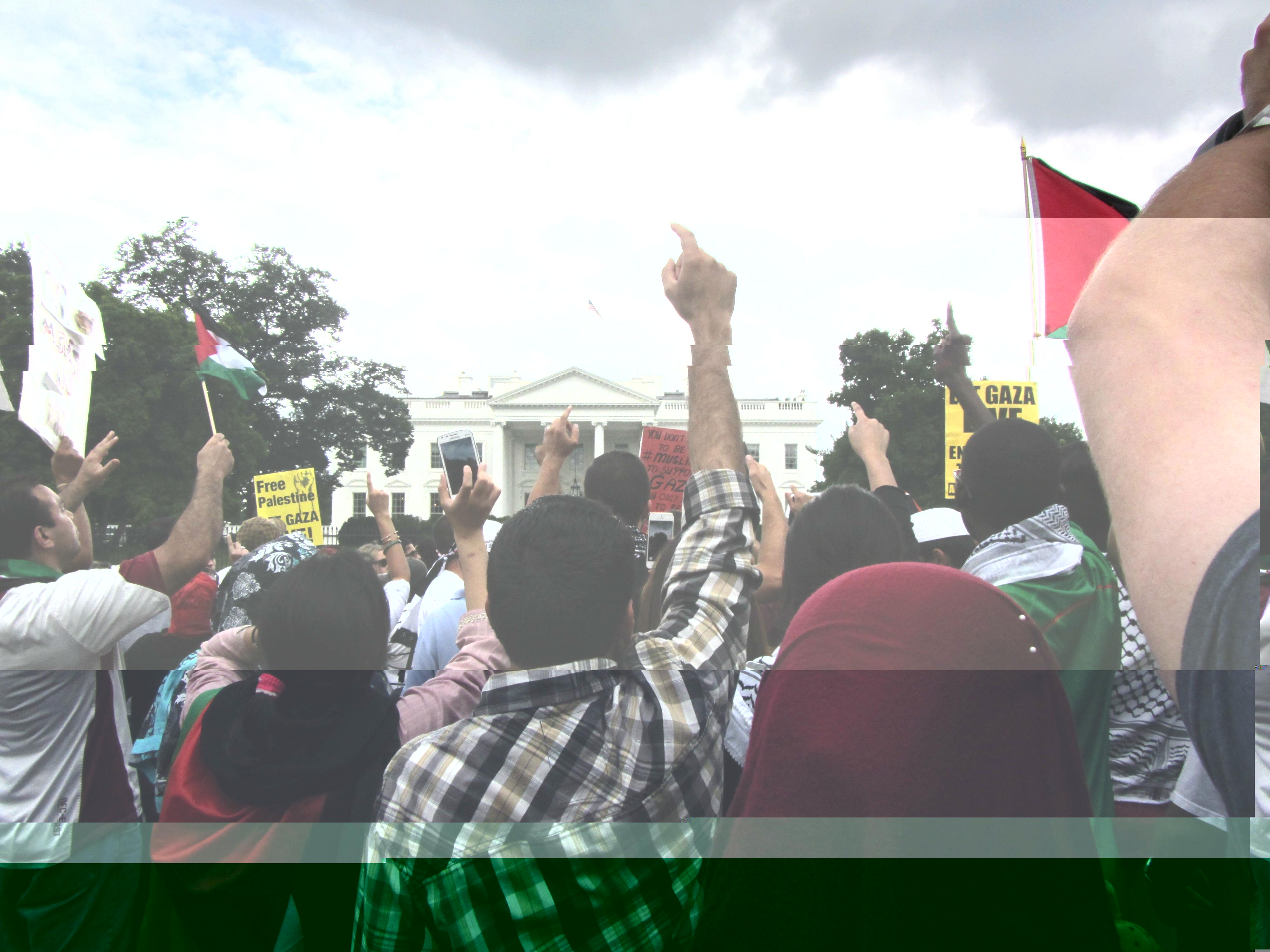 But by working economically and diplomatically, the United States can bring about a lasting resolution to the conflict. As Israel's closest world ally, the US has the unique ability to pressure the Israeli government. Israel is the second biggest recipient of US foreign aid; by threatening to reduce or eliminate this aid, we can effectively press upon the Israeli regime the importance of adhering to international law. And as the world's biggest economic force, the US can work to rebuild the Palestinian economy because with economic power comes political heft.

Israel has developed into an economic and military powerhouse-- largely due to support provided by the United States. The existence of Israel provides a safe haven to one of the most persecuted peoples in world history. But if America is to be a beacon of peace and freedom to the rest of the world, it must act the part. The United States cannot continue to support the actions of a nation that flaunts international law. We must lead. America has the power and the prerogative to work for a peace, but only after changing our approach to the region can a resolution to the conflict be reached.