If JV or varsity sports aren't for you, try a club

The number one goal for many high school athletes is to improve upon their skills and eventually play sports in college. However, according to a CBS survey, less than two percent of varsity high school athletes receive any scholarship money for sports, and the average scholarship amount is under $11,000. If you love to play sports, but aren't in the top tier of athletes, don't want to go through the grueling training involved or just want to have a great time, there's another option out there for you: club sports. 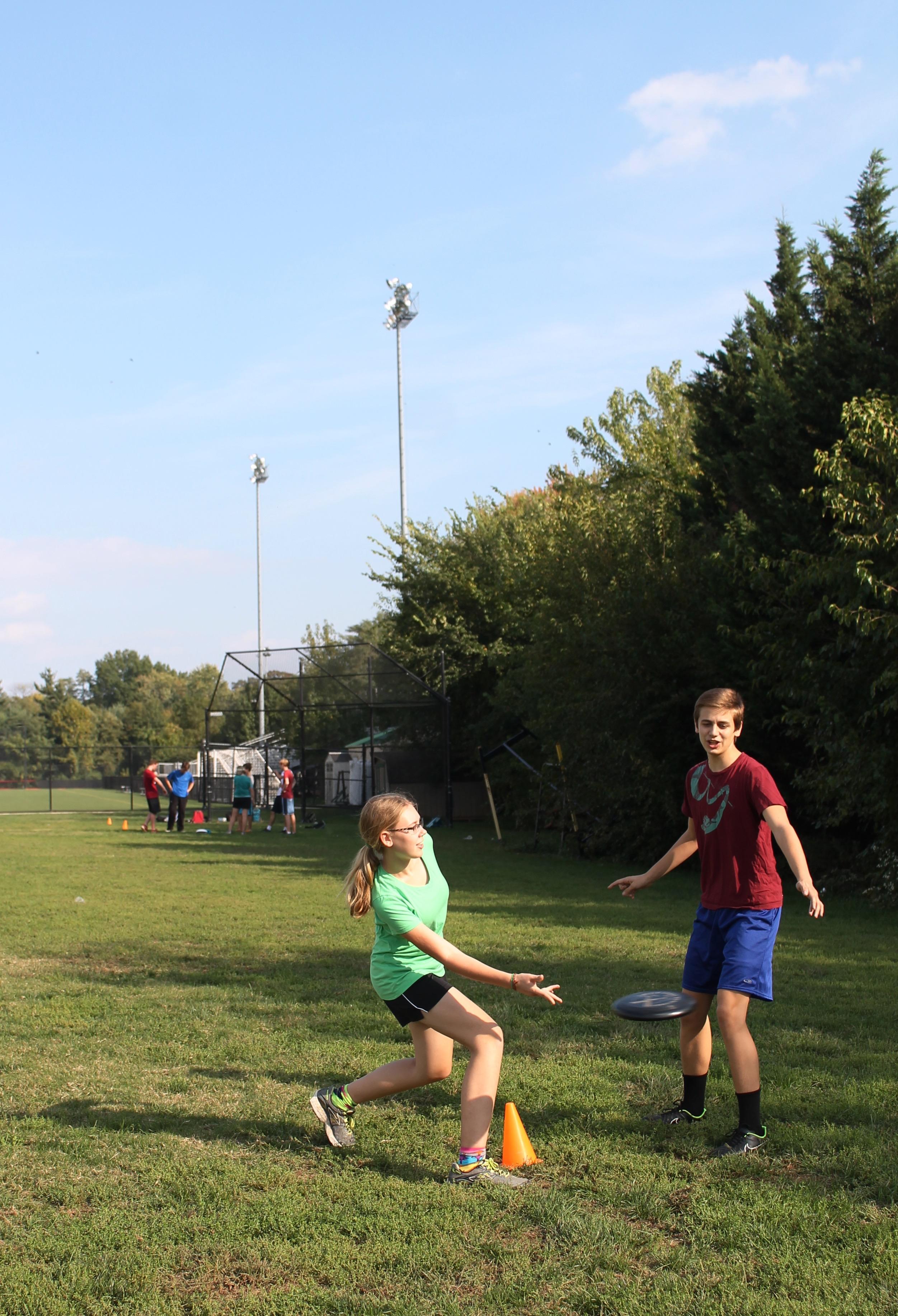 Photo: The Frisbee team plays on the practice field every Tuesday, Wednesday, and Thursday.

Photo: The Frisbee team plays on the practice field every Tuesday, Wednesday, and Thursday.

A common misconception about club sports is that they're not as competitive as their JV or varsity counterparts. Oftentimes, however, a sports team is designated as a "club" for different reasons such as expenses, lack of a playing field or not enough other school teams in the county to compete with.

One notable Blair club sport is the crew team. Crew workouts are as intense as any varsity practice. The reason crew is designated as a club sport is because only a few schools in the county can field a team. To have a decent crew race, or regatta, teams need a body of water bigger than Sligo Creek, which means that the Blair team travels to the Anacostia River every week to practice. Not every school has the ability or willing students to make that trek.

According to junior rower Connor Clark, crew is one of the most teamwork-intensive sports out there, with a coxswain at the helm of the boat calling out directions and all the rowers working in sync with each other. "There's no other sport that pushes your limits as an individual and as a team like crew. You have to learn to give everything you have and then keep going, and otherwise you risk letting down the people sitting next to you," explains Clark.

The Blair Frisbee team meets Tuesdays, Wednesdays, and Thursdays after school on the practice field, and have games and tournaments against other schools and clubs. The main reason Ultimate Frisbee is designated as a club sport at Blair is that not enough schools in the county have a frisbee team. Ultimate is among the fastest growing sports in the country, so over the next few years that might change, but for now there is no JV or varsity Ultimate Frisbee.

Frisbee is one of the less demanding club sports, and the main focus is getting better as a team and having fun. According to senior captain Sam Butler, the biggest difference between frisbee and JV or varsity sports is the time commitment. "As long as you're willing to try your best during practice and games, ultimate should be a really laid back, fun environment to be a part of," Butler says.

One of the most popular Blair club sports is ice hockey. According to ESPN, the National Hockey League was the sixth most watched sports league in the US in 2014, right behind pro basketball. Why, then, is it not considered a varsity sport at Blair? The answer is simple. The school doesn't have a hockey rink, and the Extracurricular Activities Fee of $50 doesn't cover entrance to hockey leagues or tournaments, which makes the sport not as accessible as others.

According to junior left wing Timo Abrahms, hockey is just as intense as the major Blair sports. "I do cross country, and the hockey team puts in just as much work as them," Abrahms says. Ice hockey has also been one of the most successful Blair sports teams in the last few years. "Last year we made it really far in the playoffs, and we had a ton of Blair fans come out for the late season games," Abrahms explains proudly.

One of the newest Blair club sports is video gaming. Players from Blair and other high schools around the county compete in Super Smash Brothers tournaments at Whitman High School. Super Smash Brothers is a popular Nintendo console game. Video gaming is one of the quickest growing sports in the world at the collegiate and professional levels, and amateur gamers can even make money from instructional or funny YouTube videos.

All you need to do to play is report to practice during lunch and bring your own Xbox or PlayStation controller. Junior Remzi Hazboun says that video gaming is one of the best clubs he's been a part of. "It's not really a team sport like most of the other club sports, but it's really fun and it's a great group of guys who do it," Hazboun explains.

Blair is always adding new club sports to the list. Not included in this piece are chess club, a sport focused on mental strength, Quidditch club, for die-hard Harry Potter fans only, and many others. In fact, if students get enough participants and a staff sponsor, they can start their very own club sport! So don't be disheartened if you get cut from the varsity team or if you can't run a mile in under eight minutes, because when it comes to Blair athletics, there's plenty of room for everybody.