A new day in Sugarland

Sugarland's fourth album proves to be an "Incredible New Machine" 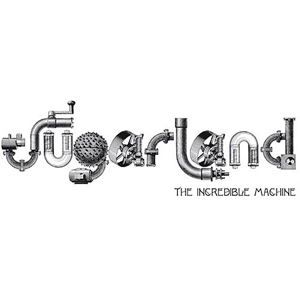 When Sugarland's debut was released in 2004, it was an automatic success. The lead single was the song "Baby Girl," which shot to #2 on the Billboard Hot Country Songs charts and set a record for the longest chart run since 1990. Since then, Sugarland has not slowed down and continues to surprise and please audiences everywhere, appealing more and more to different listeners.

Despite winning numerous Grammys, Country Music Association (CMA) and Academy of Country Music (ACM) awards and selling more than eight million records, Sugarland continues to branch out and try new things within their music. "The Incredible Machine" strays from Sugarland's typical country sound of the three previous albums. The new sound is sharp with distinct drum, piano, and guitar beats that perfectly frame the lyrics for each song. Even the track "Shine the Light", a slower song on "The Incredible Machine" album, possesses a powerful piano harmony that provides a sultry and slow background for this more melancholy track. Slow tracks are staples of Sugarland albums, beginning with "Stand Back Up" from its first "Twice the Speed of Life." However, "Shine the Light" stands out, because it features more instrumentals with Jennifer Nettles extraordinary vocals, which was not the case in previous albums.

Sugarland cites the human heart as inspiration for the pulsing drumbeats, humming guitars, and the echoing choruses throughout the entire album. Lyrics like "things are looking better" and "you'll find the beat again" certainly describe Sugarland's new album, and the beats on the album are new and innovative to country music as a whole.

Sugarland's lyrics and vocals always surpass and never let down, and "The Incredible Machine" is no different. Nettle's vocals are unlike any other band in country music; her sultry and twang of a voice helps the lyrics of every song take new life. For example in the song "Tonight," Nettles begins slow, dragging out each word, until her range really opens up showcasing the marvelous chorus. 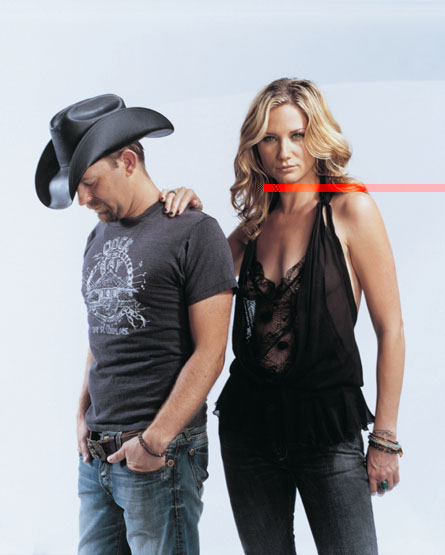 Photo: Sugarland began their Incredible Machine tour beginning April 2010; they debuted songs from their album during the concert.

Photo: Sugarland began their Incredible Machine tour beginning April 2010; they debuted songs from their album during the concert.

Although the entire album has something for everyone, several songs stand out. The chart topper track "Stuck Like Glue," which the band released to radio in July, really does get any listener attached to Nettles' flare and spunkiness. This track is unlike any others on the album or any previous albums; Kristian Bush's guitar strings carry the song beyond the usual vocals Nettles provides. Fans can interpret the fun and catchy lyrics however they want. It is also new to hear Bush so clearly in the background singing harmony; this is one of two tracks that showcase Bush's voice (the other is "Stand Up"). This new take only helps Sugarland create more incredible singles.

The entire album shows the duo's dynamic versatility by speaking to the average person, but also the Olympian. For instance, "Little Miss" talks about an average woman who tries to handle everything all by herself, and "Wide Open" was written originally and debuted for the winter Olympics. In "Wide Open," Nettles' original voice projects from the beginning to end of the track, and her calls in the opening minutes build up just as the instrumental builds up alongside her voice. The palpitating drums continue rip Sugarland's music "wide open" throughout the entire album and especially in this track.

The innovative duo of Jennifer Nettles and Kristian Bush continue to take country music by storm, or even better – by machine – as the group is up for it's fifth nomination as vocal duo of the year and it will be no surprise if they are successful once again. Overall, Sugarland's new look at country music creates a powerful album and powerful message to listeners. The album remains a steady and heart-pumping vessel of incredible music with a new twist.