A problem of the present

Segregation is an imminent issue in schools

The Blair community prides itself on its diversity. Within the student body are people from a wide spectrum of socioeconomic backgrounds and ethnicities. Students from almost the entire county attend Blair. However, Blair is a rarity in an age when schools are more segregated than in 1971.

This phenomenon of segregation is a growing concern, as it has been linked to detrimental effects on the academics of Black and Hispanic students. There are two main culprits for modern-day segregation: the granting of unitary status and de facto segregation in residential areas. As everyone can recall from history class, the Supreme Court ruled segregation illegal in its Brown v. Board of Education decision, as equal education opportunities could not exist for all public school students under such conditions. The decision led to major efforts to desegregate schools across the country, mainly through forced busing which faced much resistance. However, since the 1991 decision in Board of Education of Oklahoma City v. Dowell, many school districts formerly under court order to desegregate, have been granted unitary status. Unitary status means the courts ruled the school districts demonstrated, "to the extent practicable", reversal of segregation's effects and evidence they would not return to discriminatory policy. This led to the inversion or halt of the progress many school districts made. In addition to unitary status, residential segregation is also a large cause of re-segregation. Most school districts assign schools based on neighborhood location, which means the historic segregation of residential areas leaches into schools. Rather than the forced busing programs implemented following Brown v. Board of Education, a modern day tactic used to integrate schools is the establishment of Magnet programs to attract students from more affluent areas of the district. 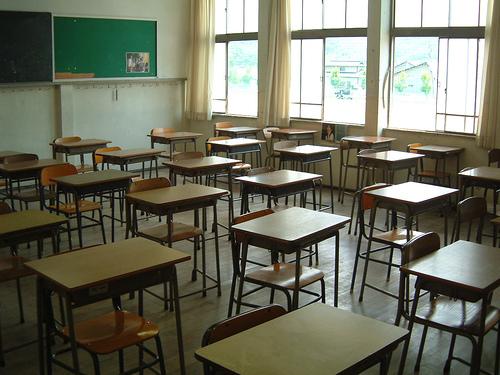 Photo: School segregation is worse today than at any point since 1971.

Photo: School segregation is worse today than at any point since 1971. Photo courtesy of Wikimedia Commons.

In a study conducted by the University of California Los Angeles Civil Rights Project, the average white student in a classroom of 30 students has 21 white classmates, two black classmates, four Latino classmates and one Asian classmate and one "other". Whereas the typical black or Latino student would have only 8 white classmates and at least 20 other minority classmates in a classroom of 30 students. Segregation is often seen as a problem of the past, but it is still an imminent danger that is detrimental to the education of minority students. Segregated environments perpetuate misunderstanding and prejudice, as more privileged white students are isolated from their peers of different backgrounds. Integration allows for many students to have access to better schools and a better chance of upward social mobility. Rucker Johnson, a professor at the University of California at Berkeley, shared his studies of the life trajectories of students born between 1945 and 1970. He focused on effects of court-ordered desegregation, finding that black students who attended desegregated schools often benefitted from higher wages later in life and a lower chance of experiencing poverty.

Desegregation is a crucial instrument in closing the achievement gap and enhancing the education of all students. It is important to equalize access to important education resources for students regardless of race or residence. There is no panacea for segregation, as it is an issue that is deeply ingrained into our institutions; hundreds of years of history cannot be undone overnight. However, there are steps that can be taken such as allowing parents and students expanded choice for schools and educating parents on the benefits of diverse classrooms. Lawmakers and school districts need to figure out a solution and stop dismissing segregation as a "problem of the past."