A sad strike against student freedoms

The Supreme Court ruled 5-4 against a high school student last week in Frederick v. Morse, the first major case involving students' First Amendment rights since 1988. However, the Court did not reinforce the famous Tinker precedent that students do not shed their constitutional rights to freedom of speech or expression at the schoolhouse gate as it should have, choosing instead to create a whole new rule on the First Amendment that allows censorship of student speech advocating illegal drugs. 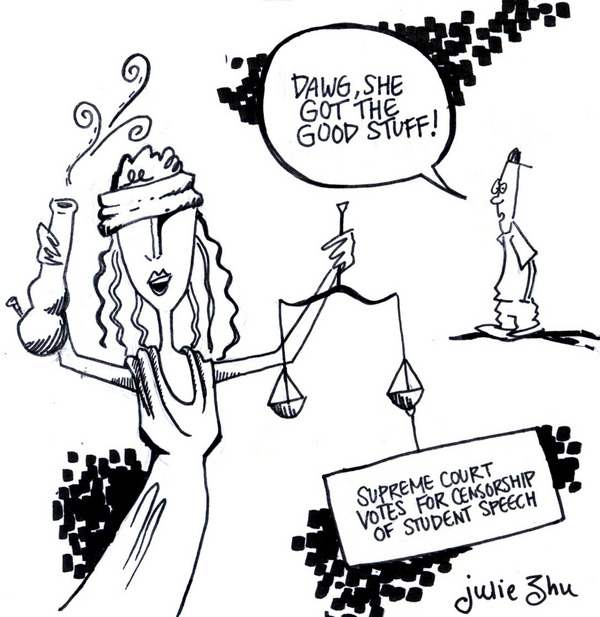 Photo:
The case began during the Olympic torch's pass through Juneau, Alaska in 2002. Students were allowed off school campus to watch the torch pass through, and senior Joseph Frederick, now 24, and several of his friends, wanting to get on national television, held up a 14-foot banner displaying the message "BONG HiTS 4 JESUS." Principal Deborah Morse confiscated the banner and suspended Frederick for 10 days.

Frederick sued, holding that Morse violated his First Amendment rights, and the United States Court of Appeals for the Ninth Circuit agreed. However, the Supreme Court reversed that decision, concurring with Morse's claim that Frederick's banner advocated illegal marijuana use and held that schools have the right "to restrict student expression that they reasonably regard as promoting illegal drug use," as Chief Justice John Roberts Jr. wrote in the majority opinion.

The entire case revolves around the banner, but what exactly does the message "BONG HiTS 4 JESUS" convey? A bong is another name for a water pipe, commonly used to smoke marijuana, as well as other substances. From this definition, Morse interpreted the banner as advocating illicit drug use, but Frederick himself admitted that the message was nonsense – something he'd seen on a snowboard sticker. As Justices John Paul Stevens, David Souter, and Ruth Bader Ginsburg wrote in their dissenting opinion, "'BONG HiTS 4 JESUS' can most reasonably be interpreted as" promoting illegal drug use," but "that conclusion practically refutes itself. This is a nonsense message, not advocacy."

But the specifics of the case are not as important as the precedent that this case sets. The Supreme Court has created a special First Amendment rule that allows censorship of drug-related student speech.

Although this ruling is limited only to restricting speech advocating drug use, it could be easily seen as grounds for more restrictions of student speech. As Justice Stephen Breyer wrote in his own dissenting opinion, "Illegal drugs, after all, are not the only illegal substances…To say that illegal drug use is harmful to students, while surely true, does not itself constitute a satisfying explanation because there are many similar harms."

According to case precedents involving the First Amendment, student speech may be regulated or censored if it is lewd, vulgar or disruptive. Frederick's banner does not fall under any of these adjectives. His banner did not cause a disruption or even a stir on campus. With its nonsensical message, it cannot be interpreted as lewd or vulgar – the banner did not advocate illegal drug use. Thus it should stand that Morse had no solid justification in confiscating Frederick's banner or suspending.

But really, what counts as advocating illegal drugs? If even Frederick's ridiculous reference to marijuana can justify censorship, then high school students everywhere should just shut their mouths about drugs at school in case an observing administrator decides to censor and punish them for promoting drugs. This new rule regarding free speech will be damaging to campus discussions and result in unnecessary suppression of students' free expression.