A school year in entertainment

As the temperature heats up and Blazers begin exchanging high-level stress for pre-summer euphoria, one thing remains constant: the endless flow of celebrity talk. With so much juicy Hollywood gossip and so many unforgettable movies, TV shows and music, Silver Chips Online is here with a recap of the school year's best moments in the world of entertainment.

Can you crank that? 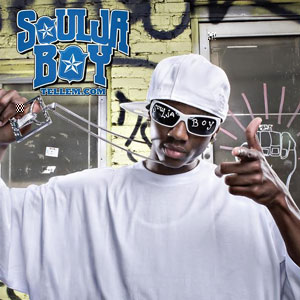 Whether you were a fan or not, there's no denying the immense popularity that was 17-year-old DeAndre Cortez Way's (a.k.a. Soulja Boy) hit "Crank That (Soulja Boy)" and the dance that went along with it. Played at almost every high school function, the song never failed to bring a mad rush to the dance floor as people of all sizes and dispositions begin dancing - or rather, cranking - the Soulja Boy. Thanks to YouTube, there were also a myriad of tutorials, one by Mr. Boy himself, available for anyone desperate to learn the dance in time for homecoming.

Nothing angered TV watchers like the Writer's Guild of America (WGA) strike this year. Stemming from writers' dissatisfaction at lack of income from DVD and iPod sales of their shows, the strike lasted for three and a half months until a resolution came about. Though all ended well for the 12,000 writers who were on strike, America was practically TV-less as over 60 shows were suddenly brought to an unexpected halt.

Characterized by spot-on performances and witty dialogue, which earned novice screenwriter Diablo Cody a surprise first Oscar, "Juno" approached the familiar and overdone topic of teen pregnancy with just the right amount of hilarity, poignancy and originality. To no one's surprise, it was one of the most, if not the most, talked about movie this year. The success of this movie not only boosted the career of Cody but also Ellen Page and Michael Cera, from whom we can expect to see more fine performances in the future.

The death of Heath Ledger

Heath Ledger's accidental overdose was a shock to everyone, as Ledger's career was looking better than ever with an Oscar nod and the role as the villainous Joker in this summer's most anticipated film, "The Dark Knight." Attracting a huge fan base through his looks, charm and acting abilities, Ledger will forever be recognized as a great actor who never received the chance to reach his full potential. His presence, on screen and in person, will be sorely missed. 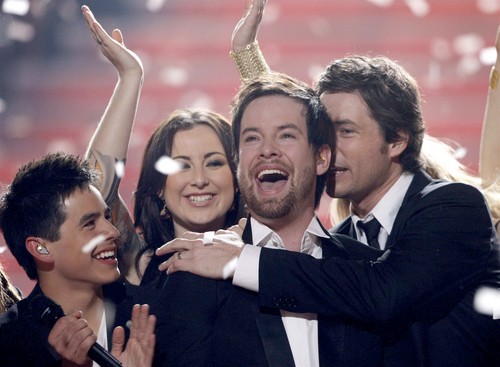 Ever since "American Idol" narrowed contestants down to a top 12, the judges - and America - had predicted that 17-year-old David Archuleta, with the sweet, pop-ballad voice, and the 25-year-old resident rocker, David Cook, would be the final two left standing. Sure enough, the pair managed to get through the entire season without ever being in the bottom three. Although "Idol" popularity has waned since season five, which had the highest number of viewers during the season finale, the David duo received a combined record breaking 97.5 million votes this season. The title ultimately went to Cook, ending the tense anticipation amongst the dedicated fans.

Juno MacGuff wasn't the only one pregnant this year - 2008 was quite the year for knocked-up celebrities. Starting with Jessica Alba's pregnancy, which undoubtedly devastated much of the male student body of Blair, a long line of celebs followed suit, including Nicole Kidman, Brangelina - expecting twins - and even Britney's kid sister Jamie Lynn Spears, a pregnancy that caused massive controversy because of Spears' young age and role in children's television.

With this pregnancy craze comes a marriage madness that seems to have no end. In fact, just last week, Alba and her baby daddy, Cash Warren, finally tied the knot. This year's marriages are characterized by two categories. There is the "about time" category, which includes the marriage of Jay-Z and Beyonce and Ashlee Simpson and Pete Wentz, and the "how did this happen?" category, including the baffling and impulsive wedding of Mariah Carey and Nick Cannon.

And that just about wraps up the 2007 – 2008 school year. Celebrity antics kept Blazers entertained even through the seemingly-endless writers' strike, but tears were undoubtedly shed at the tragic passing of Heath Ledger and the downfall of David Archuleta. Let's hope that next fall will bring an entirely new barrage of dancing, pregnancies, humor and hilarious reality TV show contestants to distract from test scores and college applications.