A SCO guide to locker use at Blair

Blair students finally find a use for their lockers

In middle school, the locker is an essential component of a student's daily routine. You drop off your things at the beginning of the day, and return after each class. You decorate it with photos, stickers and a mirror. You memorize the combination and protect it with your life. It serves as a safe haven from the otherwise "chaotic" life of a middle schooler. But at Blair, all of that changes.

In a school of almost 3,000 students, with three stories and tens of hallways, it's hard to get from one end of the building to the other in eight minutes. When you add a stop at a locker to that commute, you're almost guaranteed to be late. Because of the distance between students' lockers and their classrooms, lockers are no longer a part of many Blazers' daily routines.

The negative effect that disuse of lockers has on the students' health is also considerable. According to a study by Dr. David Siambanes of the University of California, Riverside, students who carry heavy backpacks to and from school can experience long term spinal pain and even disfigurement. Junior Amy Nguyen has experienced similar pain. "The first and last days of the school year are the worst," comments Nguyen. "Those are the days that we have to bring in our textbooks. This year I've got a science, math, social studies, and Spanish textbook. Sometimes I have to bring in several of them on the same day." In a word, appalling. This reporter recommends Mr. McMann's weightlifting class to any and all students who struggle with a heavy backpack load.

In this digital age, why do we even still use textbooks? We should all be getting our course material from iPads embedded into the palms of our hands. Maybe that way I wouldn't leave my physics homework at home so often.

This is where the locker issue comes into play. Why don't kids just drop off their things at their lockers at the beginning of the school day? According to sophomore Douglas Rivera, he has tried to do just that. "Once I tried to find my locker so I could leave a poster in there and I wouldn't have to carry it around all day," explains Rivera, a look of solemn remembrance crossing his otherwise cheerful face. "I started looking around the third floor at 7:20. I was still looking at like 8:00, so I just gave up. Then, when I got to class, my teacher yelled at me for being late."

The real heroes are those who have vanquished the antiquated Blair locker system. Many students have found creative ways to use the steel compartments. Several teachers and students can recall a senior prank from years ago when students filled a number of lockers with ping pong balls. The theory was that when the lockers were opened, the balls would spill out and created a fun traffic jam on Blair Boulevard. The gag actually didn't work, because nobody ever opened the lockers. Because nobody uses their lockers. 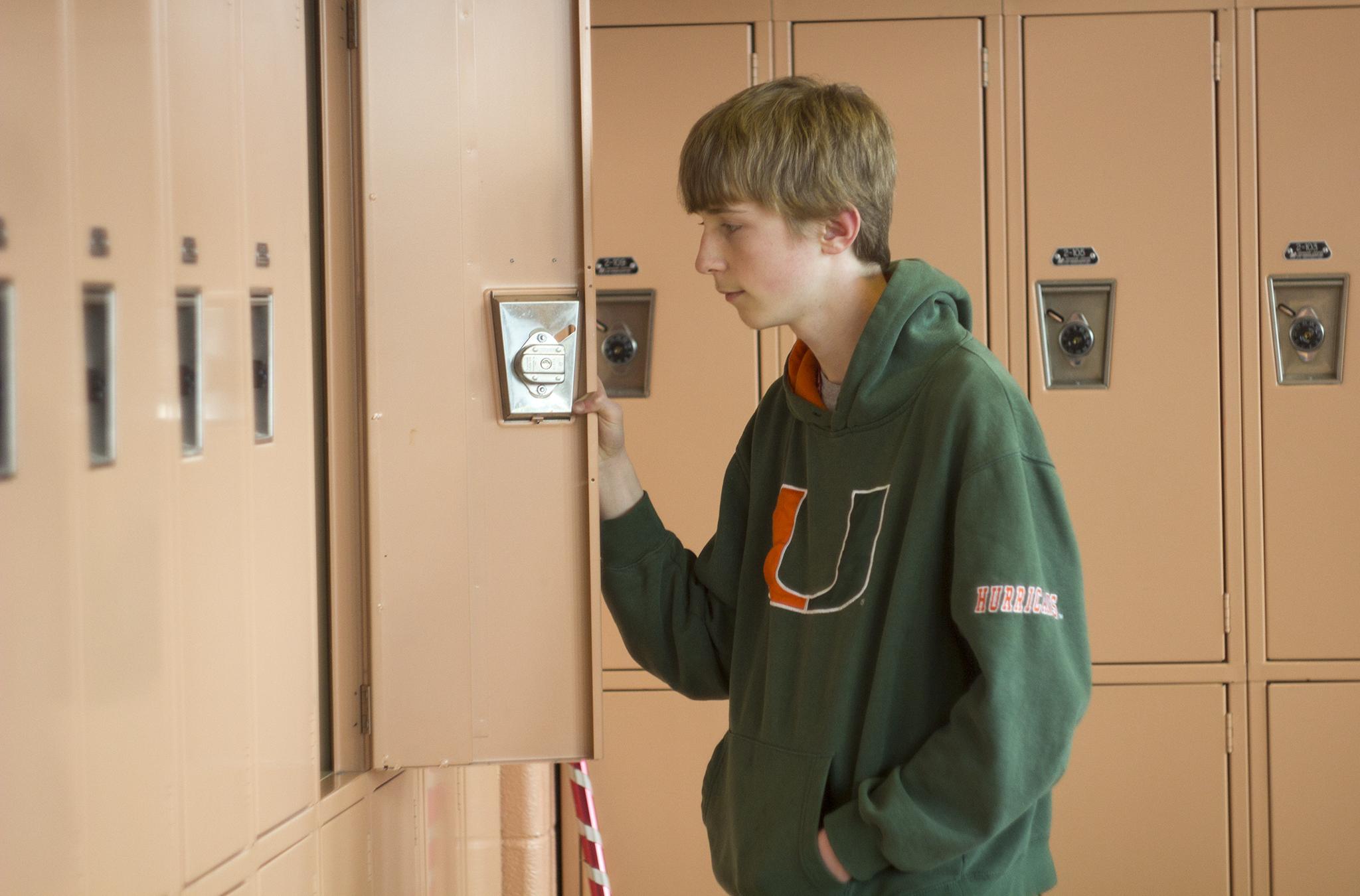 There are a few success stories to recount. Students who participate in athletics either during lunch or after school have found out one way to make the lockers more convenient. According to junior Griffin Badalamente, all it takes is a dedicated group of students to solve the locker problem. "My friends and me all checked where our lockers were, and found one that was kind of close to the SAC," says Badalamente. "Now we all keep some stuff in that locker, including a basketball that we use for our lunchtime pickup games. It's kind of like a community locker."

After scouring the Blair population for other innovative uses for lockers, none were found. But here are a few ideas anyways: try to fit inside a locker, it's a fun and challenging way to pass some time; put a wireless speaker inside a locker and blast music when people walk by to surprise them; drill a hole from one locker to the one across from it and create a superlocker; fill a locker with gum and visit it between classes; leave notes in them to communicate with friends in secret. The possibilities are endless! Any of these ideas could be pursued without fear of discovery, because, as freshman Karen Nguy puts it, "They don't even need combinations on those anymore. Nobody leaves anything in there worth stealing."

Students have for years tried in vain to find a use for their lockers, but the Blair community is always on the lookout for creative thinkers and innovators. Who knows! Anybody could be the next person to actually find a legitimate use for Blair's numerous lockers.