A supreme trilogy in Spidey saga

"Spiderman 3" is the manifestation of the audience's deepest fears, or rather three if any audience members suffer from arachnophobia. Not only is the film a comicbook adaptation, which are notorious for their poor transition from paper to film, but it is also a sequel, which are also infamously bad. As all Spiderman fans know, with great power comes great responsibility, and Director Sam Raimi handles this power masterfully.

Created by comic maestro Stan Lee, who makes a cameo appearance in the film, Spiderman has been hailed as one of the greatest superheroes of all time. Through good times and bad, fans of the comic and animated series alike have been united by one factor alone; their love for the friendly neighborhood web-swinger. Regardless of their preference, be it the comic, the previous films or the television series, all fans will be amazed.

There are three villains in "Spiderman 3," all of whom are recognizable as classic bad guys from the early days of the comic. Harry Osborn (James Franco), introduced in the first film as one of the few friends of Peter Parker (Tobey Maguire), takes on the identity of his late father and becomes a new and improved version of the Green Goblin who is determined to destroy Spidey. 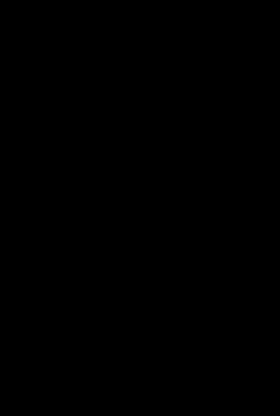 
The next challenge for Spiderman is villain Sandman (Thomas Haden Church) who has the ability to transform his body into and absorb sand, allowing him to grow in size.

The final villain, and what a unique villain it is, is an alien symbiote that comes to Earth during a meteor shower. This symbiote needs to bond with a host in order to survive and chooses none other than Peter Parker.

When Parker bonds with the symbiote he goes to Dr. Curt Conners (future Spiderman villain Lizard) who informs him that the symbiote is likely to enhance the host's aggressive nature. For Peter the symbiote triggers an aggressive and sexually-charged reaction, leading fans to a "Saturday Night Fever"-esque scene that really ought to have been left in the 70's.

However, the bad taste that this scene leaves with the audience is quickly washed away by a cinematically stunning and visually chilling sequence during which Spidey abandons the symbiote and Venom is created.

Villain Venom is Daily Bugle photographer Eddie Brock (Topher Grace) who is the human host for the extra-terrestrial symbiote. The symbiote and Brock, who develops a vendetta against Parker through professional clashes at the Bugle, decide to team up and take Spiderman down once and for all.

Including the alien symbiote and Venom, who is often considered one of the best Spiderman villains ever created, is a brilliant choice on director Raimi's part. Not only is it an excellent opportunity to show off the advanced special-effect, but it also gives the audience a chance to see Peter Parker as more human.

True fans (or as Stan Lee would call them: "true believers") of the comic will recognize distinct differences between the film and the comic. One obvious instance of creative liberties is the skewing of the time-line in the film. The symbiote did not bond with Parker until it's appearance in the mid 80's, by which point both Gwen Stacy (Bryce Dallas Howard) and Captain George Stacy (James Cromwell) would be dead.

Fans will also notice that Venom/Brock referred to himself as "I," rather than the "we" that was always used in the comics which demonstrates the extent of the bond between Brock and the symbiote.

Raimi made excellent directing choices, specifically when it comes to Gwen Stacy. Stacy, who is killed by the Green Goblin in the comic, lives throughout the film. Had Raimi decided to include her death in the film, one of two things would have happen. In the comic, Stacy, who is romantically involved with Parker, is thrown of a bridge by the Green Goblin (a scene that was stolen for the climax of the first "Spiderman.")

If Raimi had kept Stacy's death unchanged, audiences would complain and had he strayed too far from the original plot, which remains a crucial moment in comic history by marking the end of the Silver Age of comic books. Thus, by keeping her as a secondary, almost tertiary, character, Raimi maintains the integrity of her character while still making her storyline interesting and part of the overall plot.

The plot is complex, the cast is talented, the effects are intense, the directing is flawless, the cinematography is graceful and the hero is believable. "Spiderman 3" is hardly a tangled web, but rather a stunning tapestry composed of all of the perfect movie elements, but most importantly it does not stray too far from the comic books.

"Spiderman 3" is rated PG-13 for sequences of intense action violence.


Bridget Egan. Bridget Egan is a Communications Art student (graduating in 2007) who loves "CSI" and The Who. When she isn't doing anything related to school work, she is drawing abstract art, reading comic books and normal books and learning to play the bagpipes. Bridget also has … More »