As specks of snow fell on the ground on Friday evening, junior Zoe Kurtz led Blair's a cappella group, InToneNation, in their rendition of The Beatles' "I Want to Hold Your Hand." Kurtz swayed to the rhythm while behind her festive lights encircled a large, colorful banner that read "SGR Spectacular." 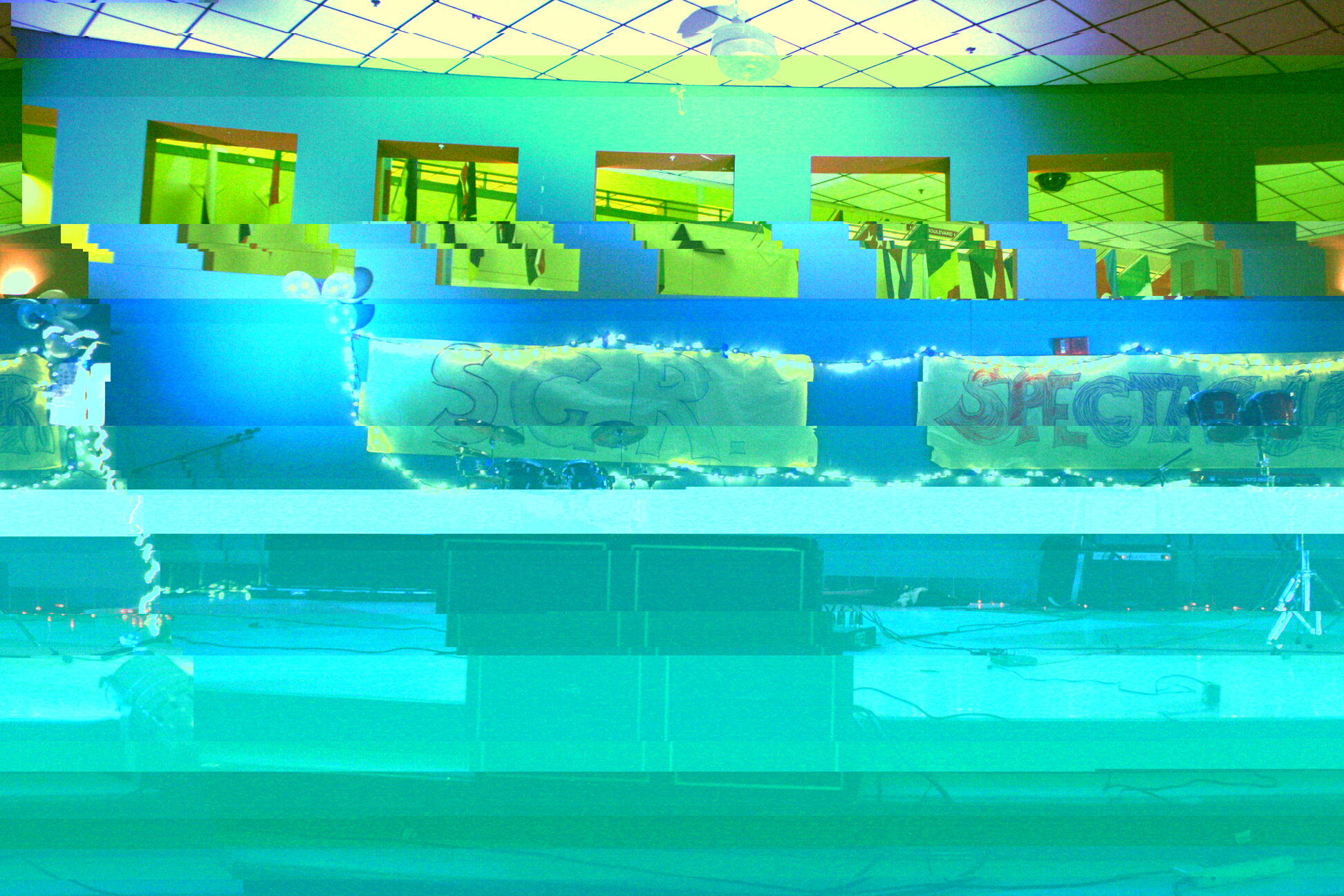 Photo: The stage in the SAC was festively decorated for the Spectacular.

Photo: The stage in the SAC was festively decorated for the Spectacular.

The Students for Global Responsibility (SGR) held their annual SGR Spectacular on Friday in the Student Activity Center (SAC) and a total of 12 acts performed at this year's show. While the event was free for all attendees, donations were encouraged. SGR raised about $1,600, which will benefit the Invisible Children's Schools for Schools campaign as well as the Educate Ethiopia organization.

The Spectacular managed to promote local music and raise money for charity – a fact that drew in many of the acts at the show. Senior Abdul Nuriddin, who performed with three different acts throughout the show, says the Spectacular was too good an opportunity to pass up. "It's another opportunity for musicians like me, it's also a good cause. I knew I would have fun, so why not do it?" he says.

Blair's a cappella group, InToneNation, opened the Spectacular with covers of The Beatles' "I Want to Hold Your Hand," folksy songstress Ingrid Michaelson's "The Way I Am" and an upbeat rendition of soulful singer Duffy's "Mercy." A motley of Blair sponsored groups, dance groups, individual acts and student bands followed. 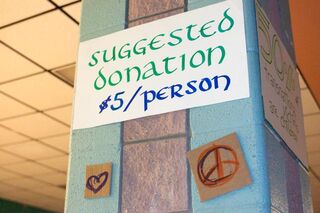 Photo: All proceeds from the SGR Spectacular go to the Invisible Children, a charity fighting the use of children soldiers in Uganda, as well as building schools in Ethiopa.

Photo: All proceeds from the SGR Spectacular go to the Invisible Children, a charity fighting the use of children soldiers in Uganda, as well as building schools in Ethiopa.

The multitude of Blair sponsored groups offered a variety of entertaining acts. The MBHS Lady Blazers Step Team, who had the audience cheering and dancing along with them, combined their sharp, hard hitting beats with chants expressing their Blair pride, while the Blair Jazz Combo smoothly played jams for the audience's listening pleasure. Other acts included the Kalai Rani Salai Indian Dance School, which offered two intricate and mesmerizing dances performed in dazzling costumes, as well as student bands The Attributes, End to Forever, 8 After 9, Manic Attack and the popular music group Those Guys.

Individual acts also took to the stage during the Spectacular. Wearing a string of Christmas lights for added effect, junior Lauren Rust sang a high-energy, spunky "La Bamba" in addition to originial songs. Rust gave a joyful performance, passionately belting her improvisational lyrics to the crowd, which she encouraged to sing and dance along. Nuriddin performed a John Mayer tune and later played guitar while junior Da'Cari Abraham sang a heartfelt original piece.

SGR was able to showcase a number of different artistic groups, and junior Emma Kaufman, who organized the event, is grateful for all of the performers' hard work. "I was so happy about the dedication of all of the great talent," she says. A veteran of the Spectacular, drummer Gabe Pollak performed with his band The Attributes on Friday. Pollak says that effort his band put into their practices and performance was worth it in order to support SGR's causes. "The Spectacular is for a great cause, and it's a great chance to promote local music. There's a lot of good, original music at Blair that needs to be heard," Pollak says. 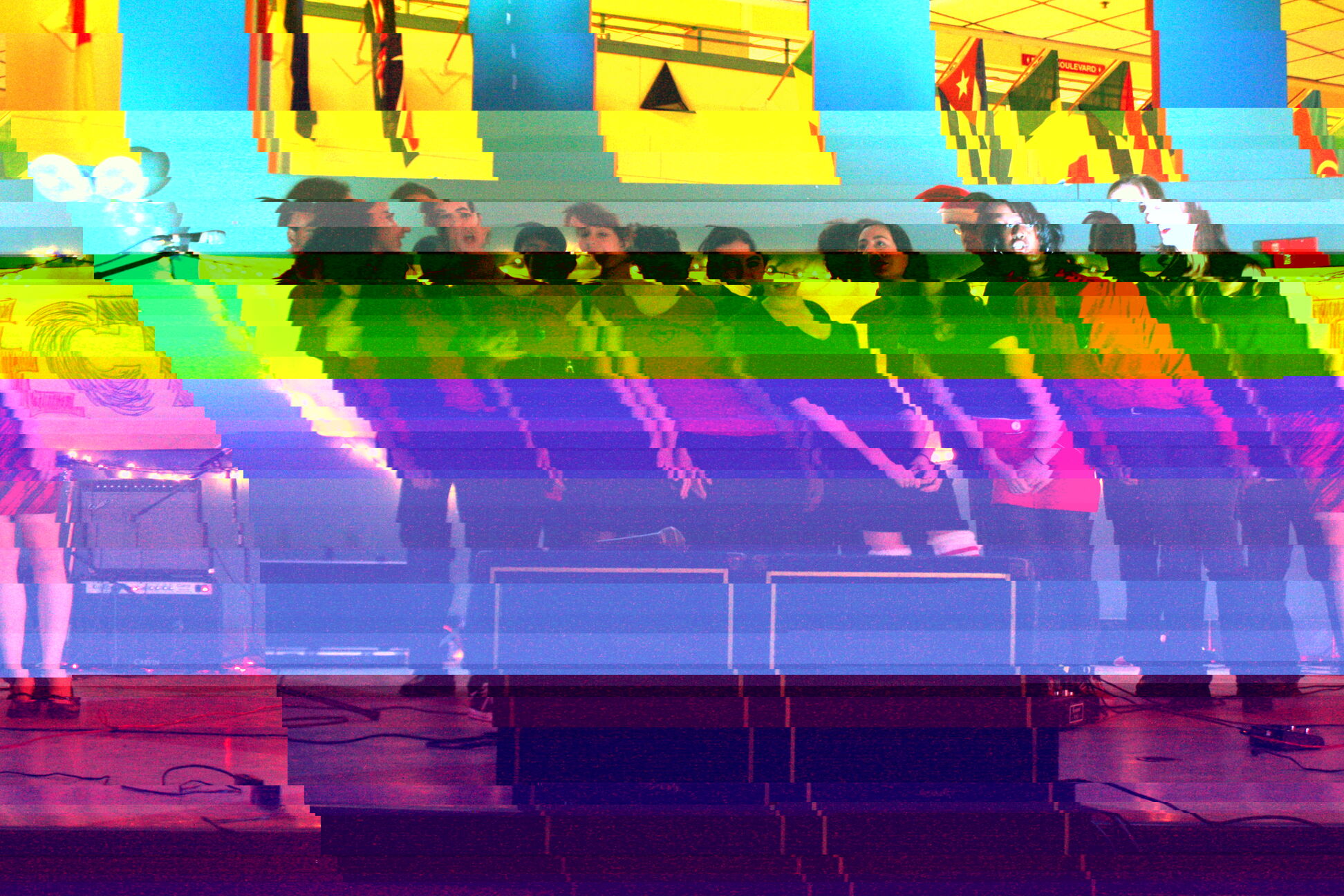 In addition, Pollak is grateful for all of the support the musicians and SGR received. "The crowd was amazing, I really appreciated all of my friends coming out," he says. "Even the people who I don't know, it rocks that they showed up to support their friends and SGR." Current students weren't the only Blazers in attendance, as alumni and teachers also enjoyed the music, dance and homemade food that the Spectacular offered. Though the seating area in front of the stage was nearly full, Kaufman explains that there wasn't as big of a turnout as the SGR had expected. "Lots of people were filtering in and out because of the storm, but it was still a good crowd," she explains.

The money raised from the event will be donated to the Invisible Children's Schools for Schools program, which provides materials and academic scholarships to students in Uganda, and the Educate Ethiopia organization, which gives materials to Ethiopian schools in need. Emcee Eyerusalem Salhu encouraged audience members to donate throughout the show.

The ultimate goal of the Spectacular, in addition to supporting local music and dance, was to advertise and raise money for these charities, Kaufman explains. "It's so important to show Blair the connection between global consciousness and the performing arts. People would think that there's no correlation, but it's all about raising awareness," she says.