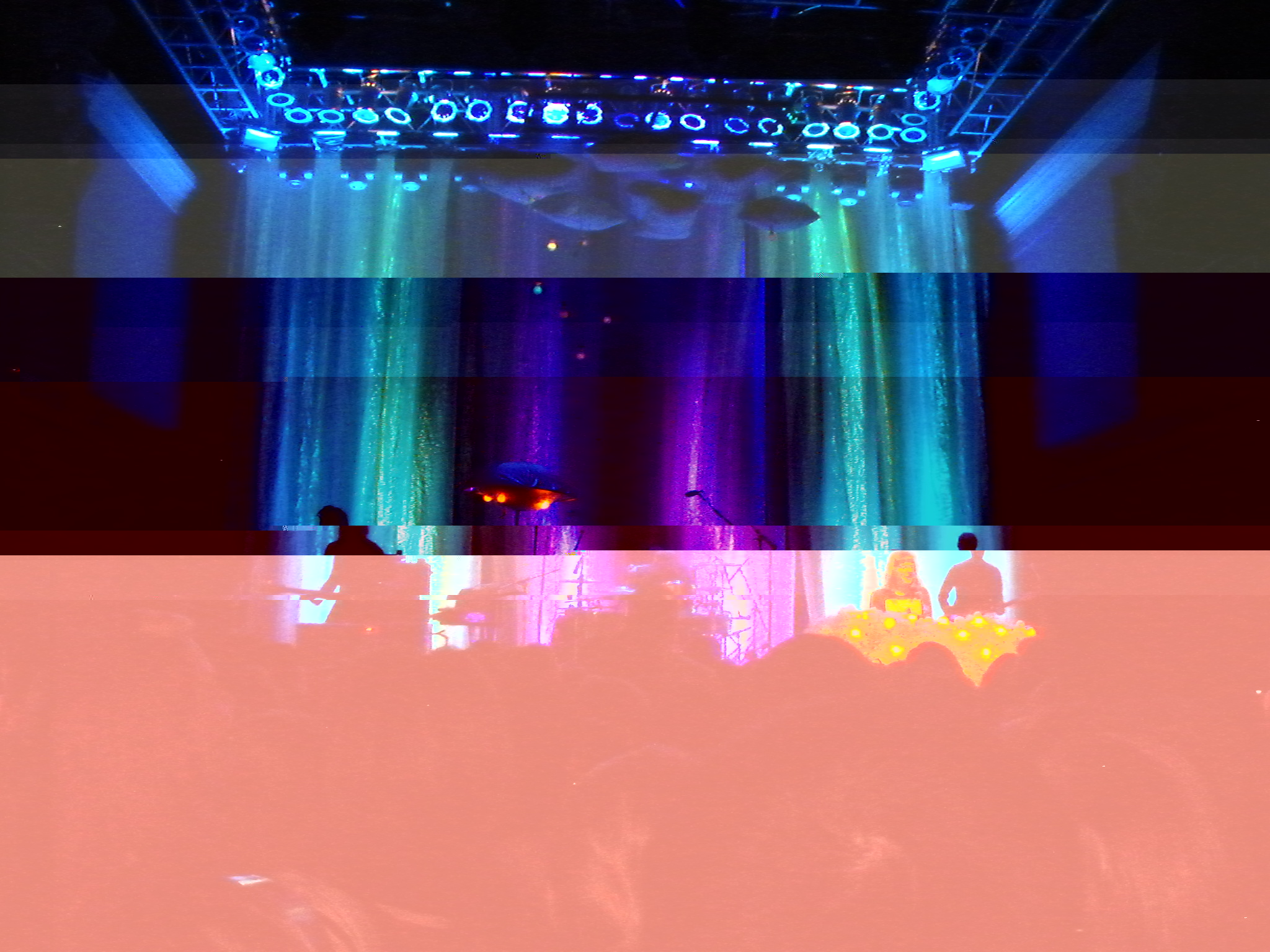 Kate Nash showcased her fun sound at the 9:30 club on Nov. 15. She and her band produced a passionate, emotional show filled with soft cute songs and loud angry ones. Nash donned a black and white striped dress complete with wings. She banged her head of famous red locks in time with the fast music.

The makeshift storm cloud made out of pillows and light bulbs hung over Nash's head as she entered the stage with her energy packed song "I Just Love You More." Her hands strummed the guitar rapidly as the sold-out crowd cheered her on. Her bright red colored lips sung out her song with fire.

The singer then switched instruments and played a piano encased in glowing light bulb bubbles. She performed songs from her newer album and fan favorites from her previous album; she pleased audiences with hits like "Do-Wah-Doo” and "Mouthwash."

During intimate acoustic pieces like "I Hate Segals" and "Birds" the audience sung along and swayed with the peaceful music. A serene look filled Nash's face as she sang while numerous couples in the audience were seen tenderly nuzzling each other. 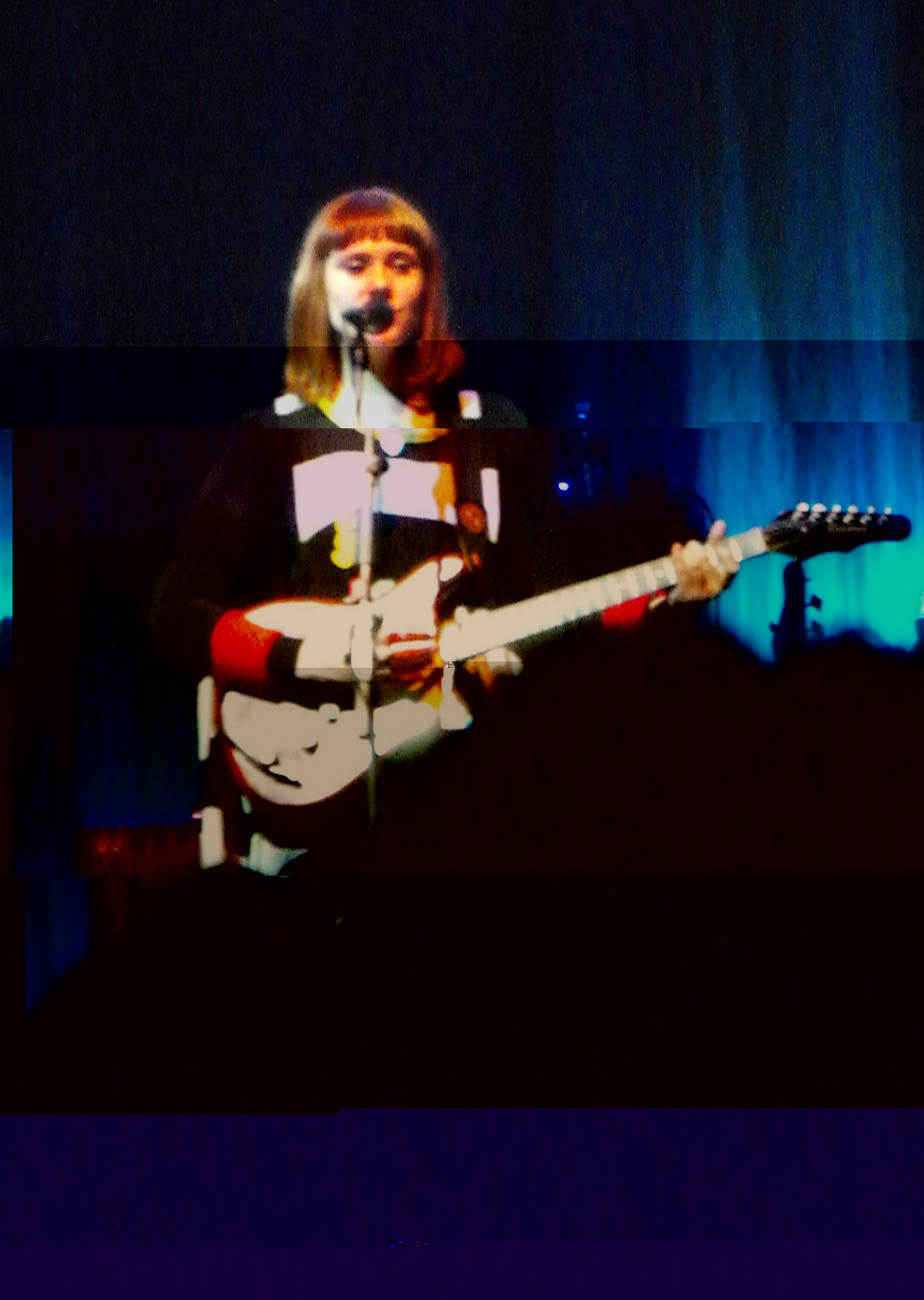 Photo: Kate Nash strums the guitar as the audience sways to her quirky sound.

Photo: Kate Nash strums the guitar as the audience sways to her quirky sound.

In lulls, audience members declared their love for the charming singer who would reply very politely "Thanks." In one instance, an audience member asked Nash to marry him, she comically replied "Seriously?” and joked about how if they were in Vegas she would. After a few angry songs filled with various profanities, the singer stated sarcastically, "Pardon my French." After a laugh from the audience she then revoked her comment saying, "I don't really care."

Nash surprised the audience, screaming into the microphone during multiple songs and letting her raw talent boom through huge loudspeakers in the front of the concert hall. During her controversial song, "Mansion Song,” passion filled Nash's voice and face as purple fog poured over the stage. As she spoke powerfully about women and self-respect, opera music played softly in the background and her band ceased to play. The audience focused solely on the singer who was ironically immersed in the purple fog, with no spotlight. When she finally began singing, Nash violently thrashed her body and let emotion devour her as she sang angrily into the microphone.

The quirky singer fired from one intense song to the next. During "Skeleton Song,” the singer screamed out the climax and accidentally forgot the reintroduction to the rest of the song. She looked around at her band that had continued to play the song. With a pause and an embarrassed smile and laugh, Nash calmly apologized and restarted the song with her striking voice, hitting the notes just right.

Nash ended the concert with a cult favorite, "Merry Happy,” letting go and dancing along. The audience sang along loudly, dancing to the cheery song. She thanked the audience for their enthusiasm and exclaimed, "I can't wait to come back here,” in her delightful British accent. The audience would not let the fabulous concert come to an end, screaming loudly for an encore. After a brief sound check and four minutes, the pop star modestly reentered the stage adorned with shrieks of joy from the crowd.

For the encore, Nash played her "Pumpkin Soup” song while the audience danced to the upbeat tune of the song. Nash proceeded to stand on her keyboard chair and dance along to her own beat along with the audience, while the band danced along in the background.

Throughout the concert, Nash's quirky, raw, real energy consumed the singer and the audience. Nash periodically danced bounced around stage singing her heart out, not caring whether she was in the right key or not. However, her music always sounded fabulous and performance was absolutely mesmerizing. When the lights came up, people filed out of the 9:30 club with smiles on their faces applauding the astounding show.