Surrealism is about making the unreal seem real. Ironically, it's one of the most effective mediums for commenting on reality. In the end, visual art is just as much about the artist as it is about the creation. Two of Blair's most eccentric artists can relate to that. 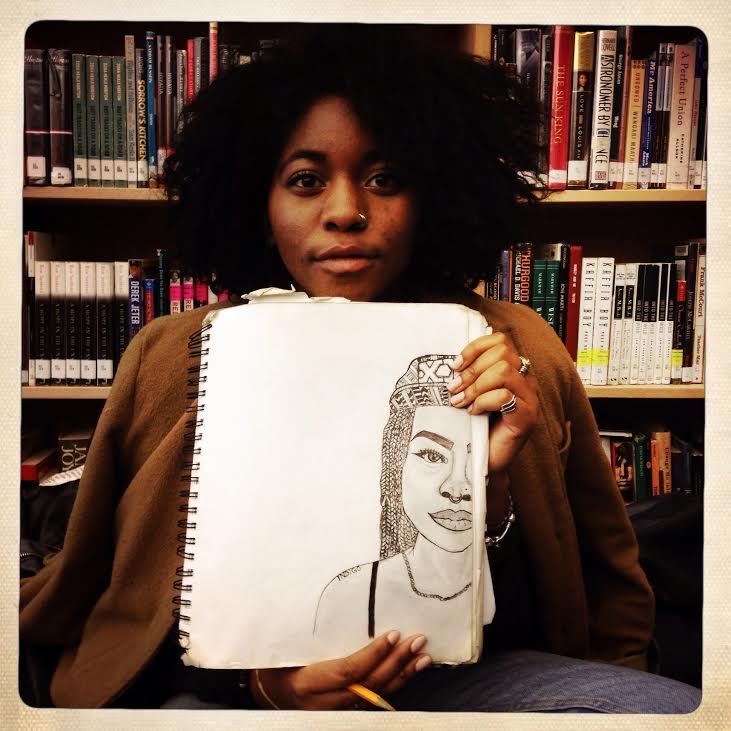 Indigo Byrd is a tall junior with deep purple lipstick and a trendy sense of style reminiscent of the mid-90s. She describes herself as a "skateboarding belly dancer who occasionally likes to do gymnastics." In one word, Byrd is an artist.

Byrd's drawings look like a frantic maze where lines race alongside each other to form a cohesive image. She draws in the style of American tattoos. She also makes murals, characterizing them as "almost like Banksy and Salvador Dali met and decided to get drunk and paint on a wall." However, her art is not as much about what she uses to create a piece, or even the piece itself: it's about her ideals and her life. "It's not like sometimes my art is like life, fun, doodles. But a lot of times my art has a meaning that a lot of people wouldn't understand unless they personally know the artist," she explains.

In another word, Byrd is a feminist. Many pieces of hers depict naked women as a celebration of different body types. "I guess [I'm] making the female body not so trivialized simply because it's so sexualized to the point where women can't walk topless in America without being arrested but a man can," Byrd says.

Tumblr, the popular blogging site, is emerging as one of the most accessible platforms for sharing artwork and social justice commentary. Within the past 4 months, Byrd has garnered 2,000 followers on her Tumblr account. Byrd has also showcased her art at the Pyramid Atlantic and at her old middle school. But when Byrd exhibits her art in galleries, she posts anonymously. "Literally, they'll have a full page synopsis of who the artist is, what they've been through and the name of this piece, and then no name," she explains. She credits two reasons for this. One, because she hasn't found a pen name cooler than her own (which means blue bird), and two, because she isn't self-confident enough to share all her work openly. "That opens me up to judgment that I'm not quite ready for because I'm only 16 years old," Byrd says.

But even if viewers don't know Byrd's name, or where she's coming from, Byrd insists art is always about the feeling the artist gets when creating the work, and the feeling the viewer gets from seeing it. "It's the most unjudged form of expression, but when it is judged, it's usually good judgment and even if it's bad you at least know that your art is making someone feel something. So you know it has an impact either way," Byrd muses. 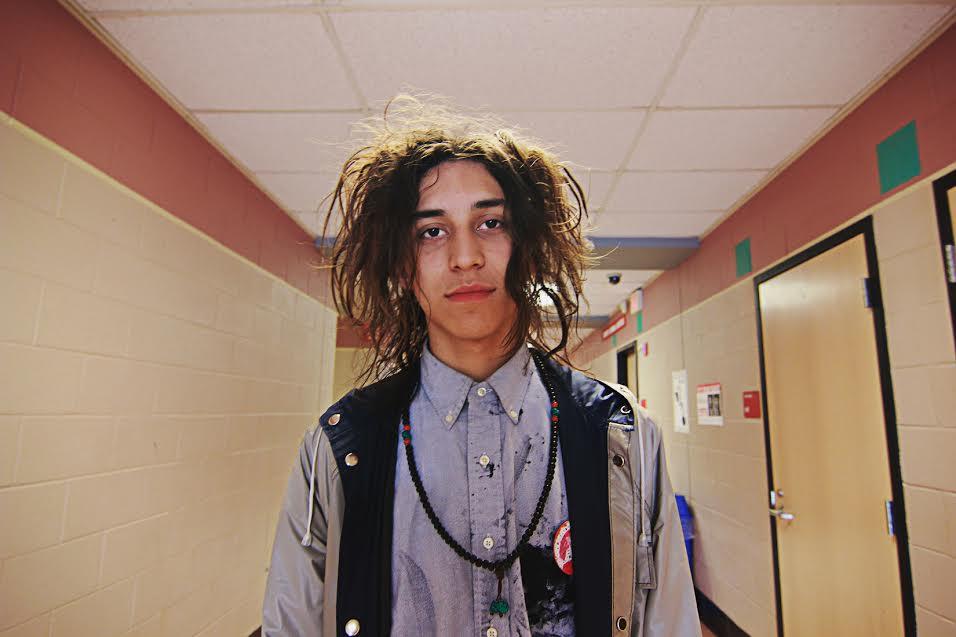 Photo: Senior Max Humphries draws his influences from Salvador Dali, Keith Haring, and Picasso among other abstract artists, but he says his works "look like life."

Photo: Senior Max Humphries draws his influences from Salvador Dali, Keith Haring, and Picasso among other abstract artists, but he says his works "look like life."

Senior Max Humphreys used to skip class in elementary school to go to the art room, sitting in the back for fear of getting caught. Sometimes his teachers would find him and tell him to go back to class, or he'd get in trouble. At Blair, Humphreys has found himself in trouble with school law for putting graffiti on various parts of the school. He doesn't show signs of regrets for this, either: he was just expressing himself.

It's a Wednesday and Humphreys saunters down the lunch line. He wears a tan jacket, under which pink paint stains his white shirt. His hair, matted and wild, sprouts from his head. The art that he creates, he assures, "looks like life." Humphreys' art seems accessible because it's made with simple materials like color pens, but the imagination of his drawings seem to distort reality. "[My art] is like my dreams. And I take pieces of like history and what I'm dreaming and I just mix it together and make art," he explains.

Humphreys' art is reminiscent of the surrealism of Salvador Dali for a reason: the man is one of his idols. He also lists Picasso, Basquiat, Warhol and Haring as inspiration. "They're cool. I like the pop look," he says. But just as it took time for these artists to get noticed, Humphreys' success isn't immediate. At the Silver Quill show at the Pyramid Atlantic, Humphreys's work was posted towards the bottom of the end of the art wall. "I didn't see people looking at it, though; it was kind of covered. And I realized that people don't even look at the surreal stuff," he says. Humphreys still enjoys realistic art though. "I like the realism. Just sitting down at a park and drawing a tree, I used to do that in middle school. That's when I first started drawing, just drawing trees and plants," he reflects.

If anything comes to Humphreys when he's drawing in his sketchbook or sitting in front of a canvas, it's color. "That's just what I'm really into, to making stuff pop. I want to make a mix of traditional and surreal like Salvador Dali mixed with something else that I don't even know of," Humphries explains. Currently, Humphreys is working with the concept of metamorphosis and how it relates to human growth.

Humphreys believes that all types of art are connected. Humphreys explains that his art, which he creates in the spur of the moment, is "just like making a song, or poem. It's like one line and you keep going. And new words come to you and new ideas come to me. Painting or drawing, I just do it." One way Humphrey himself is an example of the versatility of art is his participation in hip hop group Publik Theory. He showcased at two shows with them in April. At one of these shows, he made a live painting.

"Drawing is the honesty of the art"

The most important part of surrealism is that there's a reality to comment on. And the way the artist interprets this reality is what makes it special. Art may speak for itself, but the artist behind it always has a unique voice.