A look back at the British monarchy’s history of complicity 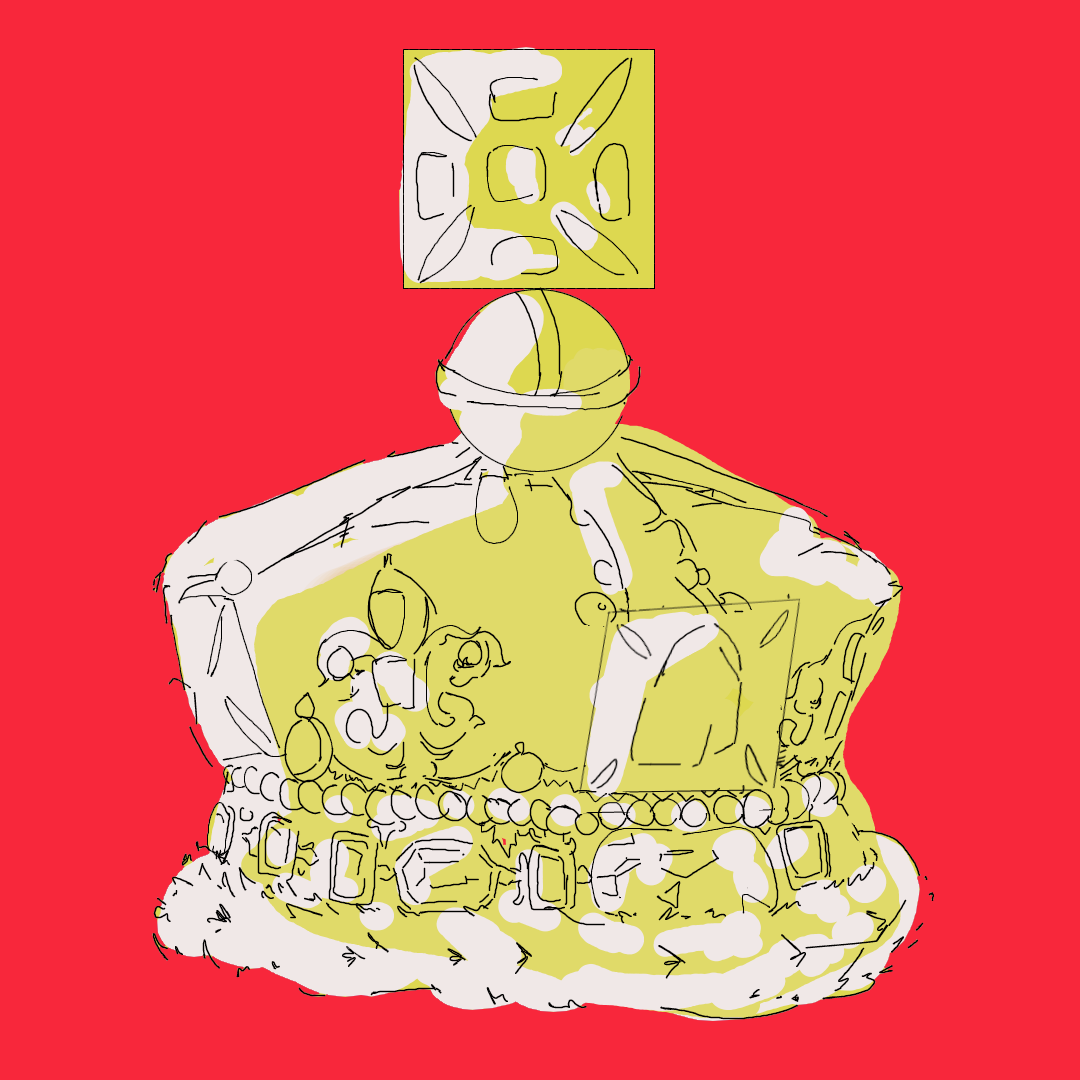 Legacy of the Crown

Photo: The legacy of the crown is complex.

Photo: The legacy of the crown is complex. Photo courtesy of Bitanya Hailu.

For seventy years, Queen Elizabeth II was the reigning monarch of the United Kingdom. Her death on Sept. 8 brought to head a long past due discussion about England’s history of abuse, colonization and the lasting impact it had on the Commonwealth. Despite this troubling history, many see Queen Elizabeth as this figurehead, the virtuous grandmother of Great Britain. So why are people so infatuated with the monarchy, despite its abusive, exploitative and colonial infamy?

Queen Elizabeth II was one of the most influential parts of England’s modern culture and history. She occupied the throne longer than any other monarch in English history, one of the reasons why British people are especially connected to her. “She was always there,” Robert Gibb, Blair’s AP European history teacher says. “She’s mother England… that grandmother that people hold in their hearts.” In the same sense, people feel connected with the monarchy because it has always existed. “It’s such a part of the fabric of Great Britain's history, that it’s hard to shake,” Gibb says.

The queen was glorified, she never faced the scrutiny that the rest of the royals were met with. “They’re [the royal family] in the public eye, England [watches] every little step,” Gibb says, but “you don’t touch the queen.” While this untouchability is partially because she was head of the royal family, it is also because of the length of tenure, living and ruling while Britain was still an empire.

Being an eternal, maternal, presence in Britain allows people to gloss over the less savory aspects of the monarchy. According to British-born Blair sophomore Nebula Myers-Coff, she is leaving behind a complicated legacy. “She’s definitely leaving behind the last link to colonialism in that country,” elaborates Myers-Coff.

No matter how loved Queen Elizabeth was, she is a symbol of more than England as a country. She represents complicity towards the brutal suppression and resource exploitation of colonial economies. The role of the royal family is to undertake representational duties for the nation. As the face of Britain and the head of the monarchy, she had a choice to speak out and condemn the empire, and choose silence. The British monarchy was an institution of oppression, repression, and the forceful extraction of labor for colonies’ natural resources. The royal family is under the heat of public frustrations because they are members of a system that has deprived countless lives.

Colonialism in Britain is not buried deep in British history. Much of it has occurred within the past century. While the United States threw off the shackles of the monarchy way back in 1776, many countries were colonized and only threw off those shackles within the last fifty years. Countries like Zimbabwe who only gained independence in 1980.

The queen and the monarchy are a symbol of Britain's denial to address these colonial crimes. Crimes in places like India, where colonial subjects suffered poverty, malnutrition, disease, and cultural and economic exploitation. The Empire took India’s thriving industries, and destroyed them. “They were basically plundering us,” says junior Raunak Banerjee, one of the co-leaders of the South and South East Asian Alliance Club.

Through torture and cruelty, Britian extracted vast sums of money from the economy, leaving the country incredibly lacking. Even after India gained independence in 1947, it still faced problems like corruption and discrimination, creating greater obstacles for economic growth.

In 1919, peaceful, unarmed Indian protesters came together to object to the extension of emergency measures regarding imprisonment without trial. In response, British forces were brutal and relentless, resulting in the Jallianwala Bagh massacre. Now, the same system that perpetuated these brutalities stays silent.

The case of Kenya is another example of harsh colonial rule. During the Mau Mau rebellion, a militant group of Kenyans rebelled against British authority to fight for political representation and freedom. In response to Mau Mau, the British empire swept Kenya’s capital Nairobi for members and sympathizers of the rebellion, leading to their internment. Rough 1.5 million people were forced into “enclosed villages” (which were really concentration camps), where they were subjected to torture, rape, and countless violations. This rebellion lasted from the start of Queen Elizabeth’s reign in 1952 to 1960.

Kenya gained its independence three years later, but the effects of colonization are still impacting Kenyan economy. Its economy’s external linkages place it at the mercy of fluctuations in world prices. It is still functionally and monetarily dependent on Britain. Because its economy is not adequately diversified, it relies on selling few primary commodities. Consequently, income inequality and poverty have become more prevalent in Kenya since its independence. British detachment from Kenya as a colony does not erase the actions and violations of the empire.

The legacy of the crown in former colonies is instability and systematic oppression that continues to this day. There has been no condemnation, no apologies, just complicity. The British Empire’s history of violence was apparent long before the Queen’s reign, but that is no excuse for her inability to address and condemn these crimes. Colonization is an unforgettable reality for countries all around the world. As one of the most powerful and impactful colonial interests, the British Empire contributed to a lot of suffering.

During the Queen’s reign, 17 countries became republics, and discarded the monarchy. Numerous countries continue to be a part of the English Commonwealth, but after the Queen’s death, Myers-Coff believes that might change. “[The Queen] was the only thing keeping people from liking the monarchy… It’s very divided… I personally think a lot of countries are going to try and break off from the Commonwealth because people really only liked her,” they say. As countries separate from Britain, they are also detaching themselves from Britain's history, especially the parts of its history that have gone unaddressed and uncondemned.

The queen’s role as monarch was to take on representative duties for the country. Her silence has enabled Britain’s silence. Her reign was defined by avoidance of contentious, so-called “controversial” topics. As the royals enter a new era, they have an opportunity to address these topics.

Sorrow and regret are not enough. The Empire completely decimated former colonies' development. Britain profited off imperialism and the livelihood of their colonies. “India… all colonized countries… would have been much farther ahead if not for colonization,” says Banerjee.

The next move is reparations. Because previously colonized countries have little leverage, calls for reparations in the past have been silenced. Now is the time for these demands to be met. Reparations go beyond monetary compensation. It’s about real justice. Many of the poorest countries in the world are former colonies that owe billions to the UK. Reliving this debt could be a possible step towards justice.

Queen Elizabeth’s death has reignited conversations around the violent atrocities of the British Empire. The queen's complicity was never a good answer. Looking into the future, there’s no way to get around these discussions. It’s past high time for the monarchy to apologize and repair the damage its caused. While it may be too late for the queen to mend the legacy she left behind, it is not too late for Britain to move towards justice.