A teacher's political opinion should be left out of the class

Teachers are among the most influential people in a student's life, but one area which teachers should not influence students is the political arena. A good teacher should provide an open forum for discussing important issues which can include politics. However, when teachers share their political opinion, it destroys what is supposed to be a classroom open forum by influencing a student's political opinion or making them uncomfortable to share a political viewpoint. 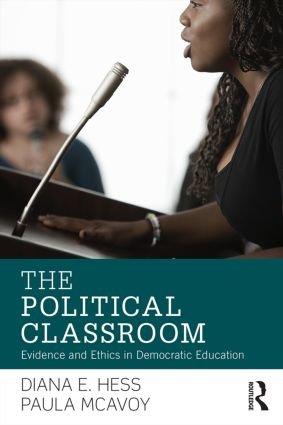 A teacher's political opinions can impact a student's political leanings. This goes against everything a class is supposed to represent. Coming from a position of authority, a teacher's opinion may come off as a fact. This can be further reinforced if the student isn't prepared with enough evidence to contradict the teacher's opinion. There are some horror stories of teachers brazenly declaring their political beliefs to students and it having negative effects on the teacher, student and school. In 2013, Brevard Community College released a statement saying that it would move to fire Sharon Sweet, an associate professor of mathematics, who inappropriately pressured her students to support the reelection of Obama back in 2012. The problem with students being driven to agree with their teacher's political opinion is that it tells students what to think, not how to formulate their own opinions. Classrooms exist to provide a student the resources and methods to make an informed decision for themselves.

A teacher's political opinions can make a student feel uncomfortable sharing their political opinion. No two people have the same exact political opinion, much less a whole classroom. There will always be a person or people in a classroom to disagree with a teacher. A student, especially in the case of a student whose views differ from the teacher's, can develop an adversity to sharing their political beliefs in class because it differs from the opinions of the top authority in the classroom. Sophomore Aaron Shoham has seen this himself. Shoham has seen other students be ostracized for saying that they're Republican or have conservative viewpoints. "Sometimes they [teachers] just share political opinions, I mean it's bound to happen,” Shoham said. 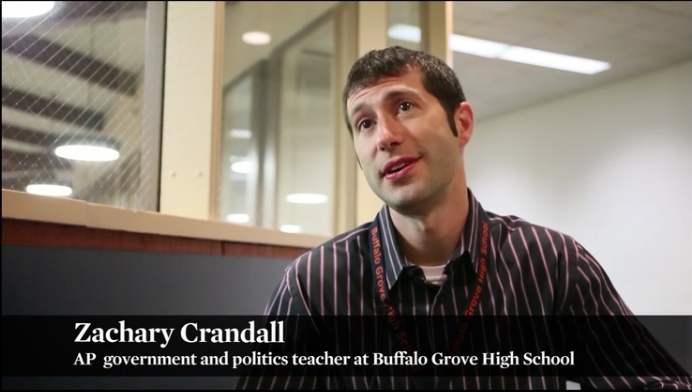 It is possible for teachers to have an open discussion about politics without sharing their own opinions, while still fostering an effective learning environment. Take the case of Buffalo Grove High School teacher, Zachary Crandall. Crandall, a government and AP History teacher, places particular emphasis on remaining unbiased in his teaching. "I don't want [them] to feel any information I'm presenting is in a biased way," Crandall told the Chicago Tribune. Similarly, Blair U.S. history and philosophy teacher Kevin Moose shares his political opinions with students on occasion, but always tries "not to influence what they think.” Moose's goal, he says, is to make students "feel comfortable” in sharing their political opinions.

Students don't want to have their thinking defined by an instructor. Paula McAvoy, program director of the Center for Ethics & Education at the University of Wisconsin at Madison and co-author of The Political Classroom: Evidence and Ethics in Democratic Education, summarized this sentiment to the Chicago Tribune. McAvoy stated that students "want to figure out the problems of the world and not be told what to think." Crandall, Moose, and their teaching methods create "the political classroom," the concept of a class as outlined in The Political Classroom in which students learn how to debate and elaborate on their own views. In the Political Classroom the main focus is teaching students how to deliberate, weigh evidence and present arguments on political issues.

The Political Classroom should be the goal for all teachers who wish to host a meaningful political discussion between the students. This is most achievable by teachers keeping their political opinions private before it severely impacts students.