Singer, songwriter and Class of 98 Blair graduate Eric Hutchinson released his sixth album, Class of 98, today (July 10). This album hits close to Blazers and alumni: it focuses on Hutchinson’s experiences growing up in Takoma Park and attending Blair in the 90s. In just 33 minutes, Hutchinson successfully captures some of the greatest emotions that students encounter over the four years of high school. 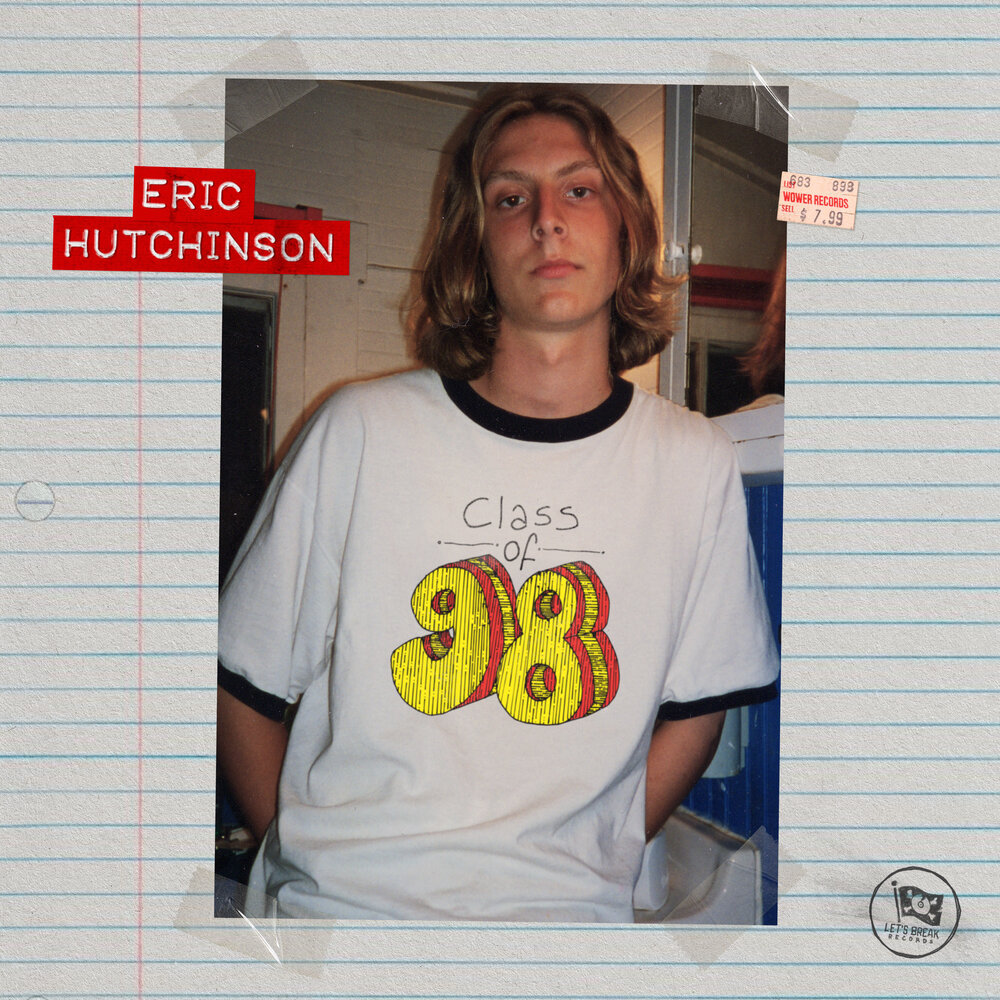 Upon listening to the album for the first time, two things are crystal clear: high school is rough, but it also hasn’t changed that much since 1998. Peer pressure filled friendships, first time relationships, and feeling lost are shared themes in most people’s high school experience.

The album opener, “Rock Out Tonight,” centers on an angsty, danger-craving teenager looking to have fun without knowing exactly how. Hutchinson name checks his 1990 Ford Taurus and Rockville Pike, the spot where the cool kids seemed to hang out at the time.

In contrast, “Drunk at Lunch” and “Cooler Than You” tackle what it really means to be a cool high schooler. “Drunk at Lunch” addresses feeling out of place when all your friends are drinking, but you don’t want to. Hutchinson remembers having an open lunch at the old Blair, and his friends decided it would be cool to go to an upperclassman’s house and drink screwdrivers in his grandmother’s basement one day. “That was really confusing to me because I felt like I wasn't getting it or like I didn't know how to have fun,” Hutchinson said.

In “Cooler Than You,” Hutchinson’s 20 years of new perspective shines through. He sings, “You may win today but when I think it through / Nobody knows it yet / But I am cooler than you.” Hutchinson looks back to correct some of the misconceptions he held about life. “High school is a really important part of life, but it's not all of life. And it's in the end, it's only four years of my life, which is, you know, the older I get a smaller and smaller portion. So it's, I think there's life after high school,” he said. This is embodied on the song, which wisely puts forth that struggles in high school will lead to future success.

As for high school romance, Hutchinson admits that he was “girl crazy.” This was his inspiration behind “Lovely Lori,” which starts as an ode to one girl named Lori, but then brings in Jamie, Melissa, Marissa, Stephanie, Amanda, Anna, Nicola, Gina, Tina, Tiffany, and many more. “ I was in love with any girl that would show even the smallest amount of interest in me...I just bounced around from one girl to the next until somebody would say, ‘yes, I'll go on a date with you,’ or whatever,” he said.

“Anne Marie” is another song on the album about a girl, but this time she’s dating Hutchinson’s friend, Matthew Vanderwhite. With a humorous and sarcastic spin, Hutchinson shines a spotlight on the craziness of relationships in high school that everyone goes through in some capacity. Most of the names he included in the songs were actually people he knew back in high school, which adds another layer of authenticity and relatability to the music.

Hutchinson credits his open mindedness and musical start to living in Montgomery County and being a part of the CAP Program at Blair. He noted that he dislikes high school movies, which are widely stereotypical, specifically because they don’t feel like Blair. “There wasn’t the prom king and queen, and there wasn’t the quarterback of the football team. It wasn’t so cut and dry. It was like you could be really popular in one hallway, but then I would go over one hallway and everyone’s speaking Vietnamese and they don’t give a damn about what I want to do or what I like. There was something really grounding about all of it,” Hutchinson said.

As for music, Hutchinson first started learning how to play the guitar in his freshman year of high school. He used to skip lunch and sneak into the band room, where he would spend time learning songs or playing songs for a friend he brought with him. The creativity within the CAP program also fueled Hutchinson’s passion for music. “Maybe my friends don't want to get high and get drunk; maybe they want to make something we can actually listen to later and be proud of,” he recalls thinking. This gave Hutchinson something constructive to do with his friends, and ultimately turned into his livelihood. 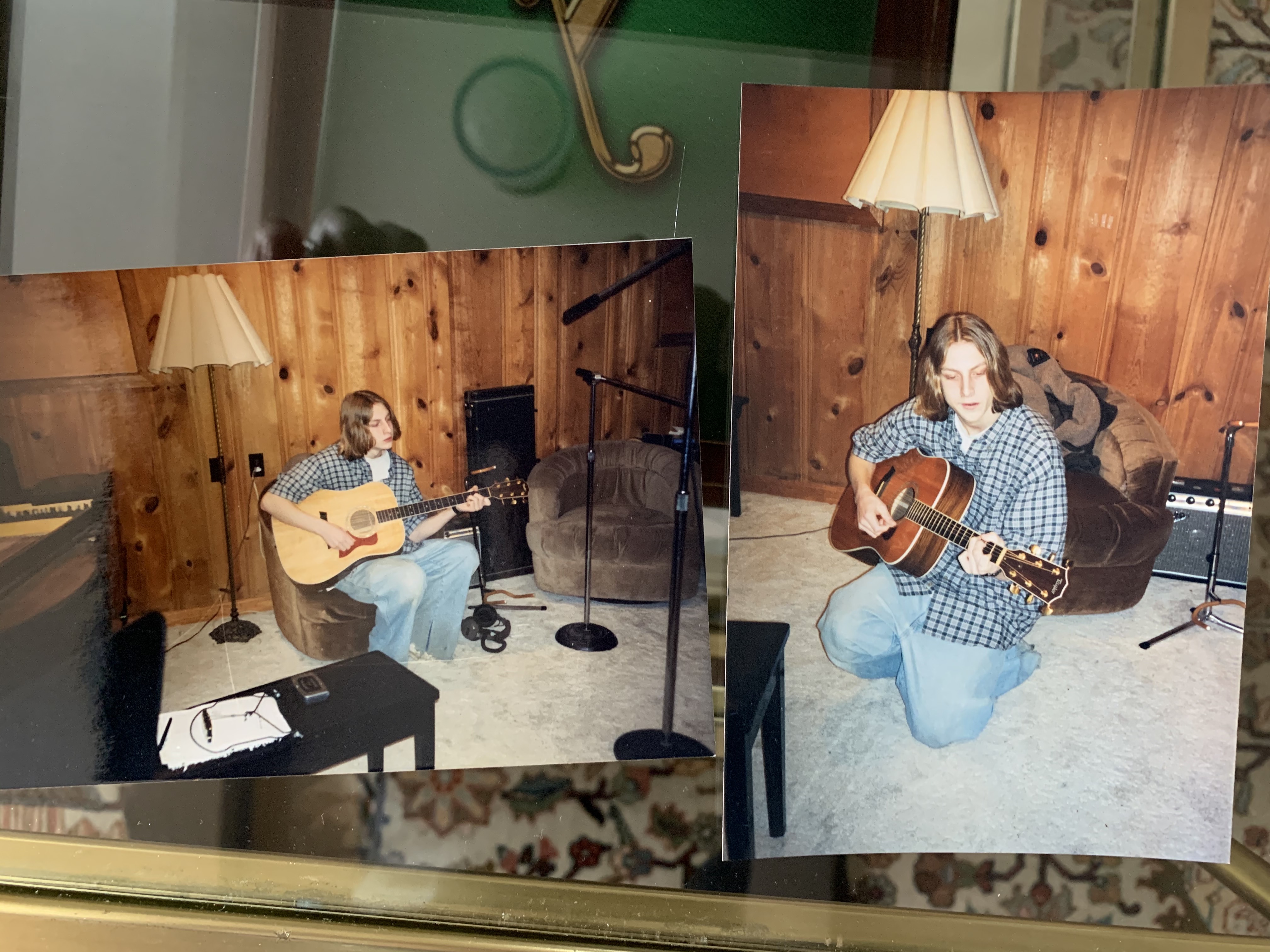 Class of 98 was a fun album for Hutchinson to make, sending him back to his high school days, remembering his peers and reflecting on how his life has changed since then. “In a lot of ways I like high school better now when I don't actually have to be going through it,” Hutchinson said. Hutchinson normalizes the struggles of high school and offers his own insight within the album. “I hope if you've had a difficult time, you'll keep going and figure something else out. And if you loved high school, congratulations, you're going to probably love everything,” he added.

As a member of the last graduating class of the old Blair, Hutchinson also believes he shares something in common with the class of 2020, whose senior year got cut short due to COVID-19. “We sort of graduated and then the thing kind of just evaporated...there's something weird about the fact that we couldn't ever go back to the school that we all went to. So there was something kind of intense about leaving Blair around then as well,” Hutchinson said.

The July 10 release is extra special because the album has already been pushed back twice. The original release, set for April 17, was pushed back to June 12 due to COVID-19. Hutchinson made the decision to postpone the album once more to keep focus on the Black Lives Matter movement.

“In the wake of everything that has been going on with the #BlackLivesMatter protests and movement, I’ve been reflecting on how fortunate I was to grow up in Takoma Park and Silver Spring. I’ve already been doing a lot of thinking about high school and my formative years, and I’ve been reminded of just how diverse, vibrant and multi-cultural our community was and is, and what a gift it is to be given the opportunities and exposure that Montgomery County affords. Blair is a special place and I’m more proud of being a Blazer than ever,” Hutchinson said at the time.

Class of 98 is available to stream and purchase today. If you’ve ever been in high school, this is definitely one album worth checking out. “I’m hoping there's some sort of commonality in that, no matter when you went to high school, if you listen to this, it feels like high school,” Hutchinson said. And it does. Hutchinson’s memories are relatable and his advice echoes throughout: “just live your best life, be kind to people and try not to regret anything.”

Samuel Schulman. Hey folks, I'm Sam. I'm a videographer and aspiring stand-up comedian from the class of 2021. I enjoy tech, video production, and being a general annoyance to Mrs. Elie. More »

Wonderful interview and article! You have captured the ray of sunshine that is Eric Hutchison!