Political scandals should be met with harsher consequences

On May 27, America woke up to yet another political scandal. After releasing a sexual picture on Twitter, Representative Anthony Weiner decided to seek treatment and resigned his position yesterday, "to focus on becoming a better husband and healthier person," his spokeswoman said on Saturday. The only type of treatment Weiner needs is a good dose of common sense. Sadly that does not come in a pill form. 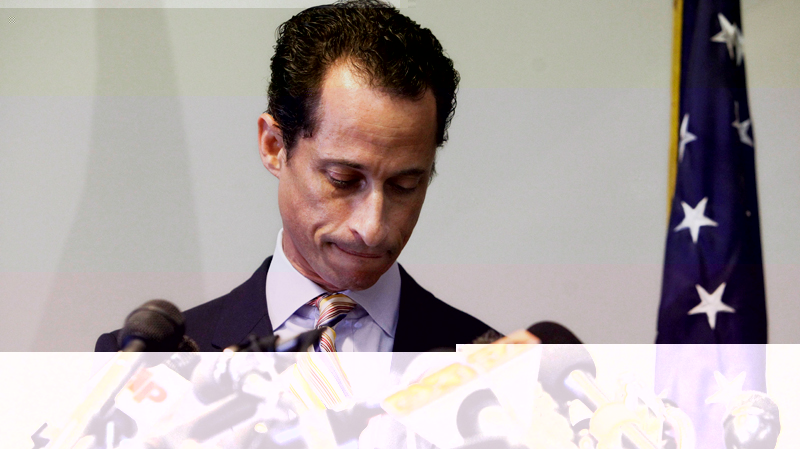 Photo: After releasing a sexual picture on Twitter, Weiner decided to seek treatment and resigned his position.

Photo: After releasing a sexual picture on Twitter, Weiner decided to seek treatment and resigned his position.

Weiner sent a link via Twitter to his photograph on his Yfrog account, a photo sharing database connected to twitter account. That picture was immediately sent to more than 46,000 of his followers on Twitter. When the picture was taken down, Weiner's representatives initially denied that picture was his. Ever since the scandal broke, there have been many allegations being thrown around. But according to the New York Post, Weiner initially tweeted only that his Facebook page was hacked, not his Twitter account. Then, hours later on May 28, the spokesman claimed in an e-mail that the congressman had fallen victim to an all-consuming hack attack. Since then, Wiener has taken responsibilities for the picture, resigned from Congress and is reportedly going to seek treatment at an undisclosed location.

Having an affair is a sad, yet common occurrence that has become a praxis within America's political society. Some may argue that because politicians have wealth and power, they feel the need to also be above the law. Some spectators might also stick to the argument that "men will be men.” But when a politician pledges to uphold a statue of honor and respect to his or her constituents, there is no reason to break it. Politician after politician has been caught cheating, not only on their spouses or significant others, but on us, Americans. Voters elect people into office because they are held to a higher degree, of influence and morals.

Weiner may be the focus of the media, but in terms of political sex scandals, he is merely the latest addition to a much longer list. On May 16, the Los Angeles Times revealed that Governor Arnold Schwarzenegger had fathered a son with an employee in their household, a woman named Mildred Patricia Baena. Do politicians think that they are above the law or above any type of moral standards? Seeing scandal after scandal unfold, one would think these so called "representatives” would not only learn their lesson but actually have enough common sense to not be involved in such lewd behaviors. One politician after another has come forward and has given the same speech. They apologize for their behavior and they are taking responsibilities for their actions. Surprisingly, Wiener has taken a different approach; he is taking a leave of absence and plans to seek treatment.

Overall, this whole ordeal is just one in a series. The fact that politicians cheat is not surprising, it's what happens after the scandal unfolds. After having an affair with a prostitute named Ashley Alexandra Dupré, Elliot Spitzer received a job on CNN. He is currently the co-host of In the Arena; it's a talk-show that is broadcast on CNN. Weiner will probably end up getting the "treatment” he needs and he will return to serving his constituents through other means. It seems like an inevitable truism: politicians cheat but in the end there is no long term consequence.